Storms cause flooding, power outages in some Indiana cities 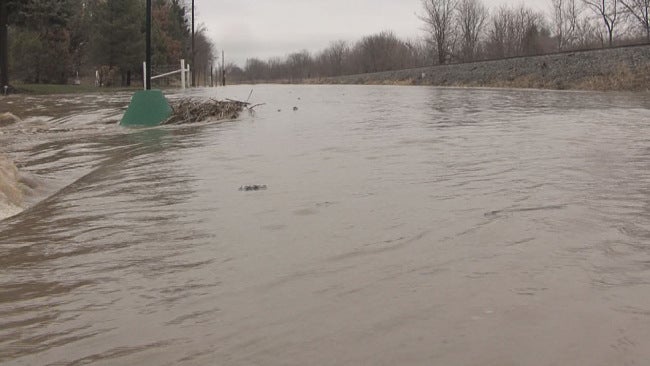 Water nearly a foot deep swamped the downtown area in the eastern Indiana city of Portland, closing a section of U.S. 27 and several city streets Saturday. Portland police Sgt. Bart Darby says no evacuations or rescues had been necessary after water rose from the Salamonie (sal-uh-MOH’-nee) River.

Streets throughout Muncie flooded during Friday night’s storms, with emergency crews having to help many people from stranded cars. High winds knocked down many trees in the Fort Wayne area, where there were some 30,000 power outages.

The storms dumped 2 to 4 inches of rain across much of the state’s northern half.