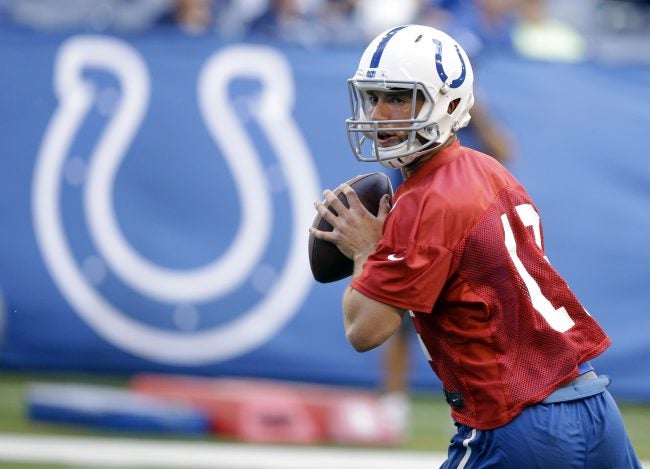 The franchise quarterback will remain with the Colts through the 2021 season.

According to the Colts owner Jim Irsay, the new six-year $140 million deal is the biggest in NFL history

Both the Colts and owner Jim Irsay posted messages on social media announcing the extension.

The former Stanford standout spent a fair amount of last season sidelined with a lacerated kidney and a partially torn abdominal muscle.

Luck sustained the injury during a win against Peyton Manning and the eventual Super Bowl champion Denver Broncos in November.

In Luck’s absence, the Colts finished the season with an 8-8 record, failing to qualify for the playoffs for the first time in Luck’s career.