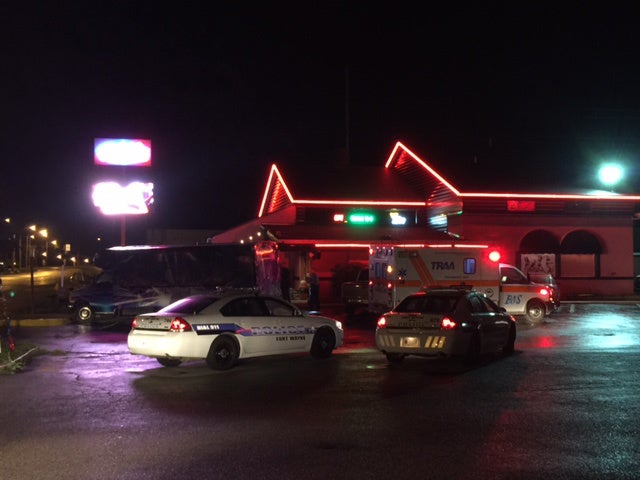 Police were called to Shangri La West at 2440 West Jefferson Boulevard just before 1 a.m. on a report that a customer with a machete cut two employees.

According to a police incident report, witnesses told police a man had been talking to a woman at the club when another man got upset and confronted the man. A fight then broke out and it spilled into the parking lot. At that point, the suspect pulled out the blade and began to swing it.

When the man began swinging the blade, witnesses said a man grabbed his arm, pushed the suspect against a truck in the lot and began to slam the suspect’s arm into the door of the truck trying to get him to drop the weapon, the report said.

While the club’s deejay worked to separate the men, one of the victims was sliced, the report said. Another man was cut in the scuffle, as well. One man was treated at the club by paramedics and another man was taken to a hospital. Neither had life-threatening injuries, according to police.

After the incident, the suspect got in a vehicle and left the area.

A woman told police that she went to the club with her sister and the suspect, who had been invited only “to make sure nothing happened to her sister,” the report said. The woman said at the club, she saw a friend at the bar and she hugged him. At that point, the two men launched into a fight, the woman said.

No suspect description was available Wednesday morning. No arrests have been made.