Man arrested in Bartholomew Co. after overdosing behind the wheel 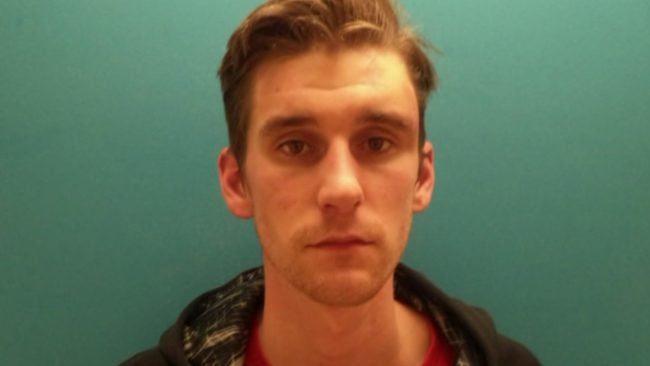 EDINBURGH, Ind (WISH) — Police in Bartholomew County arrested a man after a drug overdose in public. It happened Monday morning at the Rickers gas station across the street from the Edinburgh Outlet Mall.

Police said 25-year-old Garrett Mack pulled into Rickers gas station. Before he could make it to a parking space and before he was able to put the gear in park, he passed out behind the wheel.

“It just blows my mind that a person would do that. They would put so much at risk,” said Robbie Stone who has been troubled by the drug problem.

Ron Ward of Edinburgh added, “I didn’t realize that went on. I didn’t hear about that. This small community (you) usually hear about everything. That is a surprise. It’s an epidemic. It’s getting out of hand.”

Witnesses told police they found Mack with a syringe in his hand and his SUV was still in drive. Police believe he overdosed.

According to police, after several attempts to wake up Mack, witnesses eventually broke out his back window to rescue him.

“Saving people from overdoses, which is a good thing, but it’s not fixing the problem,” said Ward.

By the time police arrived, Mack regained consciousness. Crews rushed him to Columbus Regional Hospital where he survived; this time.

“I fear for their lives. I wish there was something that you could do,” said Stone.

After Mack was released from the hospital, police took him into custody. He faces a preliminary charge of possession or use of a legend injection device. Officers released him under a new pretrial program for offenders.