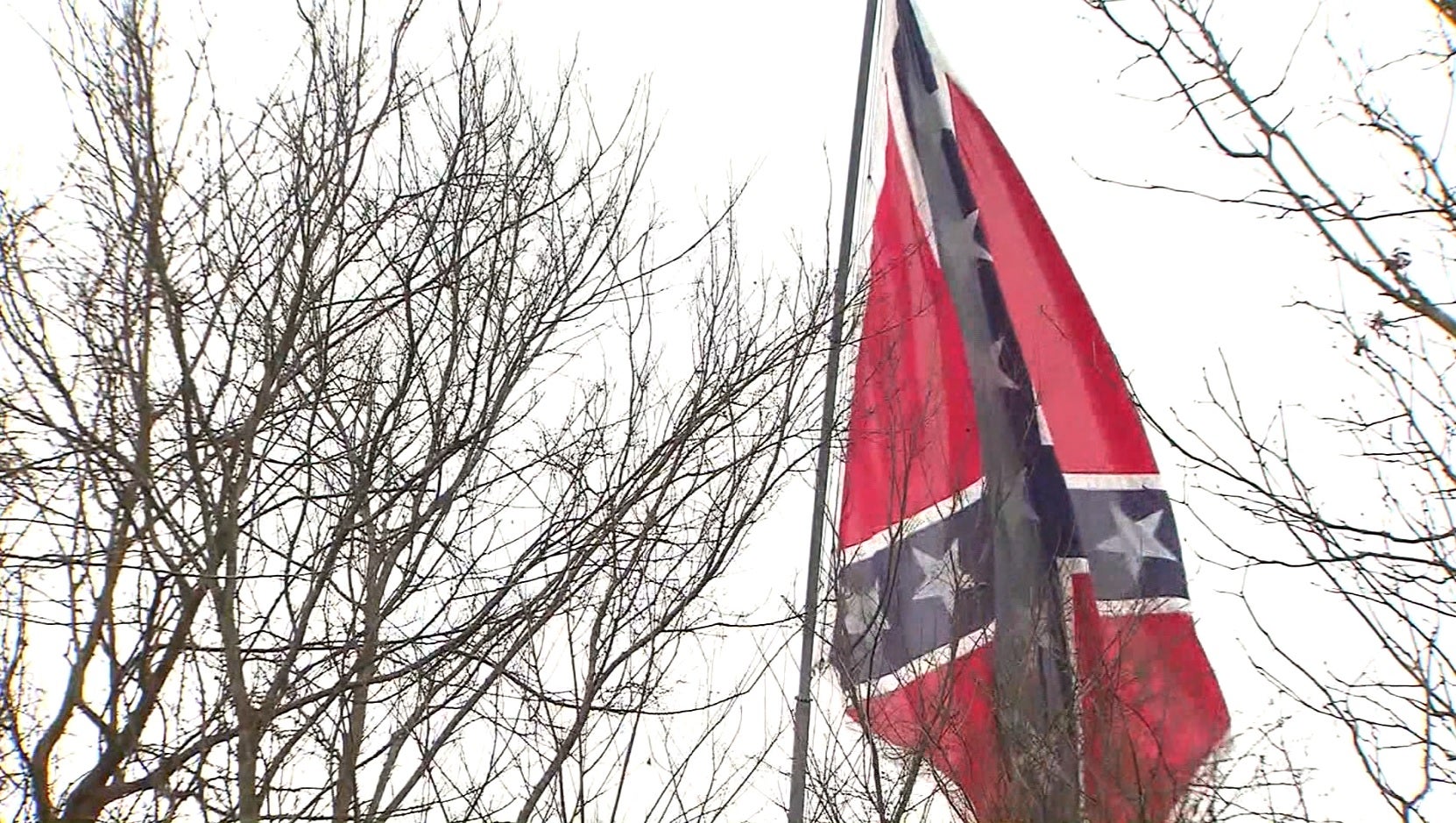 ORANGE COUNTY, N.C. (WISH) — A North Carolina man is refusing to take down a large Confederate flag that violates a new county ordinance.

WRAL reports that Robert Hall and his attorney maintain the flag should be grandfathered in since it was put up before the ordinance was in place.

On Monday, the county board confirmed that the flag was too large, with tension from the meeting flowing out into the hallway.

“The flag was not bothering anybody,” Hall said. “They can’t attack you. All they do is sit on the pole and wave.

But others disagree with Hall.

“It causes pain. And if he doesn’t care about pain he’s not being very neighborly,” said Robbyn, who didn’t want to give her last name to WRAL. “I only see hate, I can’t see their heritage.”

His attorney argues that taking it down would violate Hall’s free speech and damage him financially.