Trump says US leads world in testing. But it’s far behind in testing per capita, studies show 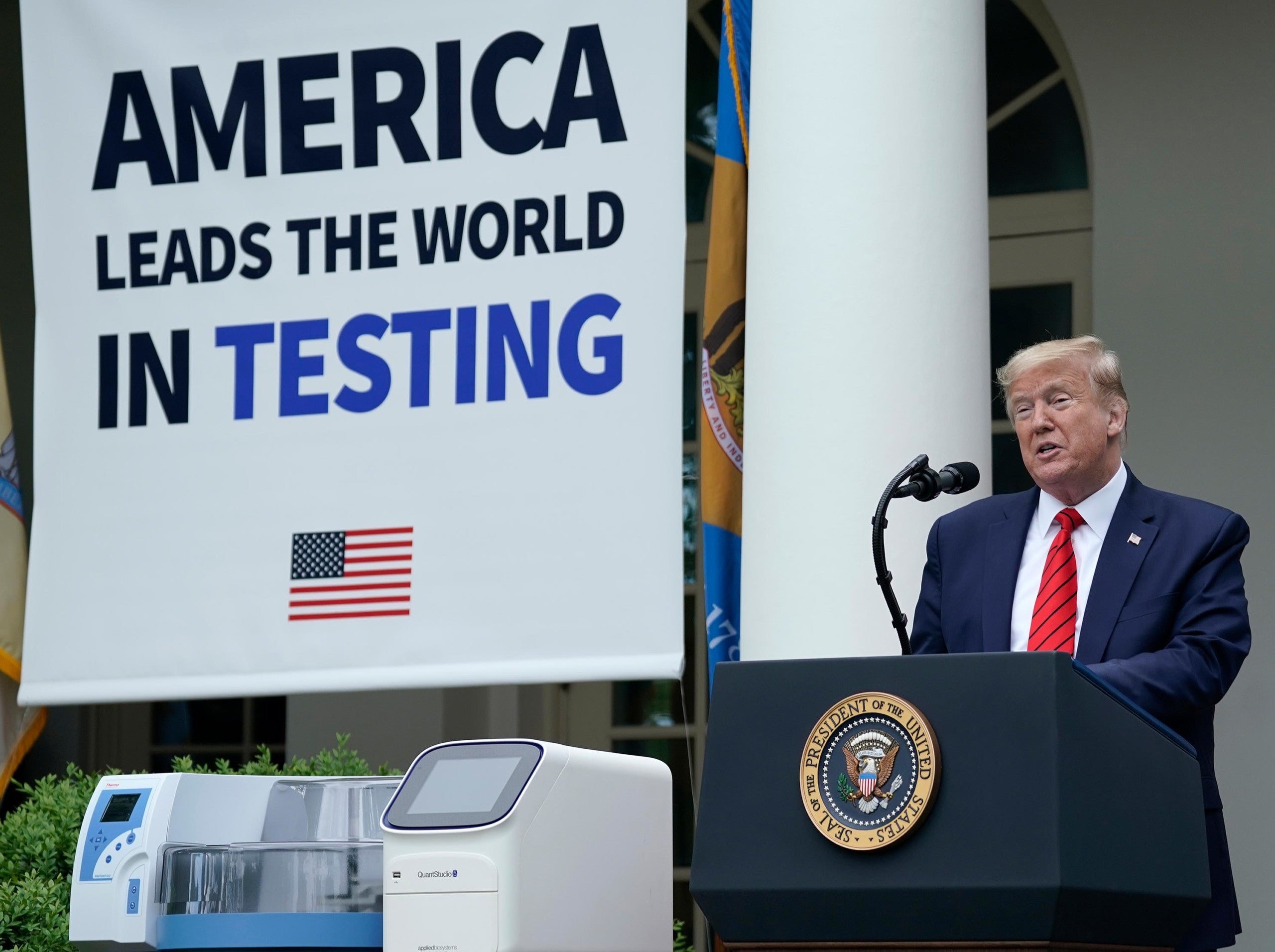 WASHINGTON, DC - MAY 11: U.S. President Donald Trump, flanked by tables holding testing supplies and machines, speaks during a press briefing about coronavirus testing in the Rose Garden of the White House on May 11, 2020 in Washington, DC. Several White House staff members and aides have recently tested positive for the coronavirus and three top health officials from the White House coronavirus task force are now self-quarantining after potential exposure. (Photo by Drew Angerer/Getty Images)
by: Holly Yan, CNN
Posted: May 12, 2020 / 11:13 PM EST / Updated: May 12, 2020 / 11:22 PM EST

“AMERICA LEADS THE WORLD IN TESTING”

While the U.S. may have performed the highest number of coronavirus tests, it’s nowhere near the world’s leader in testing per capita, multiple studies show.

And health experts say the U.S. isn’t close to the rate of testing needed to safely reopen the economy.

How many tests have been done?

By May 12, the U.S. had conducted about 9.6 million tests, according to the COVID Tracking Project.

As of May 11, the U.S. has performed an average of 28.24 tests per 1,000 people, according to researchers from Oxford University.

It’s important to note some individuals have received multiple tests. For example, Vice President Mike Pence cited his frequent testing as a reason why he chose not to wear a face mask.

Public health experts say we don’t need to test every American right now. But they say the U.S. still isn’t conducting enough tests to stop the spread of the virus enough to safely reopen the economy.

The Harvard Global Health Institute said the U.S. should be testing at least 900,000 people a day by May 15.

“This is due to a growing consensus among experts that the U.S. is faring worse in this outbreak than previously thought,” the institute said. “Social distancing measures have been able to stall the sharp increase of infection and death rates — but unlike in many other nations, new cases are only very slowly decreasing.”

How does the US stack up against other countries?

There’s no single definitive ranking system because there are variations in how some countries report their testing.

So CNN looked at different rankings, and each study showed that many other countries have higher per capita testing rates.

The independent data aggregation site Worldometer said the U.S. had the highest raw number of test completed as of May 12. But at the same time, the site’s data showed, more than 30 countries were ranked higher than the U.S. in per capita testing.

As of April 26, the U.S. ranked 22nd in the number of tests performed per capita, according to the Organization for Economic Co-operation and Development (OECD).

FactCheck.org, a project of the Annenberg Public Policy Center at Trump’s alma mater, the University of Pennsylvania, said Trump’s April claim about the U.S. testing more than “every country combined” was “way off.”

“The U.S. total is indeed more than any single country has reportedly done — but not more than all other countries combined,” FactCheck.org said.

“Adding together just the number of tests conducted by Russia, Germany and Italy — the next three countries that have done the most testing — would produce a higher figure. … So, Trump’s claim is not even close to being accurate.”

Lawmakers have urged the administration to keep ramping up testing to help states allow businesses and schools to open.

“All roads back to work and back to school run through testing. And that what our country has done so far on testing is impressive, but not nearly enough,” Republican Sen. Lamar Alexander of Tennessee said Tuesday.

But South Korea got the virus under control much earlier in its outbreak, thanks to prompt, widespread testing. The U.S. was much slower, due in part to faulty test kits.

And while South Korea has kept its COVID-19 deaths under 300, Romney noted, the US death toll is more than 82,000 and climbing.

“I find our testing record nothing to celebrate whatsoever,” Romney said. “The fact is (South Korea’s) test numbers are going down, down, down now because they don’t have the kind of outbreak now. Ours are going up, up, up, because they have to.” 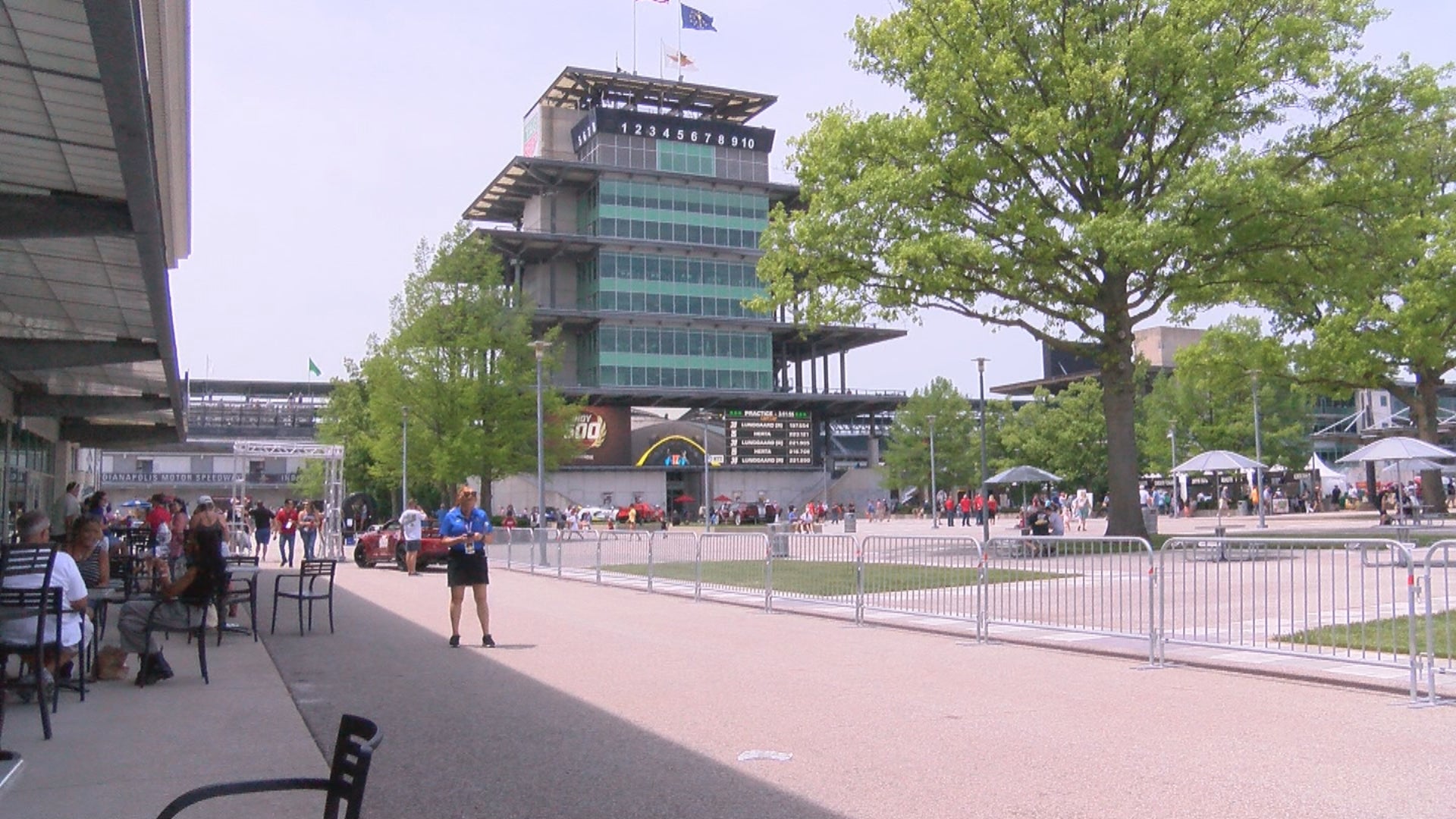 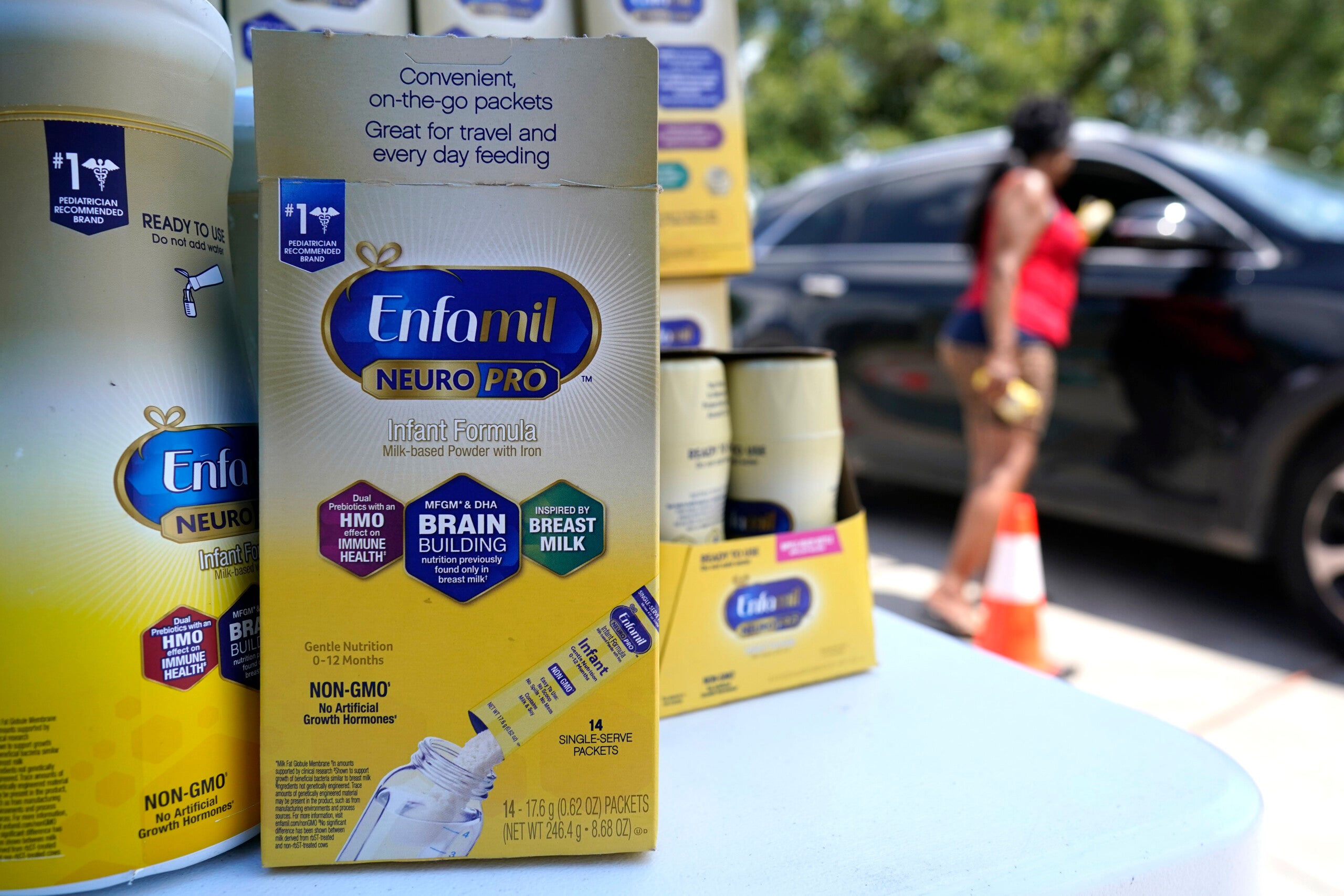