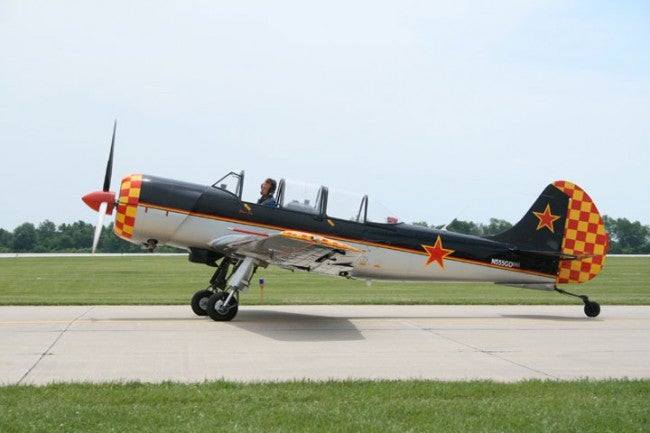 According to Lt. Turner of the Indiana Civil Air Patrol, the plane was discovered southwest of Lebanon early Sunday around 8:40 a.m.

The plane was found in a field. When the aircraft hit the ground it created a crater leaving only the tail visible.

Authorities say, the pilot was presumed dead inside.

On April 6 a missing persons report was filled by Foy’s business partner with the Indianapolis Metropolitan Police Department. Foy was last seen on April 3, it was believed that Foy was on his single-engine YAK-52TW.

Indiana Department of Homeland Security handed over the search on April 10 to the Civil Air Patrol. According to radar and cell phone data they collected, Foy’s aircraft left Eagle Creek and headed along I-65 to Lebanon. Data showed that the plane might be somewhere in rural Boone County, southwest of Lebanon

IDHS and the Civil Air Patrol, along with the Boone County Sheriff’s Department began their search on the ground just after midnight on Sunday. The search was suspended due to poor search conditions.

Crews began searching again Sunday morning, until the wreckage was located in the field.

The cause and crash were under investigation by the FAA and NTSB.

A make shift memorial at the crash site was set up late Sunday afternoon to remember Foy. A sign on a tree read “blue skies forever:”