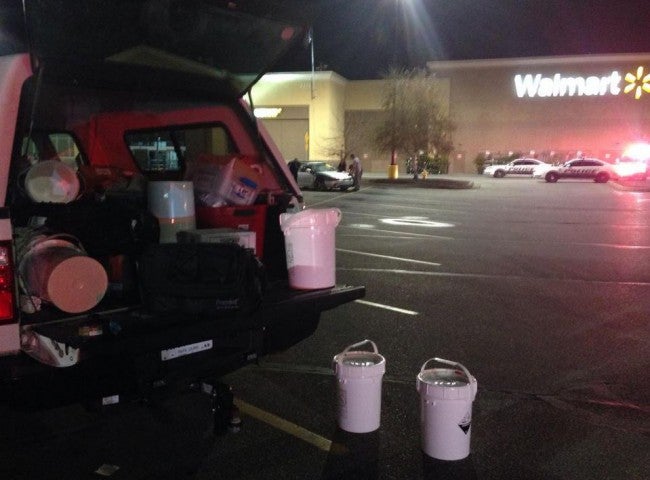 According to Plainfield Police Department, the meth lab was found at a Plainfield Wal-Mart parking lot around 6 p.m. That’s located at 2373 East Main Street.

The initial call for police came out as a domestic dispute. When police arrived they noticed what they believed to be a mobile meth lab. A search warrant was served and Indiana State Police searched the car.

A portion of the parking lot was closed off for about three hours while police investigated. The car was towed away around 9:45 p.m.

Police arrested one person and preliminary charged him with possession of precursors to make meth. He was booked in the Hendricks County Jail on Monday evening.

Police say this could have been a very dangerous situation given the location of the lab.

ISP, Plainfield police and the Plainfield Fire Department responded to the scene.