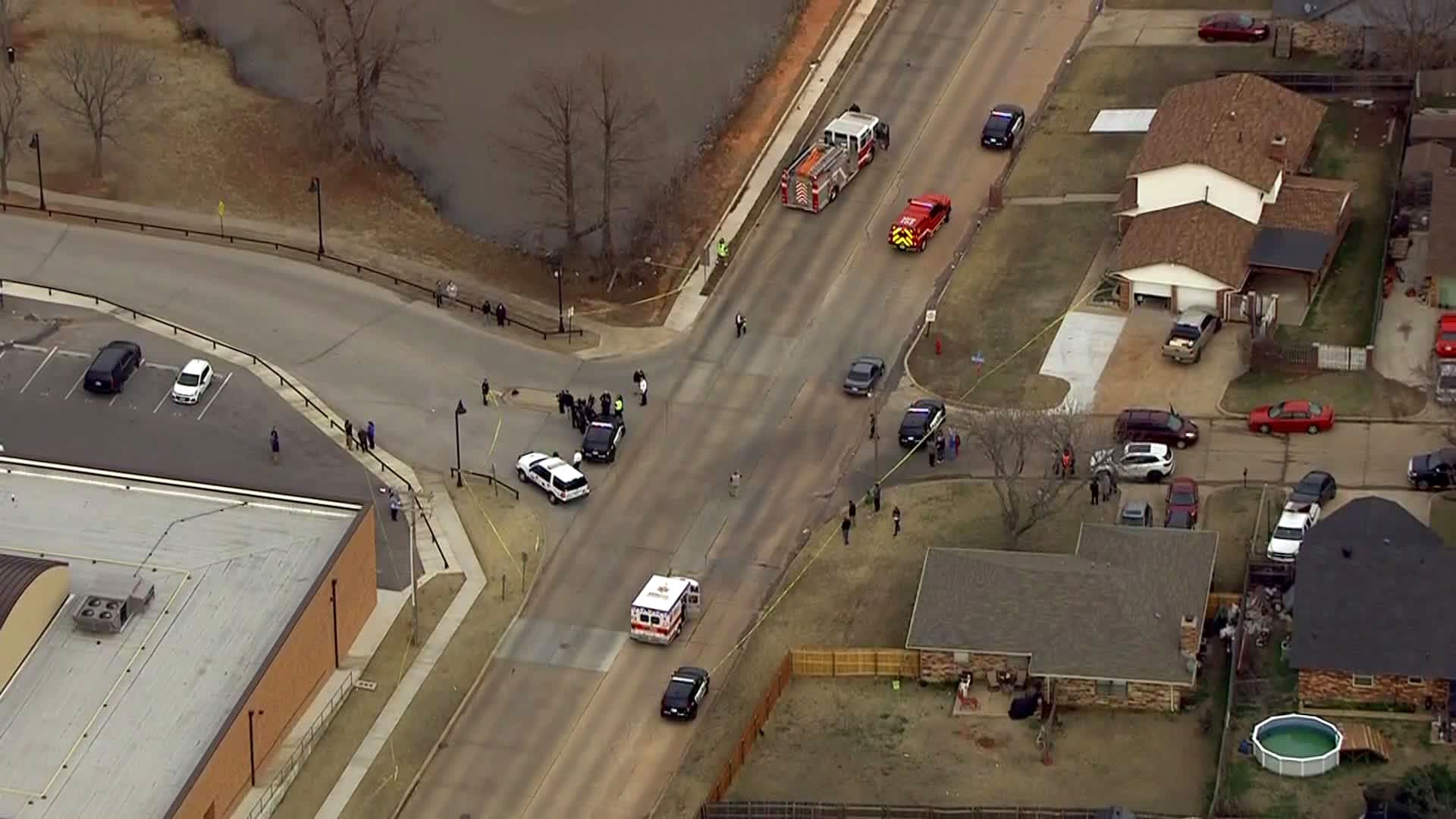 And the driver — arrested on initial charges of manslaughter and leaving the scene — had lost his own son to a separate car crash in the same city a day beforehand, and appeared to be impaired, police said.

Police say they’re still trying to figure out what led the crash that has left the community just south of Oklahoma City in mourning.

“I assure you: We will find out why and exactly what happened, and how it happened, and then deal with the individual that caused this,” Moore police Sgt. Jeremy Lewis said at a news conference Tuesday.

Two students have died; four have been treated at hospital

The students were struck around 3:30 p.m. Monday, and preliminary information indicates they were on a sidewalk at the time, Lewis said.

Two of the six runners have died, police said:

• Yuridia Martinez, a sophomore, died of her injuries Tuesday.

• Rachel Freeman, a senior, died Monday at the scene.

Freeman intended to sign a collegiate scholarship for cross-country on Wednesday, according to Dustin Horstkoetter, the school district’s safety and security director.

The other four injured are, according to Horstkoetter:

• Kolby Crum, a senior who was in critical condition at a hospital Tuesday.

• Joseph White, a senior who still was in a hospital Tuesday for unspecified injuries. His condition wasn’t available.

• Shiloh Hutchinson, a junior who was in surgery Tuesday for a broken arm, leg and ankle. Her condition wasn’t available.

• Ashton Baza, sophomore who was released from a hospital Monday after being treated for a broken leg and ankle.

Townsend was arrested Monday after police found him stopped about three blocks away, Lewis said.

“There were signs of impairment due to the … field sobriety test that we gave him, and that was part of the investigation … and why he was arrested,” Assistant Police Chief Todd Strickland said Tuesday.

Townsend was booked on initial charges of first-degree manslaughter and six counts of leaving the scene of an injury accident, Lewis said.

The charges “can and probably will change, especially as conditions change of the victims,” Lewis said.

Results of a blood-alcohol test are pending, according to Lewis.

Townsend was being held Tuesday at a Cleveland County jail, police said. It wasn’t immediately clear if he had an attorney.

Driver’s son died in a crash on Sunday, police say

The younger Townsend’s vehicle “struck a vehicle, ended up hitting a telephone pole, flipping over, which is what” killed him, Lewis said.

The elder Townsend is not from Moore, police said, without elaborating.

Asked where he was going, Lewis said: “He does have family in that area.”

“We’re trying to … piece back as far as we can to see Mr. Townsend’s conduct and events over the last couple days,” Strickland said.

The high school will host a vigil Tuesday evening

Moore High School held a vigil for the victims in its gym Tuesday.

“That’s going to be one of the first steps as we process and express our feelings and allow students and staff to express their feelings in working through this tragedy together,” Superintendent Robert Romines said.

The victims were part of the school’s track and cross-country teams and “just like any normal day, the kids were out … running during their practice,” Horstkoetter, the Moore schools safety and security director.

School officials have praised students and coaches who were at the scene Monday.Horstkoetter told CNN that they jumped into action, giving first aid and other assistance to those who needed help.

Some students who saw the incident were “actually pointing out the direction the vehicle continued on, which helped us locate the vehicle four to five blocks away,” Lewis said.

Although no motive has been established, evidence shows the driver had “struck vehicles before and after striking the students,” according to Lewis.

Thirty mental health specialists — including 16 from the school district — were at Moore schools on Tuesday, helping students and staff process the incident, Romines said.