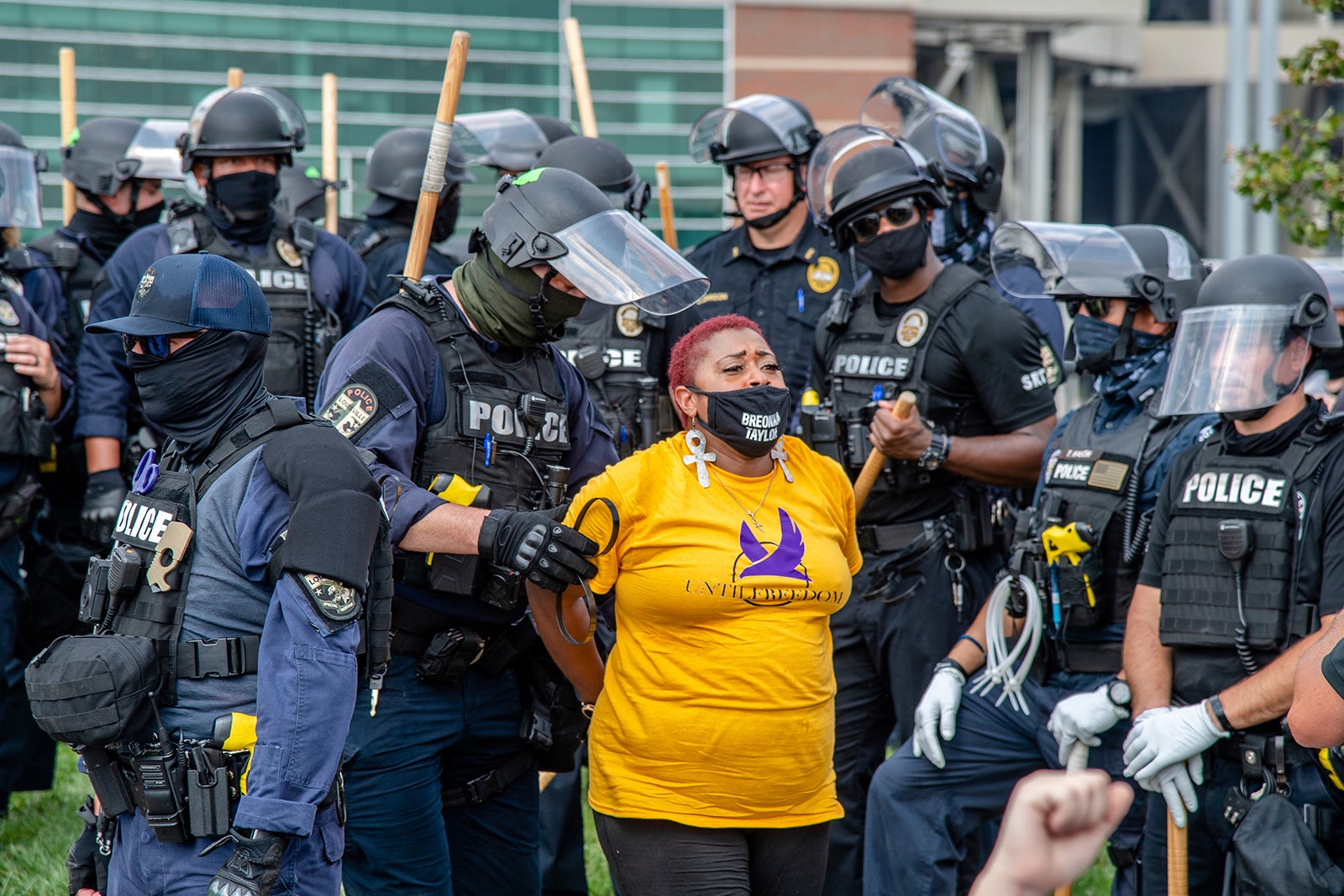 (CNN) — At least 68 people were arrested in Louisville, Kentucky, as crowds marched Tuesday over the death of Breonna Taylor, police said.

The protests were largely peaceful but a large group of demonstrators “crossed several intersections, creating dangerous situations as traffic continued to try to make its way in the area,” Robert Schroeder, interim chief for the Louisville Metro Police Department, told reporters.

Officers gave directions to stay on the sidewalk and those who did not were eventually arrested, Schroeder said. Those arrested will be charged with obstructing the roadway and disorderly conduct, he added.

Tuesday’s protests were expected to be one of the largest demonstrations in the city since Taylor’s death. The EMT and aspiring nurse was killed in her own home in March when three plainclothes police officers executing a “no-knock” warrant returned gunfire after her boyfriend fired a warning shot because he thought he was shooting at intruders.

Taylor’s mother, Tamika Palmer, told CNN this week that she doesn’t understand why the investigation into her daughter’s cases remains pending after months.

“A lot of times you want to give up, you want to walk away but I know she deserves justice,” Palmer told CNN.

Numerous protesters traveled from Florida, Michigan and New York to join this week’s demonstrations. Many say it’s time for the officers involved in Taylor’s death to be charged.

On Tuesday, crowds marched from South Central Park to the Louisville Metro Police Training Academy. Carrying “convict police” and “Black Lives Matter” signs, they continued to the Churchill Downs racetrack — home of the Kentucky Derby — where some staged a sit-in demonstration.

Protest organizers said they plan to interrupt the Kentucky Derby, which has been rescheduled to September 5.

Kentucky Gov. Andy Beshear said Tuesday that authorities “still don’t have an answer or the facts in the Breonna Taylor case” but “there’s a need for finality in the investigation.”

“Ms. Taylor’s family deserves to know the truth. We at least need an explanation for what’s taking so long,” Beshear told reporters during briefing in Frankfort.