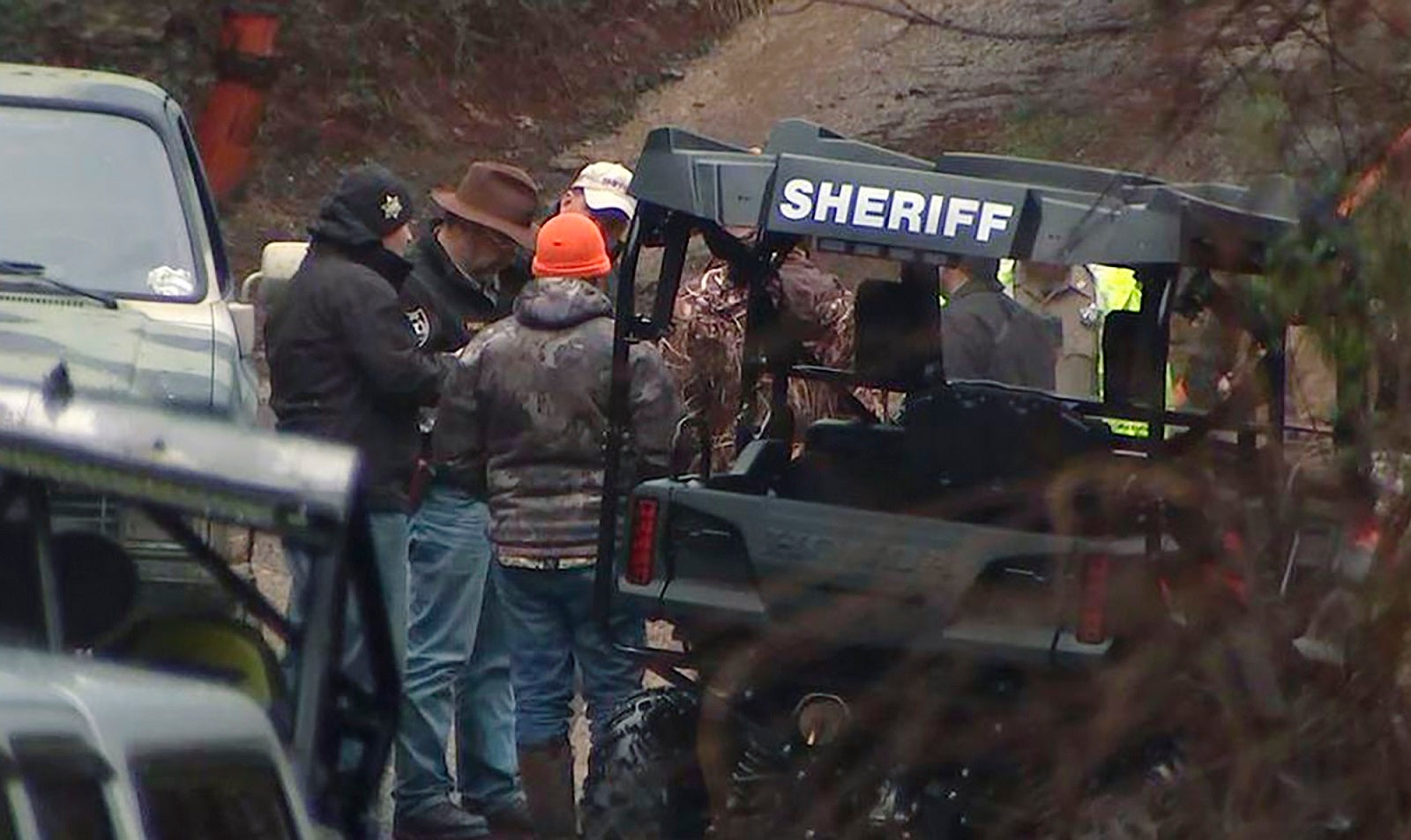 In this photo provided by WSB-TV, authorities work the scene of a jet crash in a remote area in Gordon County, Ga., Saturday, Feb. 8, 2020. The wreckage of a small jet has been found in the area of Georgia, north of Atlanta. The Gordon County Sheriff's Office said Saturday that there were no signs of survivors. (WSB-TV via AP)
by: Madeline Holcombe and Melissa Alonso, CNN
Posted: Feb 9, 2020 / 02:20 PM EST / Updated: Feb 9, 2020 / 06:52 PM EST

(CNN) — The bodies of three men and one woman were recovered Sunday from the scene of a small plane crash in Georgia, according to Gordon County Deputy Coroner Christy Nicholson.

The plane took off from Peachtree City on Saturday just after 9 a.m. bound for Nashville, Heidi Kemner, a National Transportation Safety Board aviation accident investigator, said.

Authorities are waiting to identify the victims pending confirmation by the George Bureau of Investigation’s Crime Lab, Nicholson said.

The NTSB is investigating the crash, including the possibility weather was a factor.

One resident, Danny Hyde, told CNN affiliate WSB-TV it was “snowing pretty hard” Saturday morning while he was cooking breakfast.

Local landowners discovered the wreckage in a remote area of the county, about 3 miles off a road, Gordon County Sheriff Mitch Ralston said Saturday afternoon.

“You cannot drive a vehicle into where the aircraft is located,” Ralston said. “We had to use ATVs and walk in on foot.”