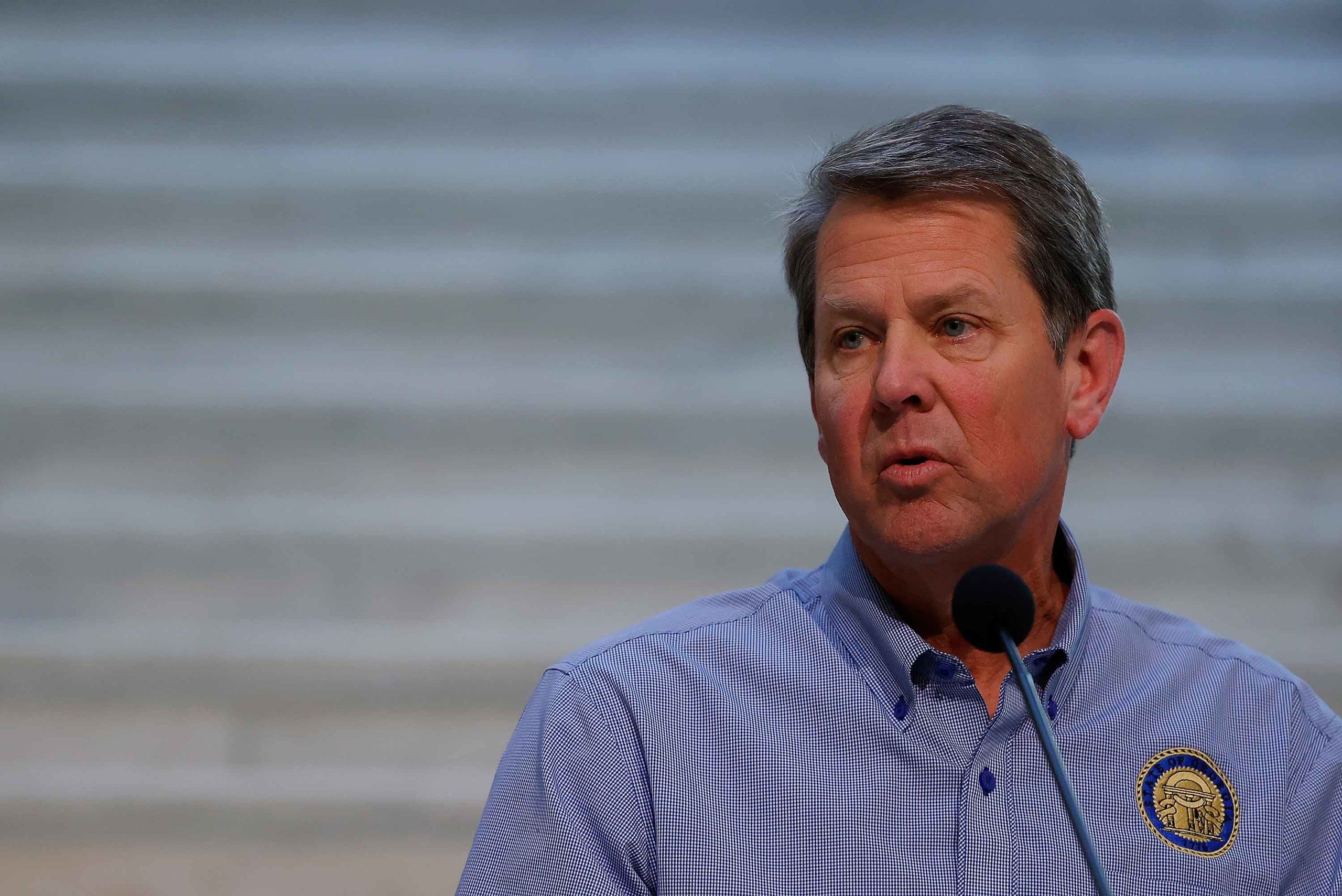 ATLANTA, GEORGIA - APRIL 27: Georgia Governor Brian Kemp speaks to the media during a press conference at the Georgia State Capitol on April 27, 2020 in Atlanta, Georgia. The press conference was held to brief the media about the current situation of the coronavirus (COVID-19) outbreak in Georgia as the state reopens restaurants for dine-in customers. (Photo by Kevin C. Cox/Getty Images via CNN)
by: Steve Almasy and Pierre Meilhan, CNN
Posted: Jul 7, 2020 / 07:56 AM EST / Updated: Jul 7, 2020 / 07:56 AM EST

(CNN) — Georgia Gov. Brian Kemp on Monday declared a state of emergency and activated as many as 1,000 National Guard members.

Kemp, a Republican, said the executive order follows “weeks of dramatically increased violent crime and property destruction in the City of Atlanta.”

The number of shootings and murders in the city was double this year compared with 2019 for the four-week period following Memorial Day, according to police data. During that time, Atlanta also saw violent clashes between law enforcement and demonstrators during protests against police brutality and racism.

Shooting incidents went from 46 in 2019 to 93 this year between May 31 and June 27, while the number of murders spiked from six to 14 year over year for the period, police data shows.

The figures were the deciding factor in Kemp’s declaration, the governor’s office told CNN Monday.

Over the extended holiday weekend alone, more than 30 Georgians were wounded by gunfire — including five who died, the Atlanta Police Department and the governor’s office said.

Among those killed was an 8-year-old girl who was shot while riding in a car with her mother and another person. Secoriea Turner was killed Saturday night as the car tried to enter a parking lot that had illegal barricades, police said.

The shooting was near the scene where a now-fired Atlanta police officer fatally shot Rayshard Brooks after he fought with officers and tried to run away with a stolen Taser.

“We’ve had over 75 shootings in the city over the past several weeks,” Mayor Keisha Lance Bottoms said when talking Sunday about the 8-year-old’s death. “You can’t blame that on APD (Atlanta Police Department).”

After the death of George Floyd in late May in Minneapolis police custody, there were protests in downtown Atlanta, several of them followed by looting and vandalism. Kemp at that time activated as many as 500 National Guard troops to protect people and property in the state capital.

“Peaceful protests were hijacked by criminals with a dangerous, destructive agenda,” Kemp said Monday in a statement about the latest deployment. “Now, innocent Georgians are being targeted, shot, and left for dead. This lawlessness must be stopped and order restored in our capital city.”

The National Guard will “provide support” at state buildings like the Capitol and the Governor’s Mansion so state police can increase patrols, the governor’s statement said.

Sixty to 100 people went to Georgia State Patrol headquarters early Sunday morning, and some used bricks or fireworks to damage the building, authorities said, according to CNN affiliate WSB.

Guard troops will also be stationed there, the governor said.