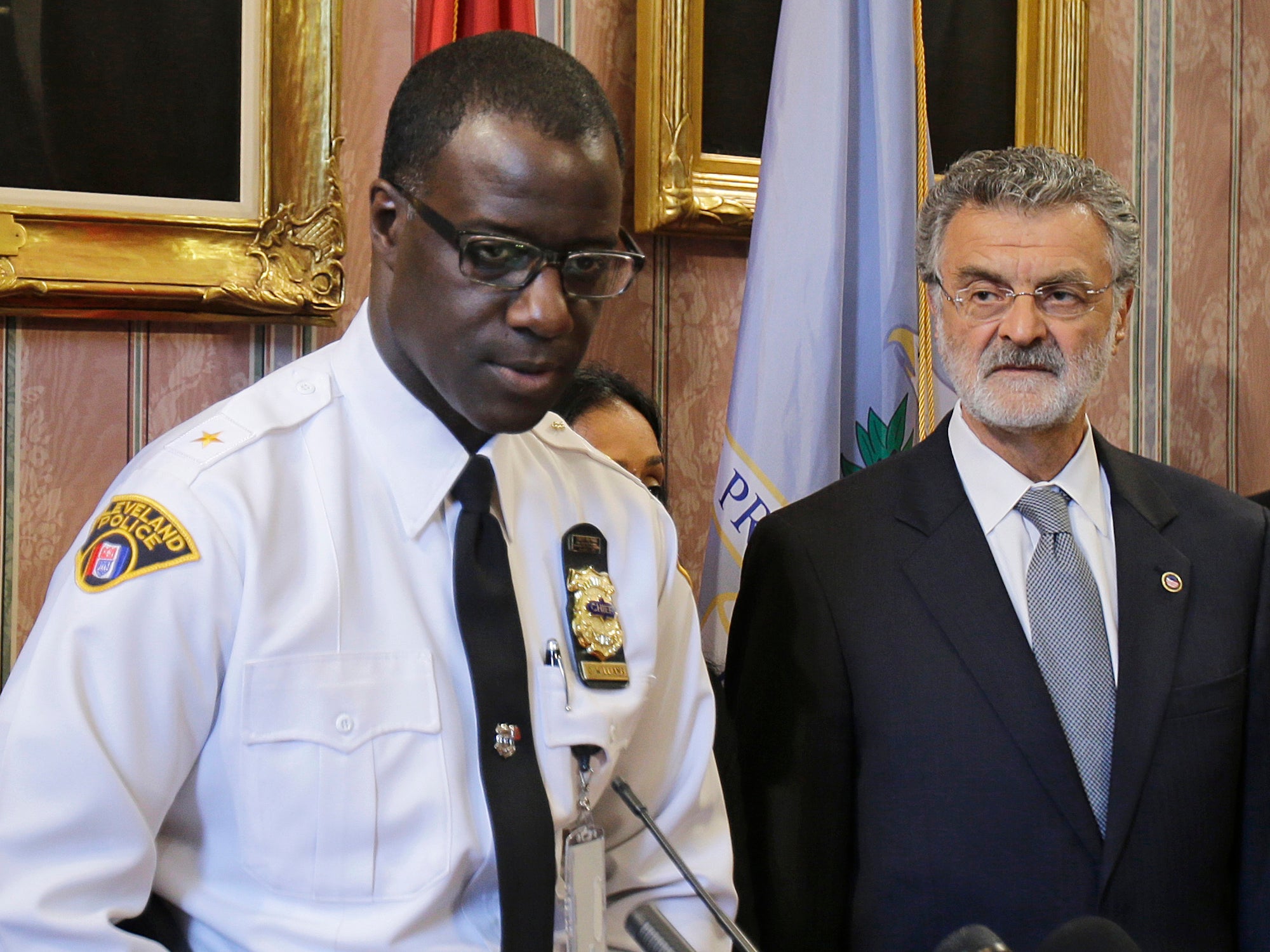 FILE – In this May 26, 2015, file photo, Cleveland Police Chief Calvin Williams, left, and Cleveland Mayor Frank Jackson, right, discuss a settlement with the U.S. Justice Department to overhaul the city's police department due to a pattern of excessive force and other abuses, during a news conference in Cleveland. At a Friday, July 8, 2016, news conference, the police chief said the city is prepared for the Republican National Convention from July 18 to 21, 2016, and will have enough police officers, while the mayor announced a tip line to report suspicious activity. (AP Photo/Tony Dejak, File)
by: Staff Reports
Posted: Jun 6, 2020 / 07:36 PM EST / Updated: Jun 6, 2020 / 07:39 PM EST

CLEVELAND, Ohio (WISH) — The city of Cleveland is asking people to look for the context of its mayor’s statement during an interview that the city is seen as “the butthole of the world.”

Cleveland Mayor Frank Jackson and Cleveland Police Chief Calvin Williams were discussing policing practices and budgeting with Matt Ferner, editor-in-chief of The Appeal, an editorial project under The Justice Collaborative, sponsored by nonprofit The Tides Foundation.

About 27 minutes into an hourlong conversation, Jackson discussed the disparity between wealth and poverty in the city:

“My last state of the city was right on this subject … was that Cleveland — even though we have a city of poverty, and we have a city of predominantly minorities, and of that minority group, predominantly African Americans, and even though Cleveland’s perceived to be the butthole of the world sometimes — when you look at perception, not reality, when you look at gross domestic product, and gross domestic capital, Cleveland and the Cleveland region is a pretty wealthy area. It is very wealthy. How is it since we are so wealthy and we have such a robust economy and a per capita share of the economy so high, how is that we have all this poverty? … It is because we have institutionalized disparity that the system functions that way.”

The Twitter account for the city responded to its own tweet about two hours after sharing the video, saying, “We encourage watching the whole video. Boiling this discussion down to 7 secs detracts from the attention this important issue deserves.”

Tourism nonprofit Destination Cleveland shared a statement with WYKC, saying in part, “When searching for words, the Mayor made an interesting choice – something that has happened to all of us. When heard in context, he shared an example about others’ negative perceptions of our city.”