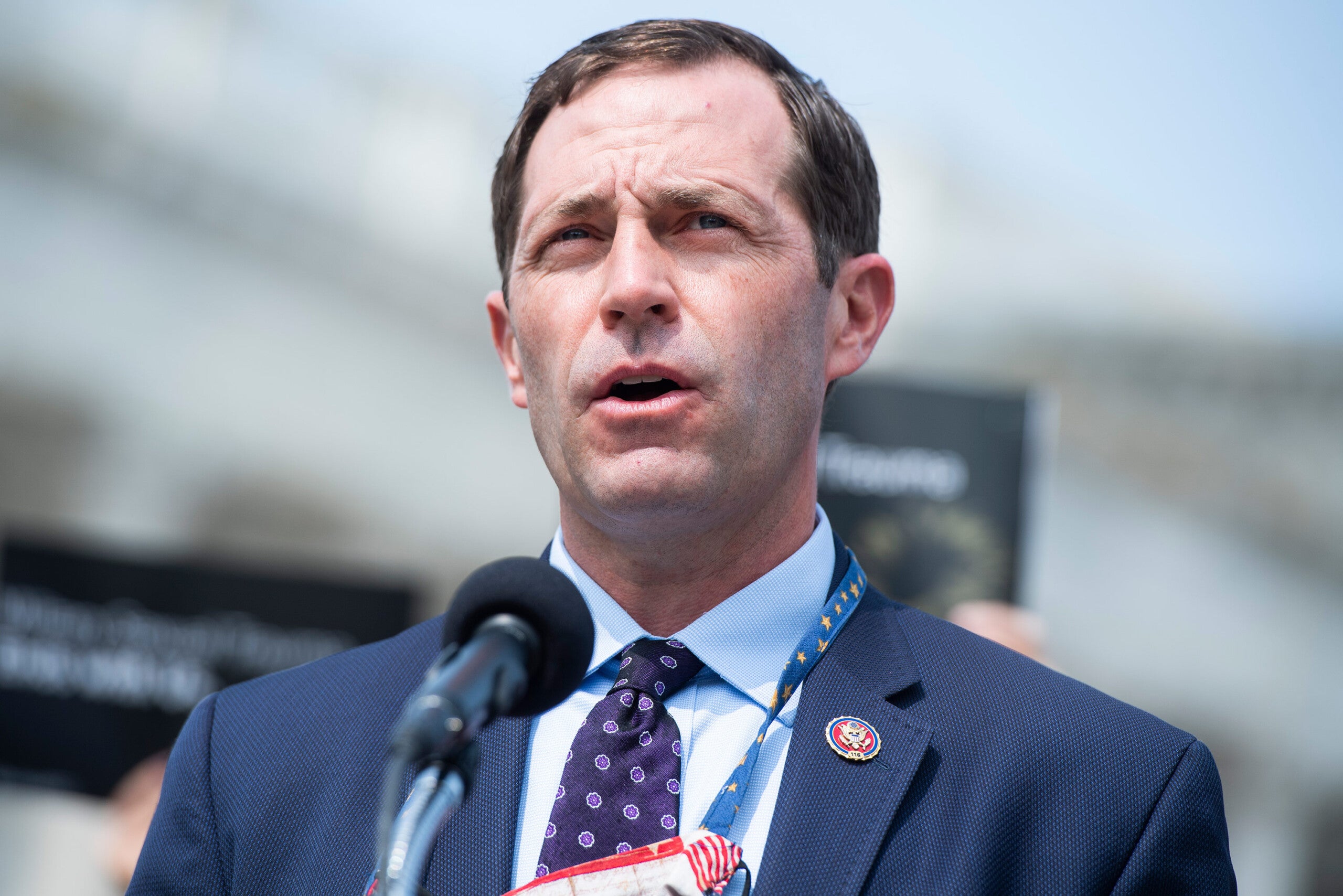 UNITED STATES - SEPTEMBER 15: Rep. Jason Crow, D-Colo., speaks during a news conference outside the Capitol to announce the bipartisan I Am Vanessa Guillén Act, on Wednesday, September 16, 2020, named after Army Spc. Vanessa Guillén, who was murdered while stationed at Fort Hood in Texas. The bill calls for reform to the militarys response to missing servicemembers and reports of sexual harassment and sexual assault. (Photo By Tom Williams/CQ-Roll Call, Inc via Getty Images)
by: Veronica Stracqualursi, CNN
Posted: Mar 23, 2021 / 09:50 AM EST / Updated: Mar 23, 2021 / 09:51 AM EST

(CNN) — Rep. Jason Crow is urging Congress to act on gun measures that he argues would make communities safer in the wake of a deadly mass shooting Monday in his home state that left 10 people dead.

“There are common sense laws and legislation that we can pass that will help make our communities safer. We just have to get them done. It’s that simple,” the Colorado Democrat told CNN’s John Berman on “New Day.”

Ten people, including a police officer, were killed after a gunman opened fire in a grocery store in Boulder, Colorado. The latest attack — one of at least six mass shootings so far this year — has shaken a community and stoked calls for action from Congress.

Earlier this month, the House passed H.R. 8 that would expand background checks on all commercial gun sales and H.R. 1146 to try and close what’s known as the “Charleston Loophole,” which allows some firearms to be transferred by licensed gun dealers before the required background checks are completed.

Crow told CNN that it’s now up to the Senate to act on the two bills. Senate Democrats have vowed to bring the background check bill to the floor despite the uphill climb ahead to garner the 60 votes needed to bring a potential filibuster.

Asked by Berman if it would be worth getting rid of the Senate filibuster to pass the legislation, Crow replied, “Yes.”

“Nobody can ever say that any one law or policy will prevent a specific shooting. I’ve never heard anybody ever say that passing common-sense gun violence prevention legislation is going to prevent every shooting and is going to make us perfectly safe. That’s not true,” Crow told CNN. “But it will make us a lot safer. When we have almost 40,000 Americans die a year because of gun violence, there is a tremendous amount of room for improvement.”

Crow added that as a lawmaker, his job “is to try to make better policy, to make people’s lives better, to help make people safe. And they deserve my action.”

The suspect in the Boulder shooting is in custody, but authorities have not shared any information on his identity, the type of weapon used or any possible motive. The fatal shooting on Monday in Colorado also comes less than a week after shooting attacks at three spas in the Atlanta area left eight people dead.