FBI says it got more than 4,500 tips on Kavanaugh, providing ‘relevant’ ones to Trump White House 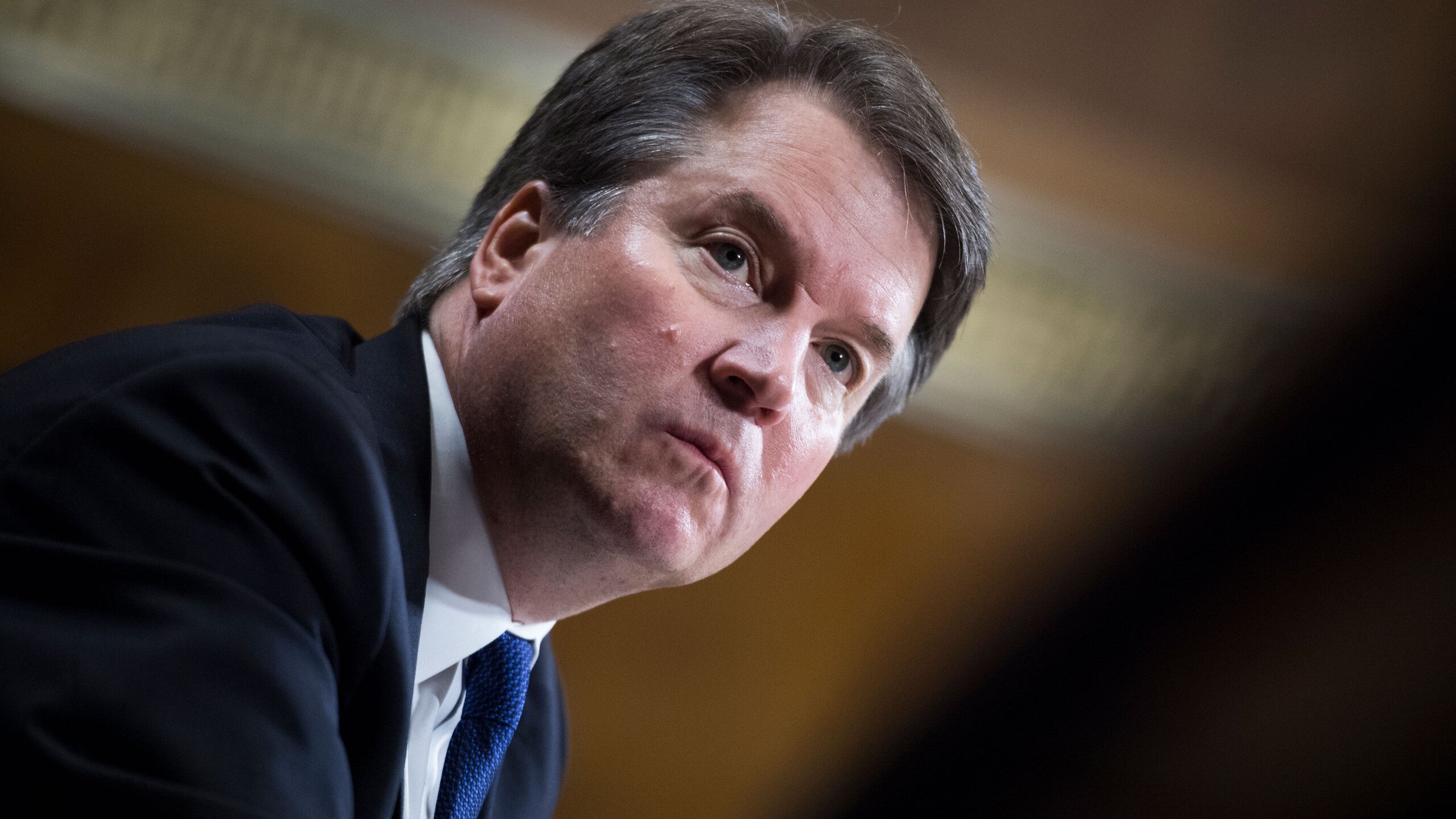 UNITED STATES - SEPTEMBER 27: Judge Brett Kavanaugh testifies during the Senate Judiciary Committee hearing on his nomination be an associate justice of the Supreme Court of the United States, focusing on allegations of sexual assault by Kavanaugh against Christine Blasey Ford in the early 1980s. (Photo By Tom Williams-Pool/Getty Images)
by: By Ariane de Vogue, CNN Supreme Court Reporter
Posted: Jul 23, 2021 / 11:34 AM EST / Updated: Jul 23, 2021 / 11:35 AM EST

(CNN) — The FBI disclosed that it received more than 4,500 tips on a phone line in 2018 as part of a background investigation into then-Supreme Court nominee Brett Kavanaugh and provided “relevant” ones to former President Donald Trump’s White House counsel.

The exact number of tips was disclosed in a June 30 letter released by Sen. Sheldon Whitehouse on Thursday. The letter was in response to a two-year-old request from Senate Democrats seeking more information about the handling of the investigation.

The revelation reignited fierce accusations from liberals who say that the FBI and the Trump White House did not sufficiently examine allegations against Kavanaugh in the wake of accusations from Dr. Christine Blasey Ford that he had sexually assaulted her at a party in the Maryland suburbs when they were both in high school.

The allegations nearly derailed his confirmation, and Kavanaugh has always fiercely denied them. Kavanaugh was ultimately confirmed by a vote of 50-48.

In the letter, Assistant Director Jill Tyson said that Kavanaugh’s nomination was the first time that the FBI set up a tip line for a nominee undergoing Senate confirmation and that the tips included phone calls and electronic submissions.

Tyson said relevant information was provided to the Office of the White House Counsel that served as the requesting entity. Don McGahn served as White House counsel at the time and he did not immediately return a request for comment.

Tyson reiterated comments that FBI Director Christopher Wray made in past congressional testimony: that the FBI serves as an “investigative service provider” for federal background investigations, and that its role in the Kavanaugh matter was to respond to requests from the White House counsel. The FBI has said repeatedly it was not conducting a criminal investigation into Kavanaugh’s conduct.

She said that pursuant to a memo of understanding between the Justice Department and the White House in 2010, the FBI does not reopen background investigations unless it is “specifically instructed to do so by the requesting entity.”

The letter prompted a furious response from Whitehouse and six other Democratic senators on the Judiciary Committee.

“The admissions in your letter corroborate and explain numerous credible accounts by individuals and firms that they had contacted the FBI with information ‘highly relevant to . . . allegations’ of sexual misconduct by Justice Kavanaugh, only to be ignored,” they wrote in a letter back to the FBI.

“If the FBI was not authorized to or did not follow up on any of the tips that it received from the tip line, it is difficult to understand the point of having a tip line at all,” they said.

A Democratic Senate staffer affiliated with Judiciary Committee acknowledged that the entire universe of tips was provided to senators at the time but that until the letter from the FBI last month, the senators were unaware that the FBI had engaged in a process to determine which tips were relevant. The staffer said that instead of providing the Senate with the FBI’s analysis of the relevant tips, the White House sent all the tips to the senators who were only able to read them in a secure room without the benefit of taking notes.

Thursday, Debra Katz and Lisa Banks, attorneys for Ford, released a statement calling the FBI’s investigation a “sham and a major institutional failure.”

The lawyers said that the FBI had refused to interview Ford and “failed to act on the 4,500 tips it received about then-nominee Kavanaugh.”

“Instead it handed the information over to the White House, allowing those who supported Kavanaugh to falsely claim that the FBI found no wrongdoing,” they said.