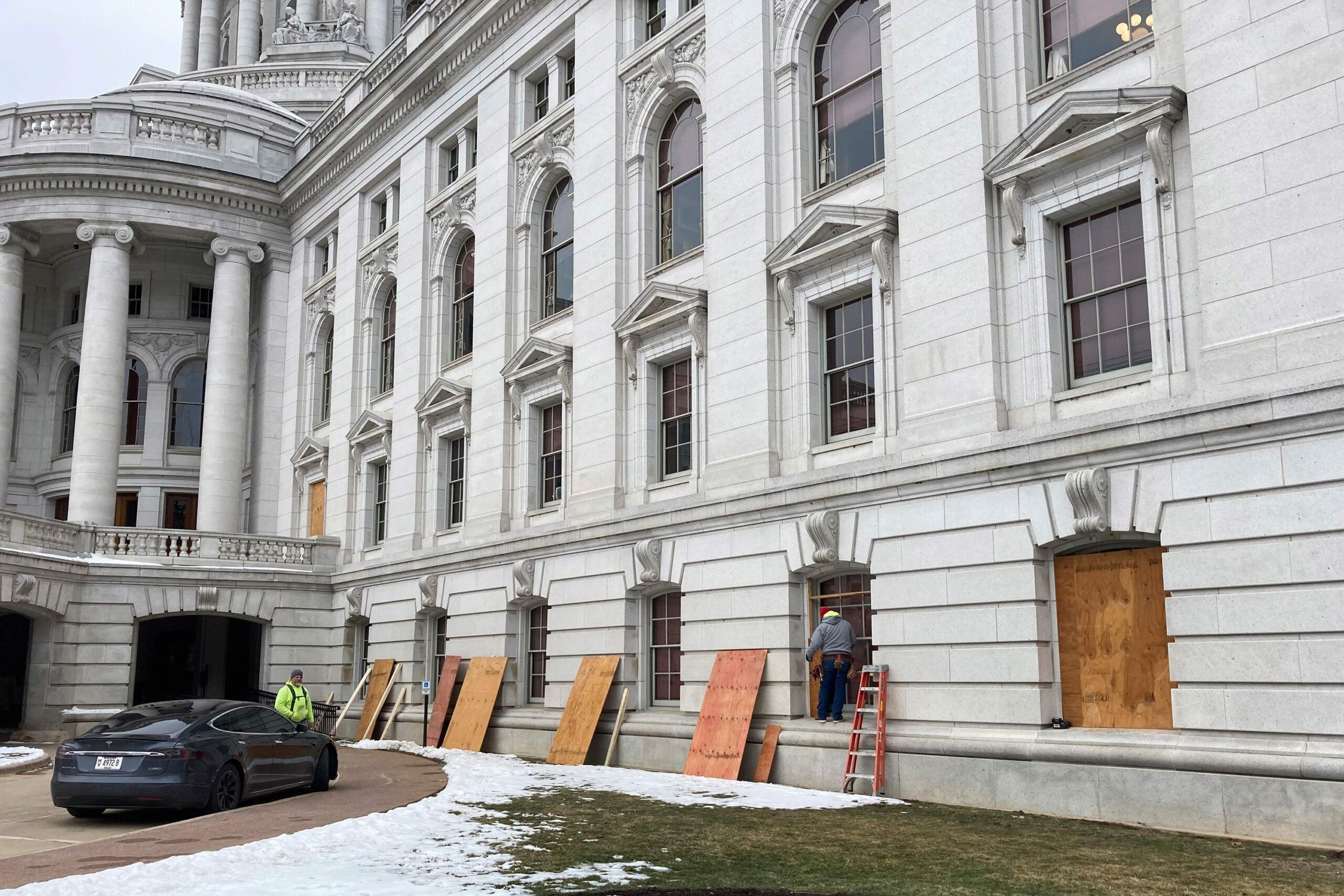 (CNN) — States across the country are increasing security at their capitol buildings ahead of what the FBI has warned are “armed protests” being planned at all 50 state capitols.

An internal FBI bulletin obtained by CNN warns that armed protests are being planned at state capitols from Saturday through at least Inauguration Day next Wednesday. The bulletin suggests there are threats of an “uprising” if President Donald Trump is removed before then.

Complicating the concern is that the FBI’s bulletin was not publicly released but was leaked to reporters. Until Tuesday, federal law enforcement had yet to hold a press conference detailing the Capitol attack since the day it happened.

And the purge of Twitter and Facebook accounts promoting violent protests has made it difficult for the public to understand the extent of the issue.

The startling warning, just days after a pro-Trump mob forcibly took over the US Capitol, is pushing states to increase security in case of a similar such attack at their capitols. Although many are closed due to coronavirus restrictions, the warnings are particularly fraught in states that allow people to openly carry firearms or those where Trump has falsely claimed fraud.

Here’s a look at how a number of states are preparing:

In Michigan, the state’s Capitol Commission banned the open carry of firearms inside the Capitol building in Lansing starting Monday.

The move was a response to the US Capitol riot as well as the spring incidents in which heavily armed demonstrators jammed inside the state Capitol to protest pandemic-related lockdowns. In addition, Gov. Gretchen Whitmer, a Democrat, was the target in an alleged domestic terror plot by members of right wing militia groups.

However, the policy change only affects public areas inside the building and does not change policy on the Capitol grounds, nor does it prohibit licensed concealed pistol carry that follows state laws, according to the commission policy.

“The Capitol Commission’s action to ban open carry guns at the Capitol is a good start, but more action is needed,” Whitmer said in a statement Monday.

Michigan Attorney General Dana Nessel warned that the commission’s rule does not mean the Capitol is safe.

“My job is not to provide state employees & residents or other visitors to our Capitol with a false sense of security, especially given the current state of affairs in Michigan and around the nation,” she said in a tweet. “I repeat-the Michigan Capitol is not safe.”

“I’m exceedingly worried,” she told CNN. “I think you could certainly say that Michigan is ground zero for those who are wishing to take over a state government.

Shanon Banner, spokesperson for Michigan State Police, said they are aware of the march on state capitols being promoted online, and they will continue watching for security threats.

“Our security planning is fluid and adjustments are made as needed, from day-to-day,” Banner said. “Security enhancements that can be put in place include both seen and unseen measures. In general, we don’t discuss security measures, but I can confirm that out of an abundance of caution, we are increasing our visible presence at the Capitol for the next couple of weeks starting today.”

“Last week’s horrific scene on Capitol Hill was an attack on our democracy and shows that we need to be adequately prepared for acts of violence as President-elect Joe Biden is sworn in as our 46th President of the United States.”

According to the release, the troops are trained to respond to requests for assistance on short notice and are part of the Wisconsin National Guard Reaction Force.

“The mobilized troops will serve in a State Active Duty status in support of the Capitol Police. To protect operational security, the Wisconsin National Guard will not discuss troop numbers, movements, timelines, equipment, tactics, or procedures.”

In addition, first-floor windows at the Capitol in Madison were boarded up on Monday ahead of potential protests.

A spokeswoman for Gov. Tom Wolf, a Democrat, said they were aware of the planned protests but noted that the state’s Capitol Complex in Harrisburg has been closed to the public since December because of the pandemic.

“The Capitol Police will continue to work with state and local law enforcement to maintain peace at the Capitol Complex in Harrisburg,” press secretary Lyndsay Kensinger said.

“Pennsylvania Guard members are well-trained and well-prepared to assist our communities, commonwealth and country in any way they can,” said acting Adjutant General Maj. Gen. Mark Schindler. “We are also very fortunate that our Guard members have extensive experience working alongside the DC National Guard as part of past training events and presidential inaugurations.”

On Tuesday, Wolf said they “have not heard anything specifically” about protests but are “ready for anything that might happen.”

Georgia’s state Capitol in Atlanta has already seen protests that raised security concerns. Last week, Georgia Secretary of State Brad Raffensperger was helped out of the Capitol as a precaution as a small group of pro-Trump protesters gathered outside, according to CNN affiliate WXIA.

The state began its 2021 legislative session on Monday with heightened security around the building, including a new fence and armed guards.

The Georgia Bureau of Investigation (GBI) said it is aware of the reports of possible armed protests in the coming days.

“We are in communication with our partners and will continue to do what is necessary to ensure safety and security,” GBI Public Affairs Director Nelly Miles said.

Atlanta Police said they, too, are working with their partners on security.

“The City of Atlanta Police Department (APD) continues to coordinate with local, state, and federal law enforcement agencies to respond should protests or illegal activity occur. If activity begins to occur, APD is prepared to respond quickly. We do not share operational or security plans. However, the safety and security of our city and citizens is our priority,” police said.

In Florida, President of the Senate Wilton Simpson asked Capitol staff and lawmakers to work remotely on Sunday because it is “very likely” there will be protesters in Tallahassee that day.

The letter, sent to Florida senators and obtained by CNN, says law enforcement has made “significant enhancements” to the Senate’s physical security that will remain confidential.

“I want you all to know that security, as it relates to both the health and safety of our professional staff, our Senators, and visitors is my top priority,” Simpson wrote.

“At this time, it is our understanding that our Capitol remains secure and there have been no threats to our safety,” he added.

Florida Gov. Ron DeSantis said the state will respond quickly to any issues but declined to provide specific security plans.

“If anything is disorderly, we are going to act very quickly. Don’t worry about that,” DeSantis said. 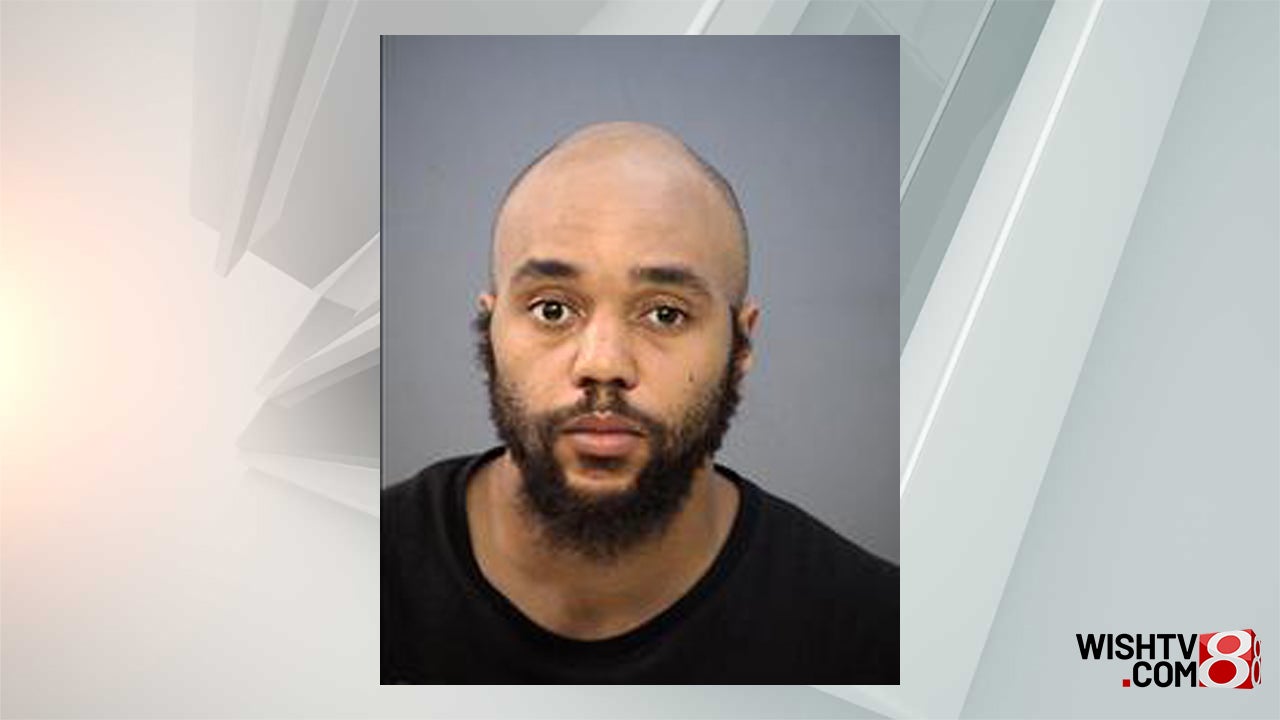 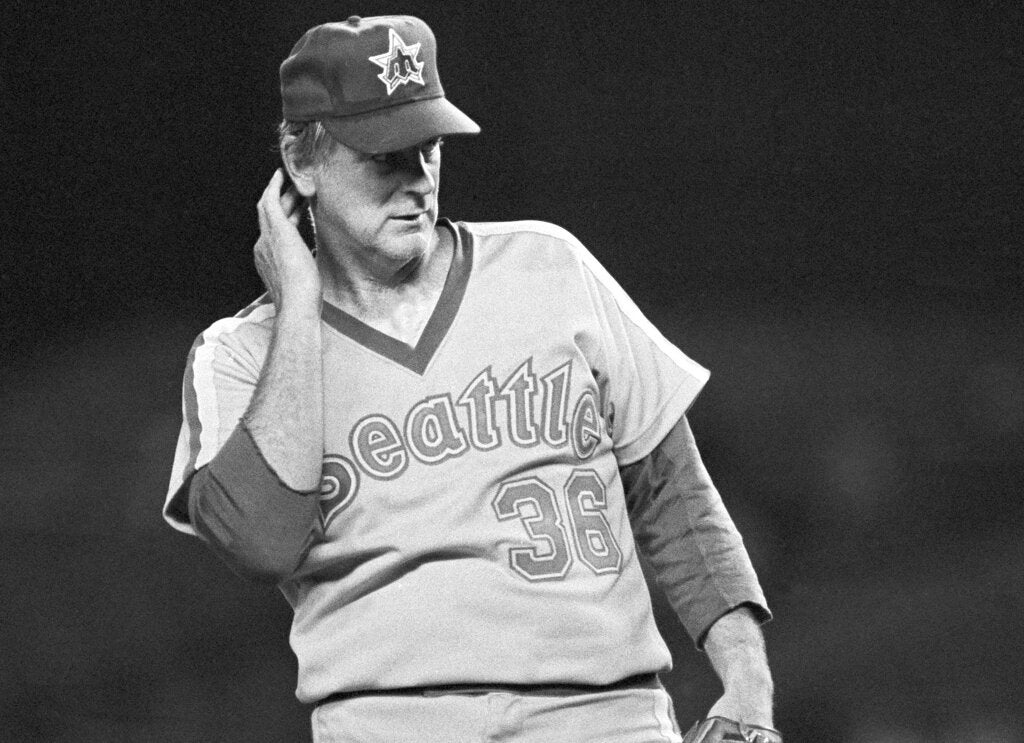 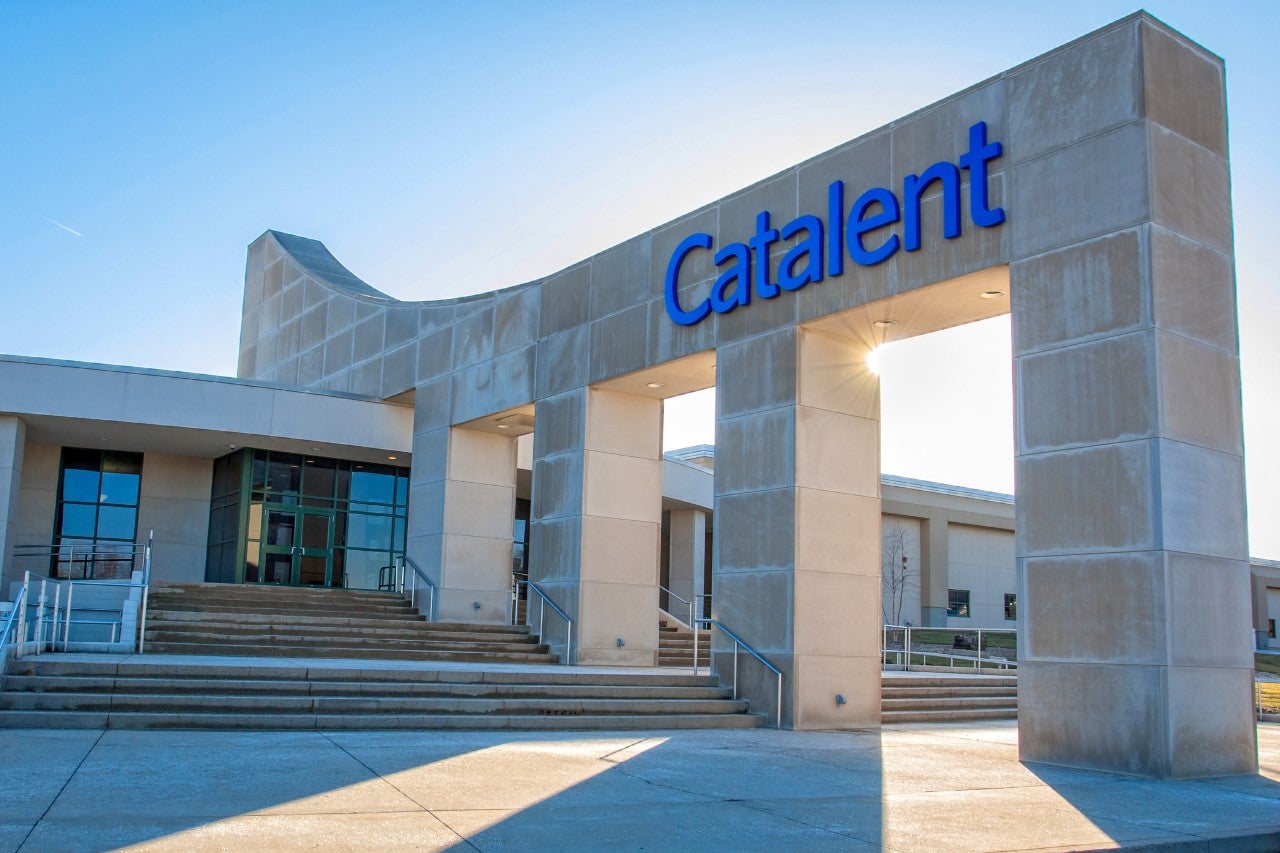 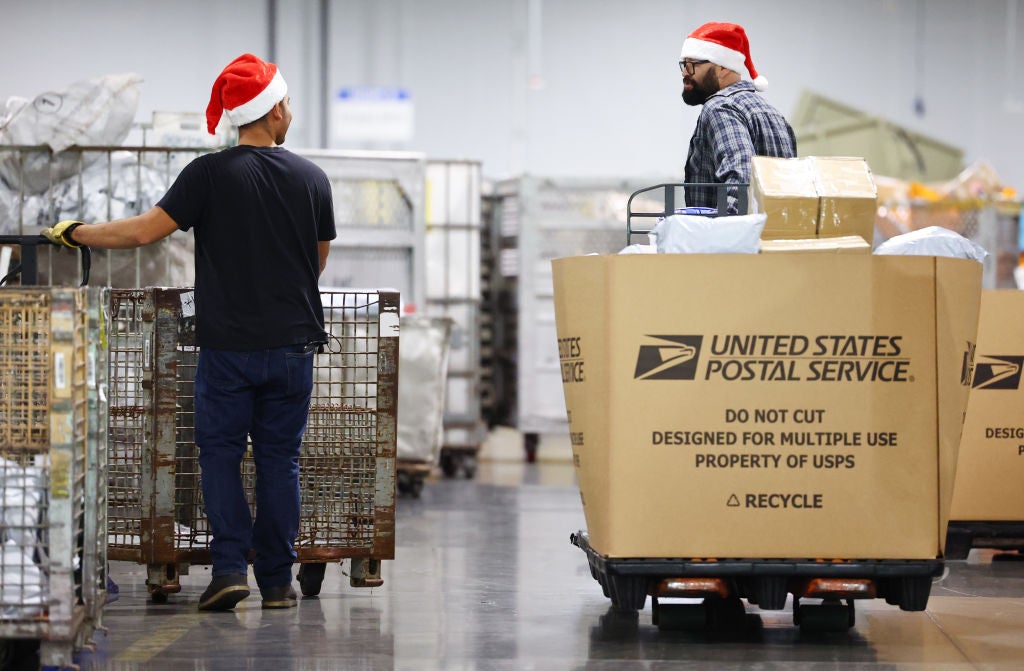