How many hot dogs can a human possibly eat? Science finally has an answer 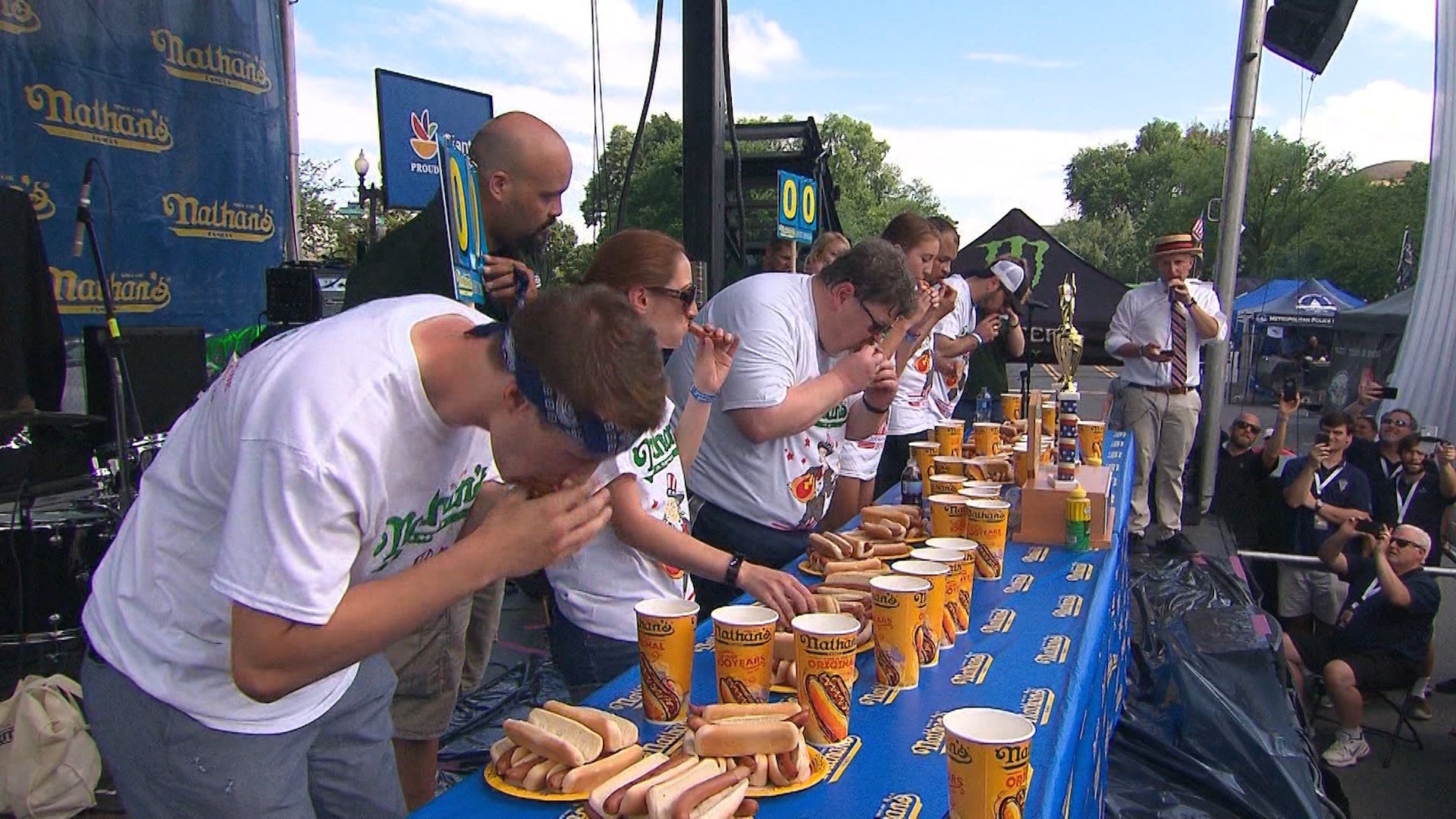 (CNN) — It’s a question we’ve all considered at one point, whether among our respected academic peers or while zoning out in the shower.

How many hot dogs do you think you could eat in one sitting?

You know, if you had to?

Physically (and probably mentally) speaking, researchers concluded it would be unlikely anyone could ever top that amount. The current world record is 75, a bar set by perennial competitive eating champion Joey Chestnut at this year’s Coney Island event.

This theoretical 84-hot dog limit invites many, many questions. What are the limitations? Is this how much food a human stomach can possibly hold, or is it a chewing and swallowing thing? If we could unhinge our jaw like a python, would that number go up?

Dr. James Smoliga, who authored the study, has the answers. Smoliga is a professor in the department of physical therapy at High Point University.

As a physiologist who studies sports science, he’s interested in the limits of performance: How fast humans can possibly run, how far they can go, how many processed meat tubes they can force down their gullet in a given amount of time, that sort of thing.

“The ordinary person would probably run into a stomach capacity issue,” Smoliga told CNN. “But competitive eaters specifically train to expand their stomachs, so for top competitive eaters, it’s probably more the chewing and eating within a time frame that limits it.”

“There’s not a whole lot of research on competitive eaters, but what we do know is obese individuals and individuals with binge eating disorders have similar types of physiology: They can have more food in the stomach, which can disrupt mental feelings of fullness.”

There’s also an issue, he said, of getting all of that food from the crowded, eight-lane highway of an expanded stomach onto the smaller back road exit of the large intestine. When stomachs are stretched, either through training or another condition, food can empty more slowly into the intestine. When it isn’t used to being so overloaded, well, “gastrointestinal alteration” is probably the politest, and least painful, way to express the result.

Smoliga said he pursued the research for a few reasons. First, he wondered if the pattern of physical limitations displayed in competitive eating would mirror patterns in other sports, like track and field.

“In something like the 100-meter dash, when looking at records and performances, you will notice there are small, incremental changes in performance,” he said. “But then something big changes — either the sport becomes more popular or professionalized, or there’s a new drug or procedure, and performance limits rise.”

The study noted similar patterns in competitive eating. After all, for the first few decades of the competition, before the days of eating champs like Joey Chestnut and Takeru Kobayashi, contestants topped out at about 10 to 15 hot dogs in the same time frame or shorter.

Also, Smoliga pointed out that active consumption rate (in this case, how many hot dogs one can hoover) is related to stomach plasticity (in this case, how many hoovered hot dogs your stomach will accommodate). In the study, he provided some of the first recorded estimates for this consumption rate by calculating the total energy composition of hot dogs and controlling for body mass of eating competitors.

The study posited that “rapidly consuming large quantities of food can be ecologically beneficial” in the wild, since, when coupled with slow stomach emptying rates, it could decrease the number of times needed to hunt or acquire food. Human stomach plasticity, according to the results of the study, appears to be similar to that of grizzly bears, larger than that of coyotes, and smaller than that of gray wolves.

Of course, there are many differences to take into account. For one, bears and gray wolves rarely have a need or opportunity to sit down at a table and scarf limitless amounts of processed food. But, as Smoliga said, “it’s still an interesting topic to study.”

And it may put you off hot dogs for good.