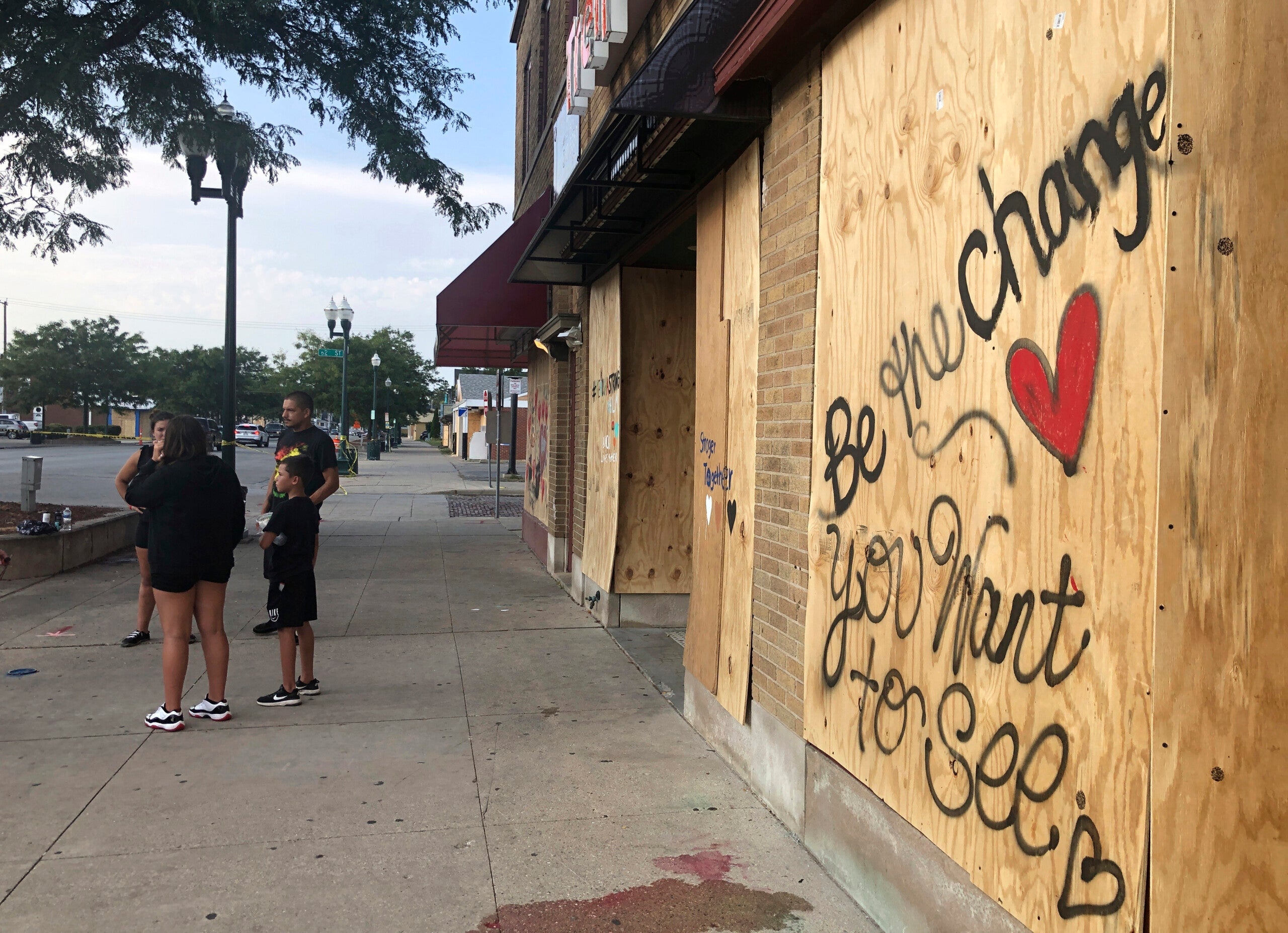 KENOSHA, Wis. (AP) — A crowd of hundreds gathered in Kenosha on Saturday for a march and rally against police violence, nearly a week after an officer shot Jacob Blake, leaving the 29-year-old Black man paralyzed.

Music played over a loudspeaker and someone played a guitar and sang a spiritual as the event began with the atmosphere of a community affair. Members of Blake’s family, Lt. Gov. Mandela Barnes, U.S. Rep. Gwen Moore and other community leaders were expected to speak.

“We are heartbroken and enraged, but we are steadfast in our demand for justice,” Tanya Mclean, a Blake family friend who helped organize the event, said in a statement. She said Blake’s shooting is not an isolated incident, but part of a “brutal, racist system.”

“We’re here to demand an end to police violence and systemic racism in Kenosha,” Mclean said. “No more piecemeal reforms and useless committees. No more Band-Aid solutions over the bullet wounds. The time for transformational change is now.”

Kenosha Police Officer Rusten Sheskey and two other officers were responding to a domestic abuse call on Sunday when Sheskey shot Blake seven times in the back. Blake is paralyzed from the shooting, his family said, and is recovering in a Milwaukee hospital.

The shooting, which was captured on cellphone video, sparked new protests against racial injustice and police brutality, just three months after the death of George Floyd at the hands of Minneapolis police touched off a wider reckoning on race.

Protesters have marched on Kenosha’s streets every night since, early in the week devolving into unrest with damage to buildings and vehicles. On Tuesday, two people were killed by an armed civilian. The commander of the National Guard said Friday that more than 1,000 Guard members had been deployed to help keep the peace, and more were on the way.

Aniyah Ervin, a 16-year-old from Kenosha who is Black, said Saturday that the week has been surreal. Although she is part of a group that held protests against racial injustice over the summer, she said there had been a feeling that police brutality was not a problem in their community, which teenagers call “Ke – Nowhere.”

Ervin said the shooting of Blake “shows it can happen anywhere.”

Will Turner, who is Black, said he brought his two children from Madison for the march march “show them the power of peaceful protesting.”

Investigators have said little about what led to Blake’s shooting. The Kenosha police union said Blake had a knife and fought with officers, putting one of them in a headlock as two efforts to stun him with a Taser were unsuccessful. State investigators have said only that officers found a knife on the floor of the car.

In the cellphone footage recorded by a bystander, Blake walks from the sidewalk around the front of an SUV to his driver-side door as officers follow him with their guns drawn and shout at him. As Blake opens the door and leans into the SUV, an officer grabs his shirt from behind and opens fire. Three of Blake’s children were in the vehicle.

The man who recorded the video, 22-year-old Raysean White, said he heard police yell at Blake, “Drop the knife! Drop the knife!” before gunfire erupted. White said he didn’t see a knife in Blake’s hands.

Ben Crump, an attorney for Blake’s family, has said Blake did nothing to provoke police and has called for Sheskey’s arrest and the firing of the two other officers.