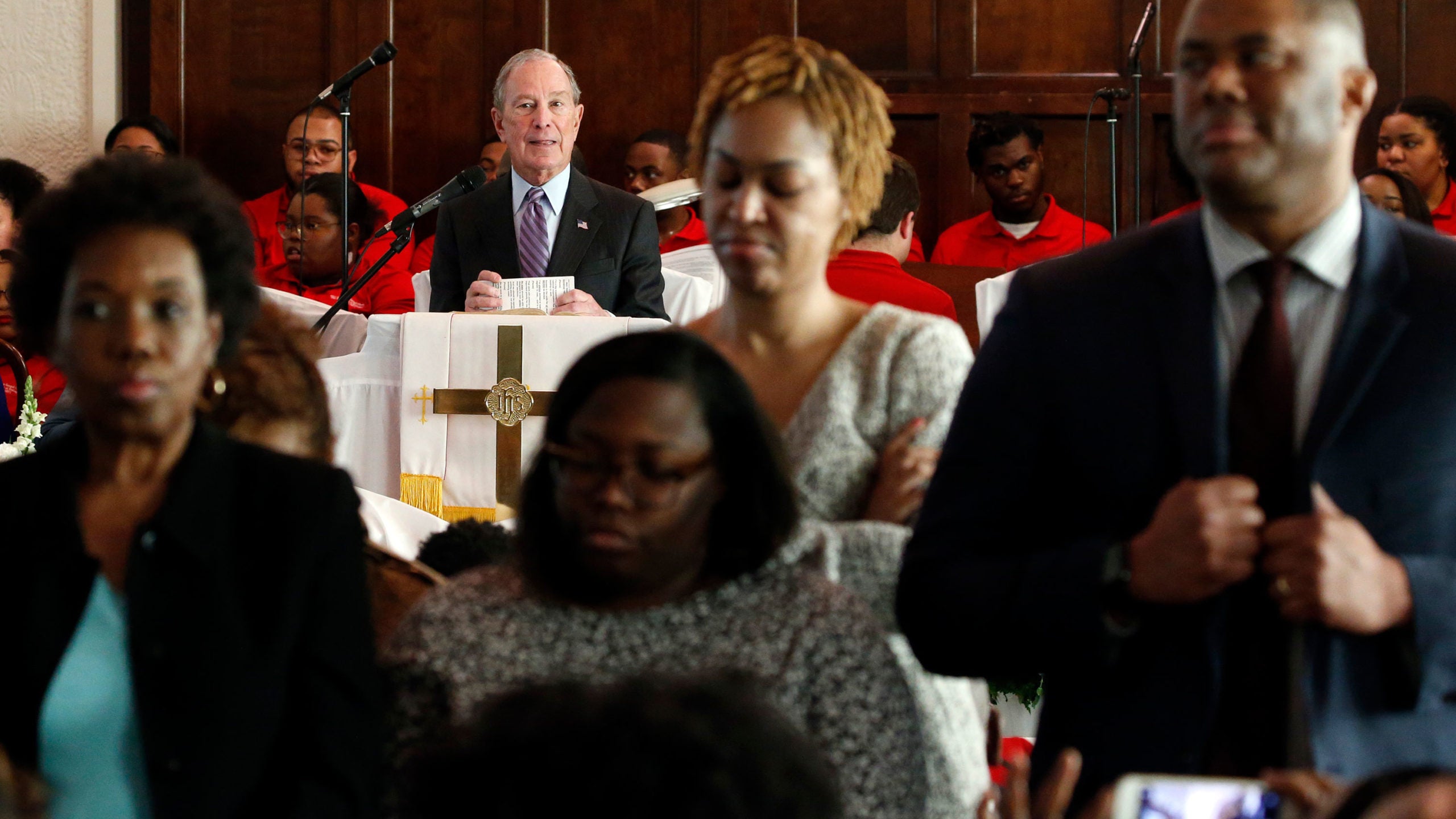 A group of at least nine people took part in the protest as Bloomberg spoke during a 55th commemoration of “Bloody Sunday” — a historic civil rights march in 1965 where 17 people were injured by police as they attempted to cross Edmund Pettus Bridge in Selma during their march to Montgomery, Alabama, to demand the right to vote for black people.

Bloomberg was the first Democratic presidential candidate to address the congregation Sunday. As he spoke about his Greenwood Initiative — which he launched in Tulsa, Oklahoma, in January and to address systemic bias that has kept many black Americans from gaining wealth — several people sitting in the church pews stood up and turned their backs to him.

During his campaign, Bloomberg has faced repeated criticism over policies that impacted minority communities, including the controversial stop-and-frisk policing strategy.

Strong said he threw away the paper he had with Bloomberg’s information, disappointed. But Strong told the group that “some of (Bloomberg’s) people reached out” and after thinking about it, “I thought it was important for Mayor Bloomberg on his journey wherever he ends up, that before he gets there and on his way there it is important that he has the opportunity to listen to and learn from people like you, and you, and me, and this one.”

He continued: “I think it’s important for Mr. Bloomberg, Mayor Bloomberg, to hear from you, to listen to you, to learn from you and this will allow Terry Reynolds and some of us, some of you, to keep him informed about what is important to you. Does that make any sense to you? Mayor Bloomberg.”

Bloomberg then greeted the group.

Before the former mayor of New York launched into his remarks that were protested, Strong addressed the congregation again, saying, “I think it’s important that he came, that he came. And it shows a willingness on his part to change. And I like that. And I think that that’s important. And I want to thank him for coming, for being here.”

The congregation could be heard cheering and clapping as Biden became visible to them in the church. He walked up and sat in a chair in the center behind the pulpit and next to Rev. Al Sharpton, and later Alabama Democratic Rep. Terri Sewell, who has endorsed him, while Bloomberg observed the service from the front pew.

During her remarks, Sewell praised Biden for his work in the African American community, even going so far as to note that he “took on banks to combat the redlining that made it … near impossible for African Americans to buy homes.” Bloomberg has come under fire for his comments at the height of the housing crisis in 2008 that the end of “redlining,” the biased housing practice that stopped banks from providing mortgages in low-income, largely minority neighborhoods, was to blame for the collapse.