White House: Avoid groups of more than 10, stay away from bars and restaurants 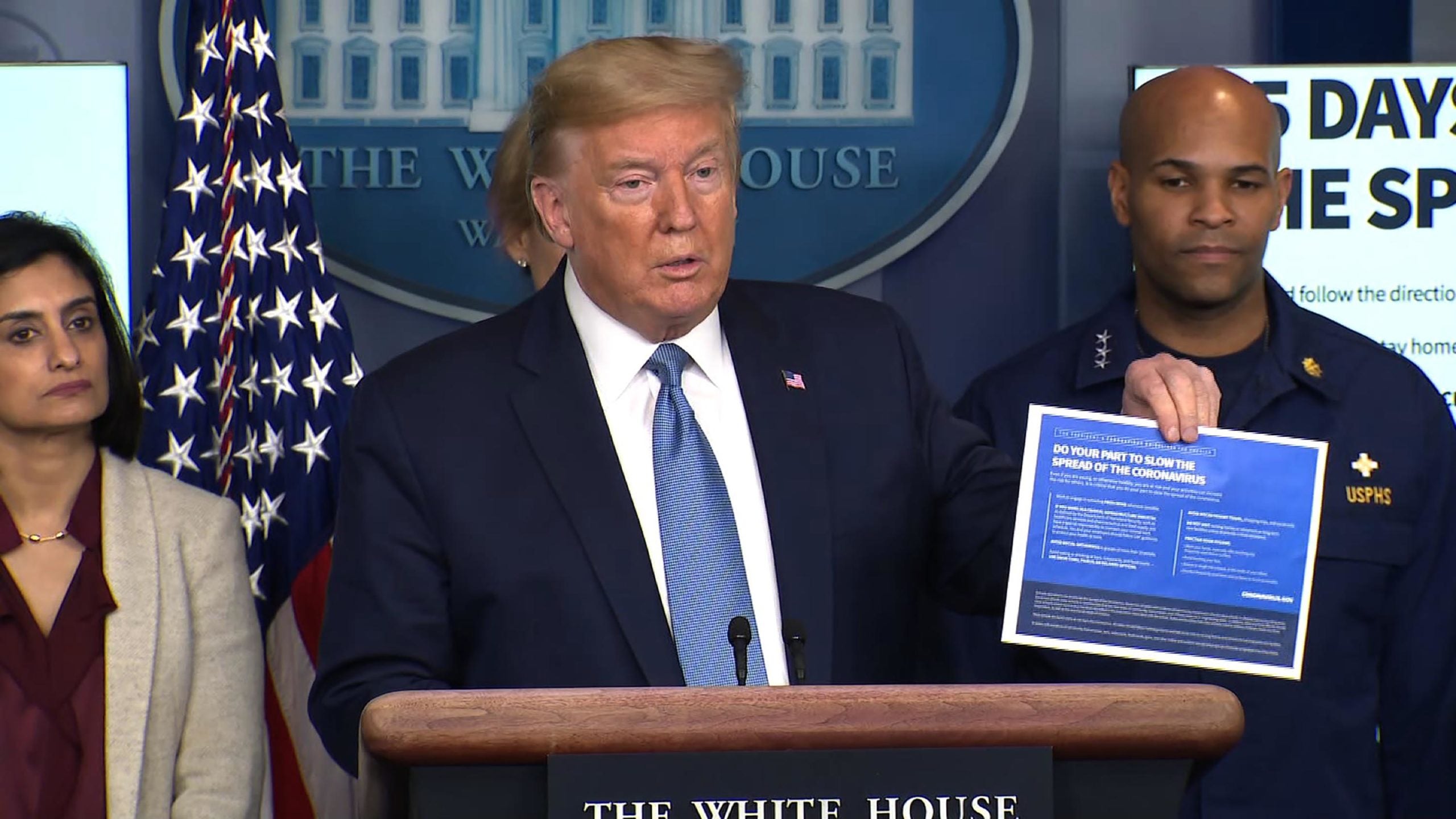 (CNN) — The White House advised people not to gather in groups of more than 10 in a set of new guidelines to fight the coronavirus outbreak released Monday, also asking people to stay away from bars, restaurants and food courts, and to not travel if possible.

The guidelines also say states that have seen community spread should close bars, restaurants and other public places, though that is not a mandate.

Several cities, including Philadelphia and San Francisco, and entire states, including Maryland, have already issued the orders for bars and restaurants to close as soon as this evening.

The President’s guidelines — which he said are in effect for 15 days, to slow the virus’ spread — also include a set of broad measures that public health officials have been pushing since the start of the outbreak, including staying home from work if you feel sick and avoiding discretionary travel.

“If everyone makes this change or these critical changes and sacrifices now, we will rally together as one nation and we will defeat the virus and we’re going to have a big celebration all together,” Trump said at the White House Monday.

The guidelines — and specifically the recommendation that people don’t gather in groups of more than 10 — marks a notable escalation from the guidance put out by the US Centers for Disease Control and Prevention Sunday recommending that no gatherings with 50 people or more take place for the next eight weeks to slow the spread of the virus.

Striking a far more somber tone than previous press conferences, Trump acknowledged that the coronavirus is not under control in the US or internationally just one day after saying the virus is “something we have tremendous control of.”

Asked by CNN to revisit that statement, Trump claimed he was “not referring to it” — meaning the virus — when he talked about the situation being under control.

“When I’m talking about control, I’m saying we are doing a very good job within the confines of what we’re dealing with,” Trump said, adding that the virus is “not under control for any place in the world.”

The President also predicted the coronavirus outbreak could start to subside in July or August of this year, although he conceded that it could continue to be a threat even longer.

“It seems to me that if we do a really good job, we’ll not only hold the death down to a level that is much lower than the other way had we not done a good job,” he said. “People are talking about July, August, something like that.”