New father shot and killed in his home, police searching for suspect 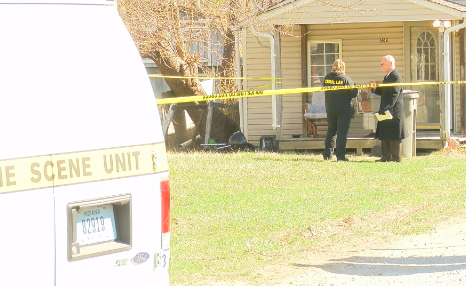 INDIANAPOLIS (WISH) — Family found their loved one dead, shot in his own home on the east side of Indianapolis. The discovery was made Sunday morning on North Spencer Avenue, near 21st Street and Emerson Avenue.

On North Spencer Street the sun was shining, but everywhere you look, there’s heartbreak. Dozens of loved ones crowded the scene. They’re grieving a loss. Police have not identified the victim, however the family did. They say it’s 22-year-old Anton Craig.

Rodney Render was Craig’s uncle. He says his nephew had just become a father for the first time. Craig went through school to become a barber. Render said it was important for Craig to have the means to take care of his family.

“What they took from us is a young man. (He) just had a baby, just excited about being a father, excited about working, trying to do the right things. (He) was going in the right direction and now that’s gone, over a senseless act,” Render cried.

Family members went to check on Craig Sunday morning after not hearing from him for a day, police said. When they arrived, they found him dead, lying on his floor. Police say he suffered at least one gun shot wound. Investigators believe the circumstances are suspicious and that foul play is involved, but they wouldn’t say what led them to that conclusion.

“We can’t really tell you about things that we have uncovered or found at this time. It’s a little too premature to talk about that,” said Captain Brian Moore of IMPD.

Although investigators are tight-lipped, Render is confident they’ll track down whomever is responsible.

“They will find you and justice will be take care of,” he added, “It’s not worth it. It’s going to be two losses on this side. You took away our loved on Anton. You also going to take away yourself from your family in jail time. It’s not worth it.”

If you have any information that could help in this investigation, call Crime Stoppers at 317-262-TIPS. Police are offering a $1,000 reward and you can remain anonymous.