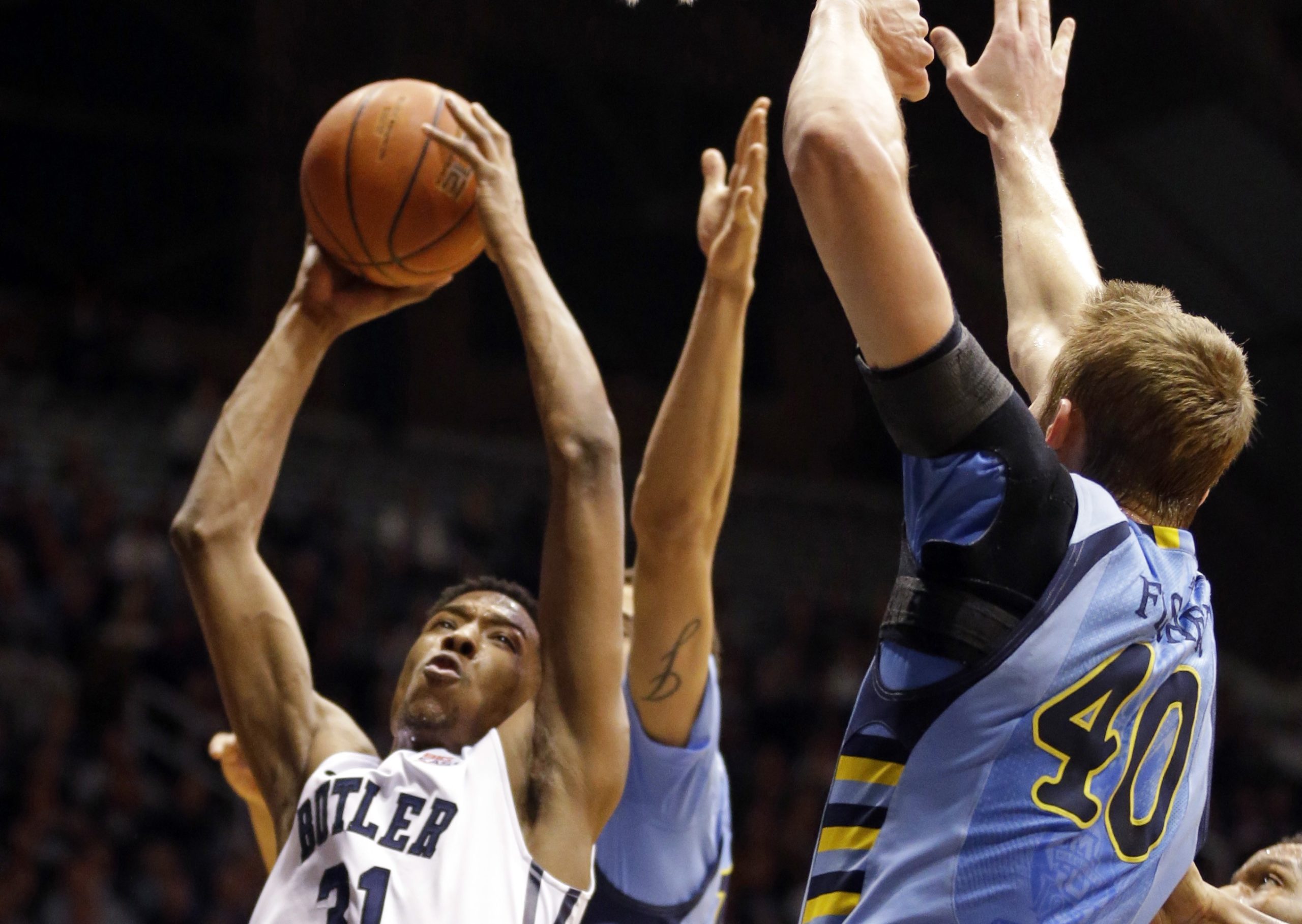 INDIANAPOLIS (AP) – Kellen Dunham scored 22 points and Kameron Woods added 14 to lead No. 23 Butler to a 73-52 win over Marquette on Wednesday night.

The Bulldogs (20-8, 10-5 Big East) rebounded from their worst loss of the season by winning their 20th game of the season for the 20th time in school history. Butler also avoided losing back-to-back games for the first time since mid-December.

But after taking a 37-30 halftime lead, the Bulldogs finally seized control on Dunham’s back-to-back 3s. That gave Butler a 44-35 advantage with 15:53 to play. The Bulldogs then used a 7-0 run to push the lead to 59-42 with 8:43 left, and the Golden Eagles never challenged again.

It was a badly needed win for Butler, which lost by 17 points on Saturday against Xavier after starting forward Andrew Chrabascz went down with a broken bone in his right hand. Chrabascz didn’t play Wednesday, either.

But this time, though, the Bulldogs had plenty of options to make up for Chrabascz’s absence.

In addition to Dunham and Woods, Roosevelt Jones had 10 points, six assists and four rebounds. Freshman Tyler Wideman matched his season high with eight points, all in the first half, and grabbed eight rebounds. And another freshman, Kelan Martin, scored nine points off the bench.

The combination was simply too much for Marquette, which had only eight scholarship players available.

Butler took full advantage by jumping into the lead in the opening minutes, never trailed and continued pulling away over the final five minutes.

Marquette: The good news was that the Golden Eagles had their top scorer and leading rebounder back Wednesday. The bad news: They didn’t play well. After missing four games with a concussion, Matt Carlino wound up with 10 points. And Juan Anderson, who missed Saturday’s game against Villanova with an ankle injury, grabbed no rebounds.

Butler: For the Bulldogs it was milestone night. Jones became the second Bulldogs’ player this season to top the 1,000-point mark. Dunham moved into the top 20 on the school’s career scoring list and now has 1,319 points and 200 career 3s. Woods had seven rebounds, tying Matt Howard (884) for No. 3 on the school’s career list. Howard’s father, Stan, sang the National Anthem, too.

Marquette: Travels to Providence on Sunday.