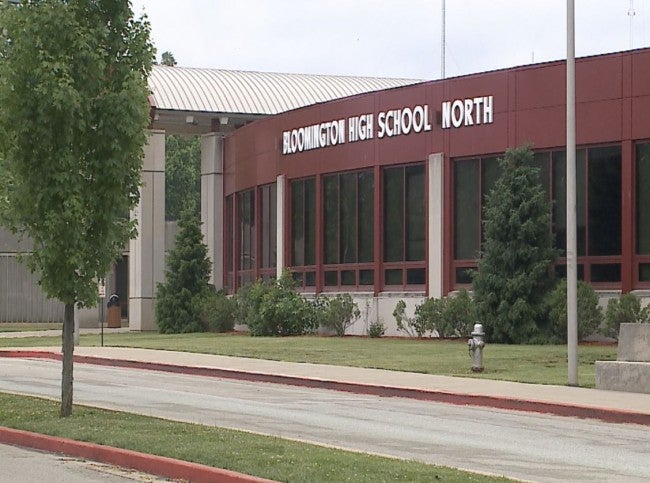 The students say they just wanted to form a prayer group. But, when they were planning the group’s events the principal says the adviser grew skeptical of their mission.

“What you guys are all hearing is not true,” said Kole Jones, one of the organizers of the group. “Prayer-based, faith-based is always what we intended for it to be.”

When asked if it was a hate group in disguise, Jones answered, “I’d say that’s completely wrong because that’s none of our intentions. Our intentions is just to have our own faith-based, freedom of religion, freedom of speech group.”

The group was pulled after its adviser stepped aside.

“He said his goal was not to be a part of, or sponsoring a group whose sole mission was to support straight pride,” said Bloomington North High School principal, Jeffry Henderson.

Without the faculty adviser the group can’t exist.

“We were hearing a lot of concern from the youth that go to that school and feeling like perhaps this group was working against them and they were starting to feel unsafe,” said Laura Ingram, the Youth Director for Prism Youth Community.

“We thought it was a little odd that they were creating a group that was for straight people only when the GSA (Gay Straight Alliance) already includes straight kids,” said Sarah Perfetti, the group’s executive director

Groups are now calling for more education and understanding.

“I would like to see across the board cultural competency training for educators and anyone interacting with the students on LGBTQ issues and how to be welcoming and supportive,” said Amy Makice, a parent of a Bloomington South student. She also started a parent advocacy group for students are Bloomington North and Bloomington South High Schools.

“I think it was a missed opportunity. A chance to meet with these students and sort of get to the bottom of what they were trying to do,” said Makice.

Jones says the group will try to find another faculty adviser over the summer.

But, the principal said student groups cannot be used to disparage, intimidate or harass other students, or disrupt the learning process. He said based on that he doesn’t think this group can exist.