One dead in overturned semi in Hendricks County 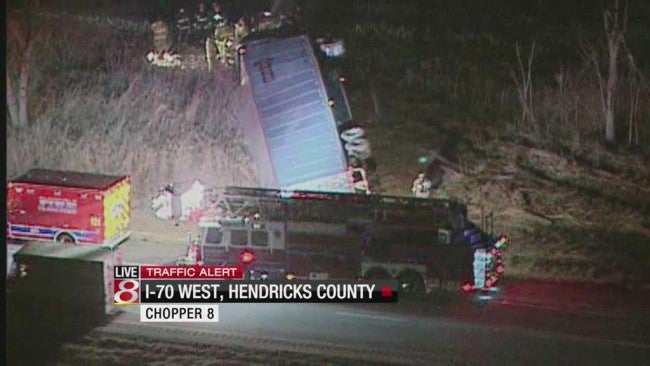 When Plainfield Fire and Liberty Township Fire crews responded to the accident, they initially reported the driver was trapped in the truck.

The crash happened near the 61 mile marker, just east of State Road 39.  Chopper 8 showed numerous accidents in both east and westbound lanes near the crash site.

Police say the driver of semi died in the accident.  They say he was from Tennessee.

Crash cleanup took several hours as they had to off-load several thousand pounds of beer.