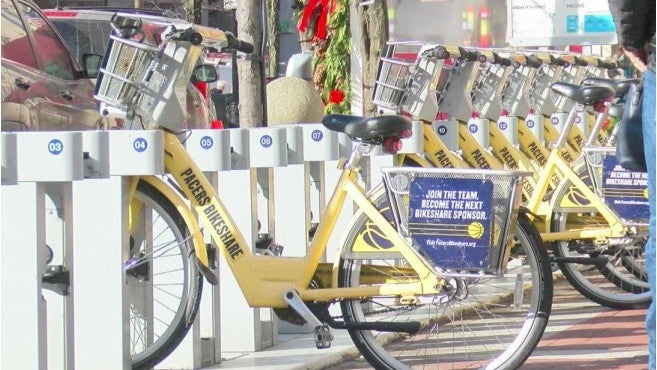 INDIANAPOLIS (WISH) – The Pacers Bikeshare is celebrating five years in Indianapolis with one of its biggest expansions yet.

In late summer the program will be adding 275 more bikes and 23 new bikeshare stations.

In the last five years, the bikeshare program has played host to more than half a million trips, more than one million miles, and has had a carbon offset equivalent of taking 89 cars off the road.

The goal of the expansion is to make the program accessible to neighborhoods outside of downtown and off of the cultural trail.

The new bike share stations will be in various neighborhoods around the city along the Monon Trail, the White River Trail and areas like Garfield Park.

Recently the scooter programs around the city have brought in competition for the bikeshare program. Although they say the amount of walk-up users has dropped by about 30 percent, the monthly and annual pass holders are continuing to grow.

The executive director of the Indianapolis Cultural Trail says that the goal of the expansion is to continue the mission of making these trails and neighborhoods more accessible and easier for people to travel and explore by bicycle.