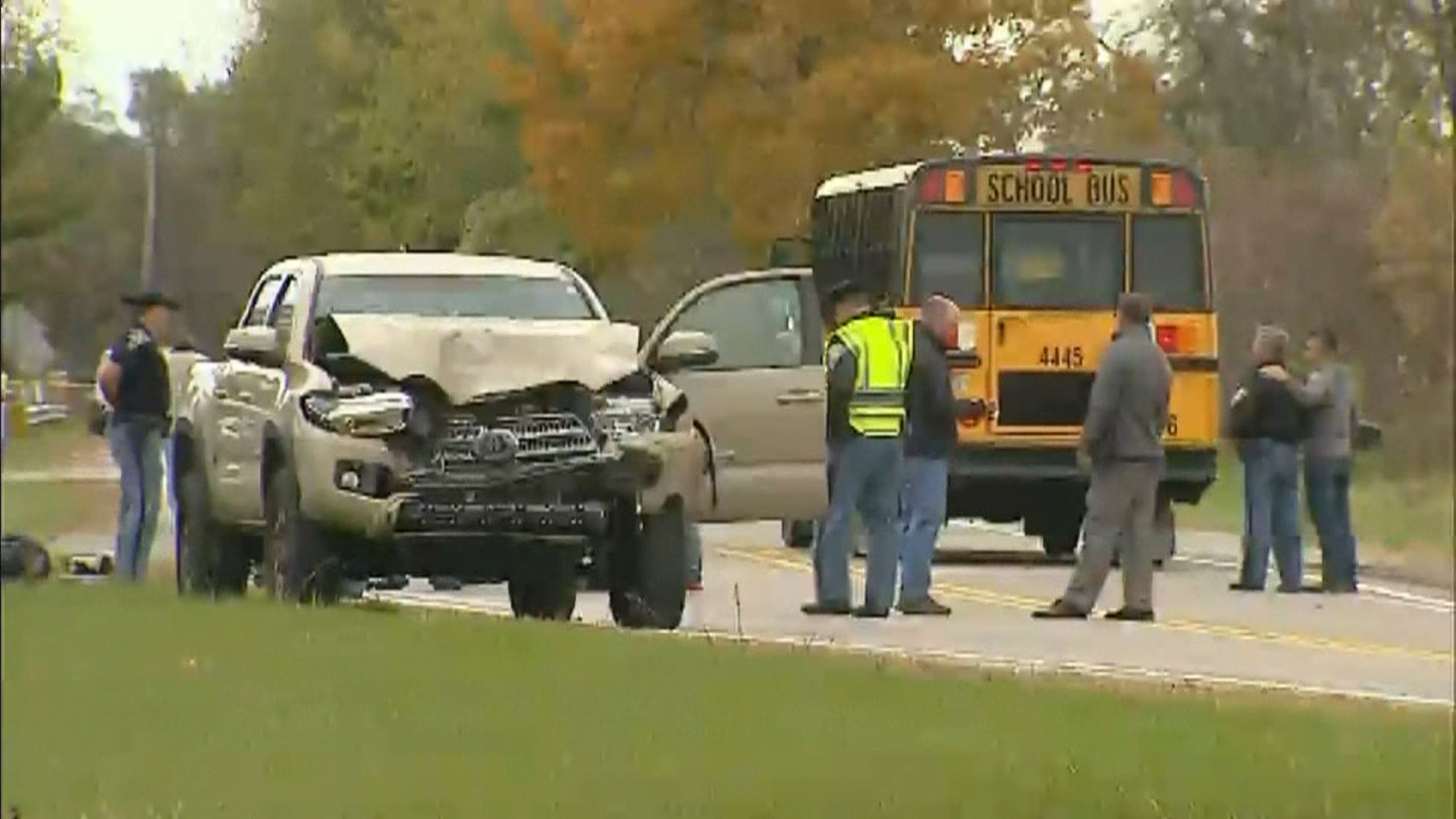 INDIANAPOLIS (WISH) – The parents of three children killed while crossing a state highway to get on a school bus shared their story and pushed for a new Indiana law Tuesday.

A truck hit and killed their children in October near Rochester. Another boy who was critically injured recently left a Fort Wayne hospital.

Mother Brittany Ingle said, “We want to make sure no family ever has to suffer what we’re going through. I don’t know what it’s like to bury one child and unfortunately, I had to bury three. No parent should ever have to do that,”

Twin 6-year-olds Xzavier and Mason Ingle “were very inquisitive little boys,” Brittany said. “They loved to learn about the world around them.”

Their older sister, 9-year-old, Alivia Stahl, Brittany said, “She’s my hero. In that split second, she chose to shield my sons. What 9-year-old does that?”

State police said the fatal incident happened about 7:15 a.m. Oct. 30 at a bus stop in the 4800 block of South State Road 25 near Rochester. All four children were crossing the state highway to catch the school bus.

In the aftermath of the crash, state Sen. Randy Head, a Logansport Republican, has filed a bill. “What it’s going to do is raise penalties for drivers who violate school bus stop signs, flashing lights and stop arms.”

Head said his bill would mandate that no child would have to cross a state highway to get to a school bus unless there is no alternative. The lawmaker said the bill would also allow schools to petition to reduce speed limits around bus stops. He said he going to think about adding language that involves putting cameras on stop arms of Indiana school buses.

The Ingles said they’ll keep fighting for their children. “We want to help other children and other families from going through what we’re going through,” Brittany said.