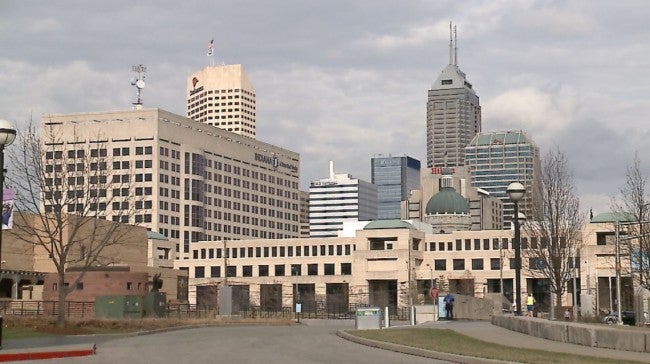 INDIANAPOLIS (WISH) – If you’re heading downtown any time over the next four days, you’ll want to think ahead about parking or transportation.

John Dedman with Indiana Sports Corp recommends, be prepared to walk a little bit if you are heading downtown. If you find a spot four or five blocks away from Lucas Oil Stadium or downtown, he says, take it.

They’ve got a lot of lane restrictions and many metered spots right downtown blocked off for pedestrian traffic, or for all the media coming into town.

Dedman says while traditional garage or street parking will be available, Lucas Oil Stadium’s south lot will be open Friday and Sunday for a small fee. That lot will not be open Saturday.

He also recommends parking near IUPUI Friday through Sunday.

“We want people to come downtown and really have their Final Four experience whether you have a game ticket or not. We have a number of fan events that NCAA and Indiana Sports Corp are putting on. It’s going to be a great weekend, and we hope people come down and enjoy it. Just plan for a little extra time,” said Dedman.

So, what if you don’t plan on driving downtown and you’d like to take a taxi of some sort?

Jeff Weber, Operations Manager with Indianapolis Yellow Cab, says they have special rates for trips that originate in the downtown area this weekend, so you will know what to expect if you get into a regular cab. Everything in the immediate downtown area, he says, is $10.

They’re also setting up extra taxi stands downtown to find a taxi on Saturday and Monday nights. There is one near the post office at Illinois and South streets. Of course you can always flag one down as well.

Weber says they also have an app now as well, if you’re looking for a taxi this weekend. Uber and Lyft are also an option. Lyft says they have a price cap at 200 percent during surge times.

This week, Uber and Lyft reached a deal with the Indianapolis Airport Authority, to allow them to pick up people at the airport.

Here are some airport recommendations from Uber: