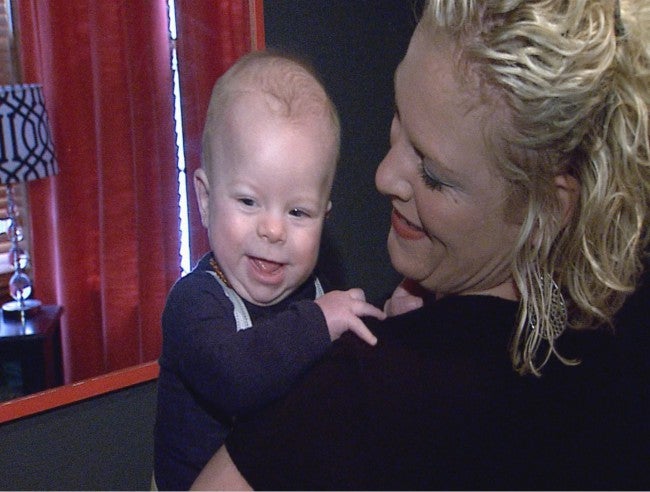 INDIANAPOLIS (WISH) – There’s a growing trend among new moms that might surprise you.

It’s a natural remedy believed to increase milk supply, boost energy and even help with postpartum depression. It’s called placenta phagia and it’s becoming more and more popular in Central Indiana. For most people it means taking just one capsule a day, but when some people find out what it really is, it can be tough to swallow.

“I’m just interested as a mother in doing things more naturally for my son and for my family,” Abby Eberhard said.

She’s a first-time mom who just welcomed Truett to the family six months ago.

“I think there’s lots of things about being a new mom that are hard. Breast feeding is one of them. Although it seems like it should come really naturally, it doesn’t for a lot of women,” Eberhard said.

So while she was pregnant, Eberhard contacted a placenta encapsulation specialist. That means she had her placenta encapsulated after her son’s birth so she could consume it. It’s a practice gaining attention after several well-known moms like Kourtney Kardashian and actress January Jones admitted their use.

“The initial reaction for a lot of people is that it’s gross. I mean even I had that reaction immediately,” Eberhard said.

But the potential benefits outweighed Eberhard’s perception of placenta phagia.

“They’ve found that it helped increase their breast milk that they’re producing. Then one of the biggest things that I just really love about it, is the less risk of postpartum depression or baby blues,” said Tamrha Richardson, a placenta encapsulation specialist with Believe Midwifery Services. “It’s a beautiful organ. It does an amazing function and it can be a benefit to women afterward.”

She creates many placenta-based products, including art, consumable placenta broth, alcohol-infused placenta and capsules. Richardson said requests can range. Still, some in the medical community question the remedy’s true effect.

“For me, I’m like, ‘Where’s the evidence?’ There’s really no scientific research,” said Birdie Gunyon Meyer, an internationally-known perinatal mood disorder expert who works out of Indiana University Health.

“A woman who asks me about it, I do say there is no scientific evidence that this actually works. We don’t have the research,” she said.

What research does show is that placenta pills are not harmful, but Gunyon Meyer said she worries women will rely on them as a magic bullet.

“I don’t want women to think that placental encapsulation is going to make them free and they’re not going to get it and then they’re too ashamed to come forward because they still got it,” she said.

Research is expected to be released in the next year or two. It’s something Gunyon Meyer and Richardson are eagerly awaiting, but one Indianapolis mom said it’s not important.

“For me the proof is in the pudding. Huge, huge benefit,” Eberhard said.Helpful Links: