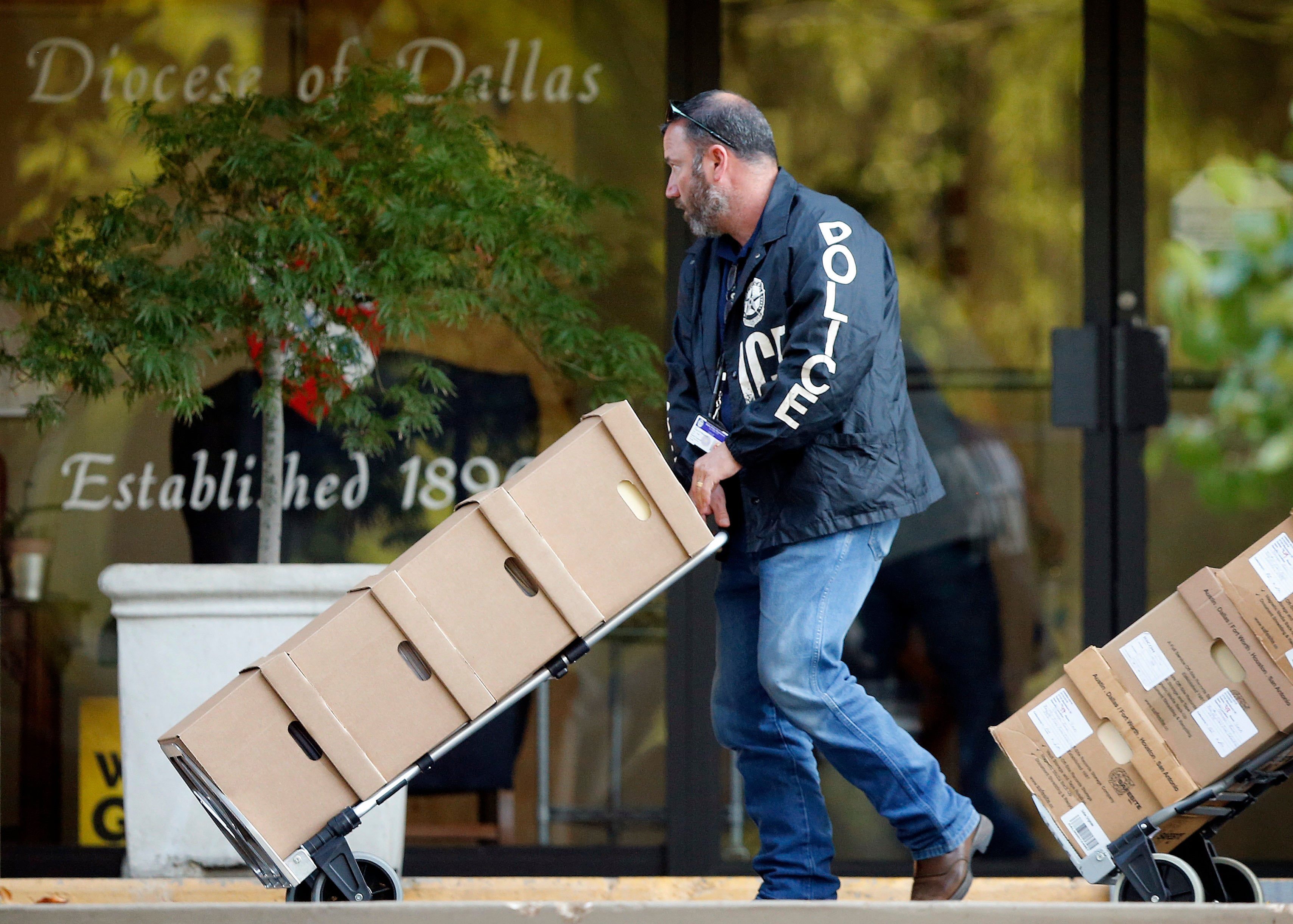 DALLAS (AP) — Police searched the offices of the Catholic Diocese of Dallas on Wednesday after an investigation into child sexual abuse allegations against a former priest uncovered claims against others, a police commander said.

Investigators searched the diocesan headquarters and also a storage unit it uses and the offices of a church, police Maj. Max Geron told reporters.

“We believed at this point that the execution of the search warrants was wholly appropriate for the furtherance of the investigation at this point,” Geron said.

The events began last August with the investigation of Edmundo Paredes , a former priest who is believed to have fled Texas following claims that he abused three teenagers. That investigation resulted in allegations of abuse by others, Geron said.

A copy of the warrants obtained by WFAA-TV refers to the 70-year-old Paredes and four others. All five were named in a report released in January by the diocese that identified former priests credibly accused of sexually assaulting a child.

Paredes is suspended from the diocese; the other four are suspended, on leave, retired or stripped of clerical duties.

Geron declined to release details on the suspects, potential victims or when abuse may have occurred. He said Wednesday’s search was meant to turn up documentation or data concerning the allegations against the men.

A spokeswoman for the diocese, Annette Taylor, said it has been cooperating with investigators.

But Detective David Clark said in the warrants that police had not been given all the “priests’ files flagged for sexual abuse.”

The group Survivors Network of those Abused by Priests, or SNAP, released a statement commending police with raiding the “secret archives” of the diocese.

“Institutions cannot police themselves and it is only through strong action from law enforcement that the full truth of their scandals can be revealed,” the statement said. “We applaud the move and hope that it will inspire others who saw, suspected or suffered clergy sex crimes or cover ups in Texas to make a report to law enforcement officials immediately.”