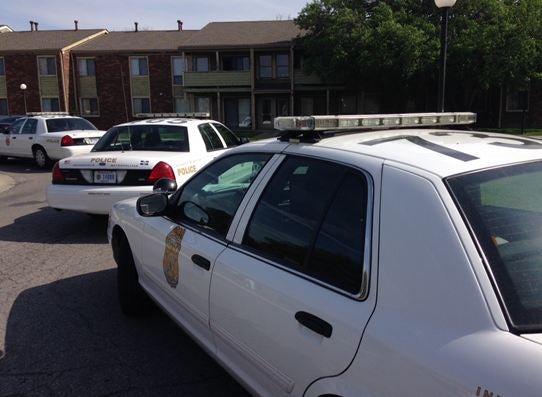 INDIANAPOLIS (WISH) – Indianapolis Metropolitan Police Department officers responded to the scene of a shooting on Tuesday morning on the city’s northwest side.

Police said they are investigating the shooting as a home invasion.

According to IMPD officials, police responded to the report of a person shot at Abington Apartments. Police said two men entered the apartment unit and one of them fired shots. The victim returned fire.

There were a total of three people inside the apartment at the time of the shooting and none were injured, police said.

Neighbors were frustrated after learning about the invasion. “What gives you the right to go in someone’s house?” asked a woman did not want to be identified.

Detectives are trying to determine if this case is connected to other home invasions in the area.

“We don’t believe it’s random. We believe their is a connection between the occupants and the suspects,” said Officer Kendale Adams.

The victims did not wish to talk on camera or be identified.

IMPD said they were also responding to another shooting incident at West 65th Street. At that scene, police said a homeowner was shot by a suspect during an attempted robbery.