Pompeo to meet Biden’s secretary of state nominee this week 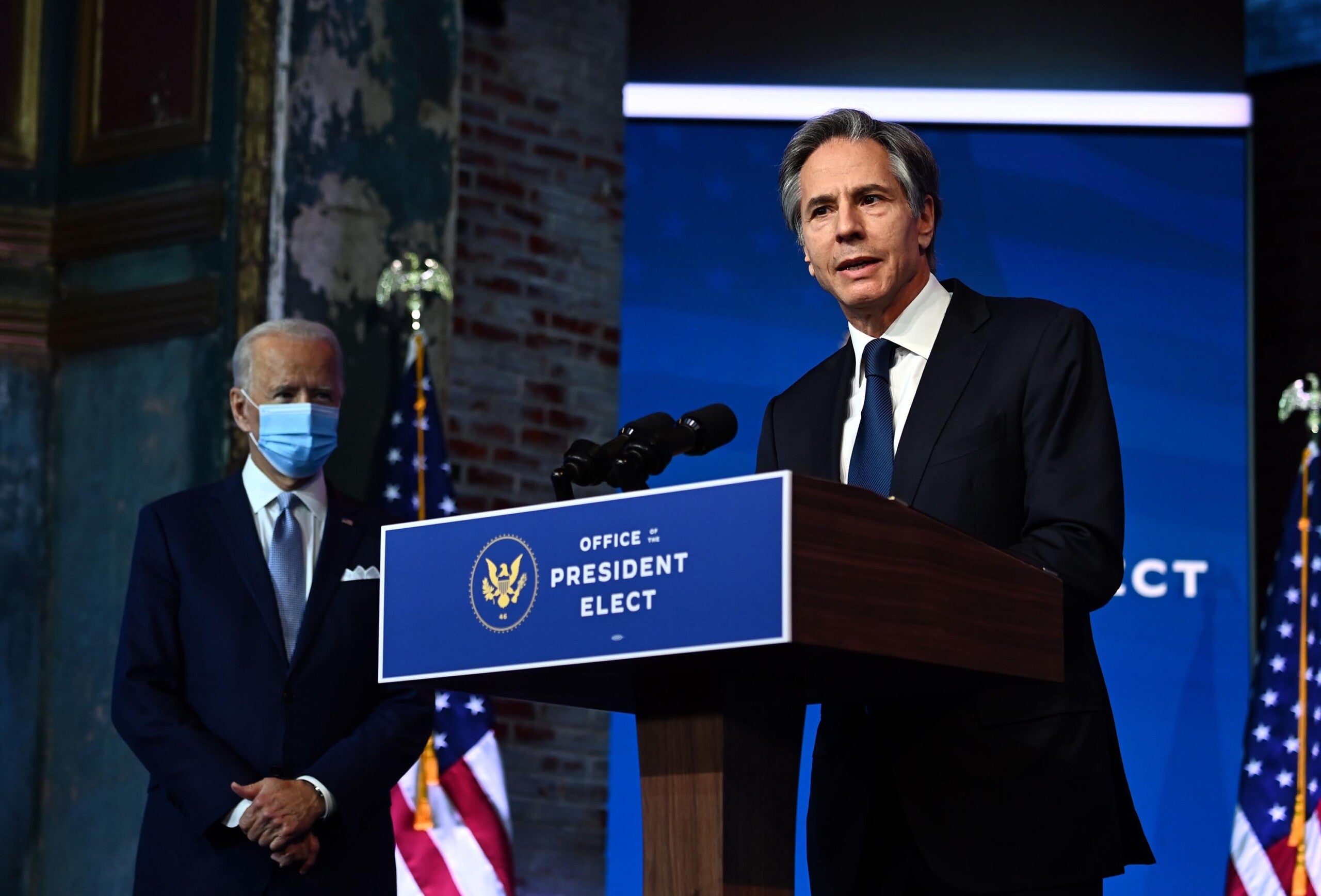 Nominated Secretary of State Antony Blinken(R) participates as US President-elect Joe Biden speaks during a cabinet announcement event in Wilmington, Delaware, on November 24, 2020. - US President-elect Joe Biden introduced November 24, 2020 a seasoned national security team he said was prepared to resume US leadership of the world after the departure of President Donald Trump. "It's a team that will keep our country and our people safe and secure," Biden said, introducing his picks for secretary of state, national security advisor, intelligence chief, and other key cabinet jobs"It's a team that reflects the fact that America is back. Ready to lead the world, not retreat from it," Biden said. (Photo by CHANDAN KHANNA / AFP) (Photo by CHANDAN KHANNA/AFP via Getty Images)
by: Kylie Atwood, CNN
Posted: Dec 15, 2020 / 10:06 AM EST / Updated: Dec 15, 2020 / 10:06 AM EST

(CNN) — President-elect Joe Biden’s pick for secretary of state is expected to visit the State Department and meet with Secretary of State Mike Pompeo on Thursday for the first time since Biden’s victory, according to three sources familiar with the planning.

The meeting between Antony Blinken and Pompeo — planned to occur days after the Electoral College cemented Biden’s victory on Monday — will mark the first formal recognition by President Donald Trump’s top diplomat that he is preparing to hand over the reins of American foreign policy to his successor. The meeting is scheduled to last for only 15 minutes, but State Department officials view it as a positive step, one of the sources said.

The meeting will be one of the first high-level face-to-face meetings between a Biden team nominee and a member of Trump’s Cabinet. In the immediate aftermath of the election, Pompeo refused to acknowledge Biden’s victory and ignited a furor among diplomats by stating that “there will be a smooth transition to a second Trump administration.”

But Pompeo has also said “we’ll make this work” when speaking about the transition at the department, and last week CNN reported that he was willing to meet with members of Biden’s team.

Blinken, who will need Senate confirmation before officially serving as secretary of state, has not been waiting for a meeting with Pompeo to begin preparing for his duties, according to sources familiar with his work over the last few weeks.

“It is a good thing that the Pompeo meeting is expected to happen this week, but Blinken was not waiting around. He couldn’t. The Biden team didn’t know if Pompeo would even agree to meet Blinken, and they thought he may do it in the eleventh hour if he did it at all,” said a source familiar with the transition.

Binken was among the first officials Biden named to his Cabinet last month, and since then he has begun preparing to step into that role — prepping for his nomination hearing and mapping out Biden’s immediate foreign-policy decisions, explained a source familiar.

Biden has promised to immediately rejoin the Paris climate accord and return the US to the World Health Organization. The President-elect has committed to moving swiftly on these policy moves, which has meant Blinken is planning for their rollout alongside lawyers, said a source familiar.

Blinken has the benefit of having previously established relationships with many senators who will be voting on his nomination. Those relationships date back to his days working on the Senate Foreign Relations Committee with Biden. He has begun having conversations with senators on both sides of the aisle as he is in the early stages of preparing for his confirmation hearing, explained sources familiar with the conversations.

Republicans have been reticent to acknowledge Biden’s incoming team and many have repeated Trump’s false claims that the election was stolen from him. But behind the scenes, Blinken has spoken to a number of Republicans, including Sen. Lindsey Graham of South Carolina, who he is expected to speak with again in the lead-up to his confirmation hearing early next year, according to a source familiar with the discussions.

Blinken is also heavily focused on thinking about personnel decisions at the State Department, said two sources familiar with the process. Some of the midlevel hiring choices, which require the applicants to go through a series of interviews, are in their final stages, said two sources familiar with the process. As recently as last week Biden reiterated that his administration will “revitalize” the State Department.

Filling jobs quickly at the department is one of the ways the Biden team believes it can boost morale there, said one of the sources. It will be a stark contrast to the Trump administration, which left some top jobs vacant for years. Blinken, who has relationships with many career diplomats from his time as deputy secretary of state during the Obama administration, will also focus on crafting a plan to demonstrate his commitment to driving needed change at the department, one source said.

Blinken has not officially picked a chief of staff or officials to fill the top roles at the department, such as deputy secretary of state, two sources said. And with the transition happening almost entirely virtually, the chatter about who could fill those jobs is spreading more slowly through Washington, they pointed out.

Last week, there were about 25 planned briefings every day for the Biden transition team, one of the sources said. Most of these briefings are taking place virtually, with a handful happening in person if they cover classified materials.

While Blinken is not taking part in those briefings, they are laying the groundwork for him and his team. He is also expected to meet with some of the career officials helping to run this process later this week when he goes to the department, said a source familiar with planning.

Separate from the activity focused on Foggy Bottom, Blinken is performing three other roles: senior adviser to the President-elect, senior leader on the transition’s national security team, and husband and father of two children under the age of 2, explained a source familiar.

“He is being consulted on things that go beyond preparing to be secretary of state. He has got his plate full,” said a source who has interacted with him in the last few weeks.

Blinken, in his role as senior adviser to Biden, was very involved in the decision to pick Lloyd Austin for secretary of defense, said a source close to Blinken. Blinken’s fellow co-founder at WestExec Advisors, Michèle Flournoy, was another top contender for the job.

Blinken makes trips to Wilmington, Delaware, where the President-elect is based, when he needs to see Biden in person, but he is mostly working from his home in Washington, where his toddler son has sometimes appeared on his teleconference screen, said a source familiar.

Blinken’s wife, Evan Ryan, who was a top official at the State Department during the Obama administration, is also working for the transition, with the intergovernmental affairs team. 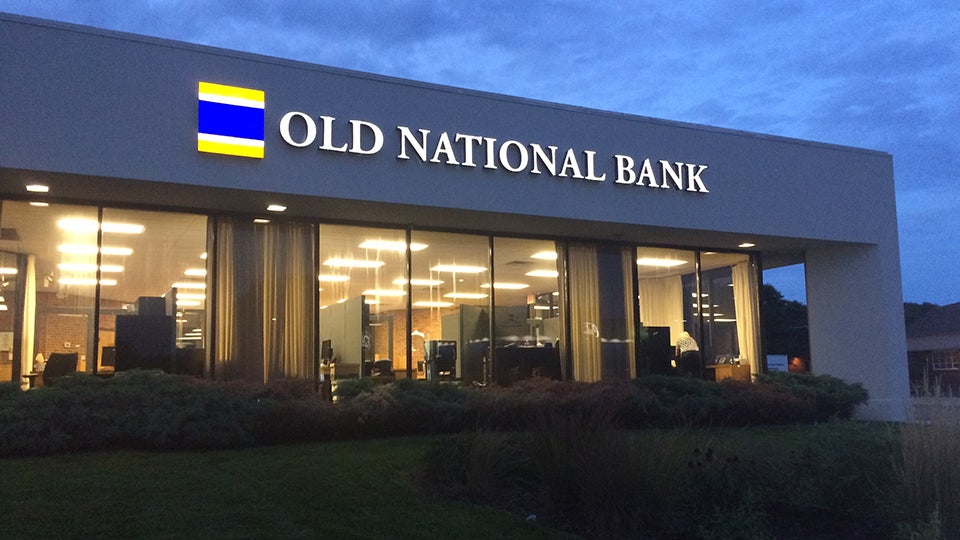 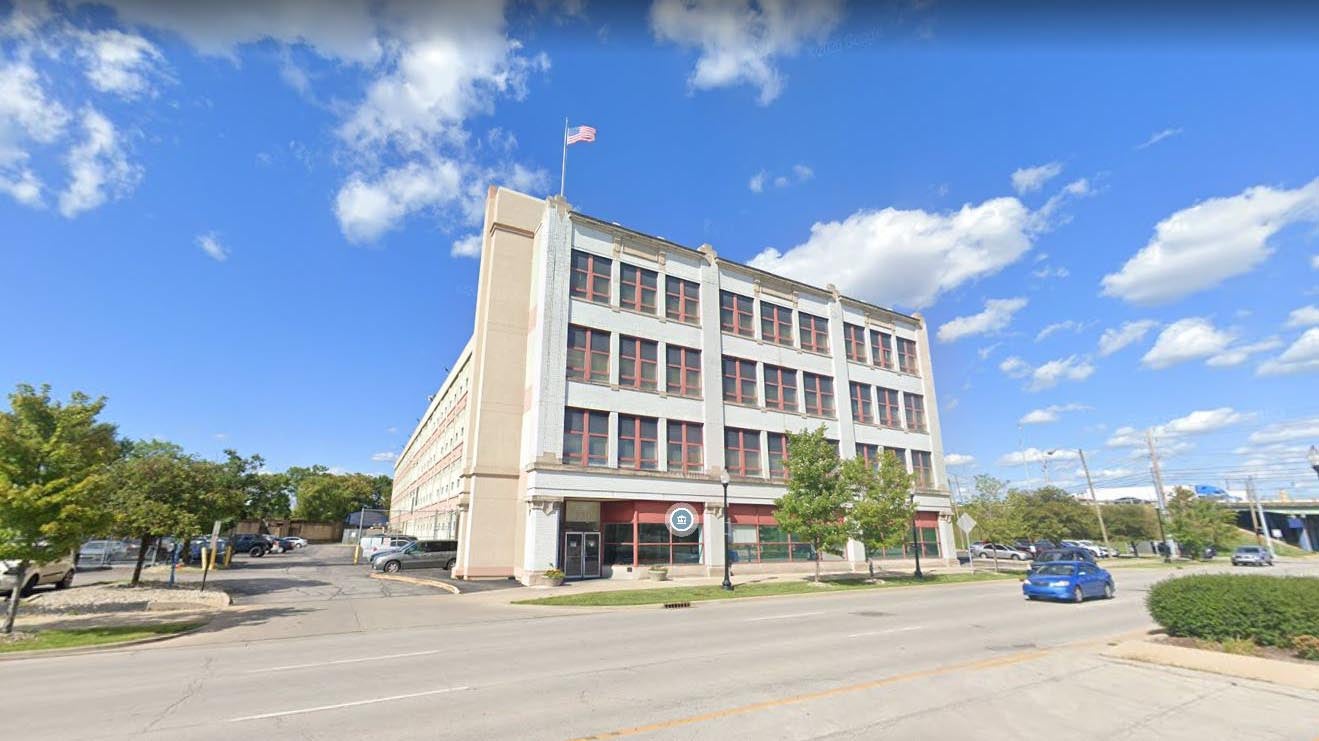 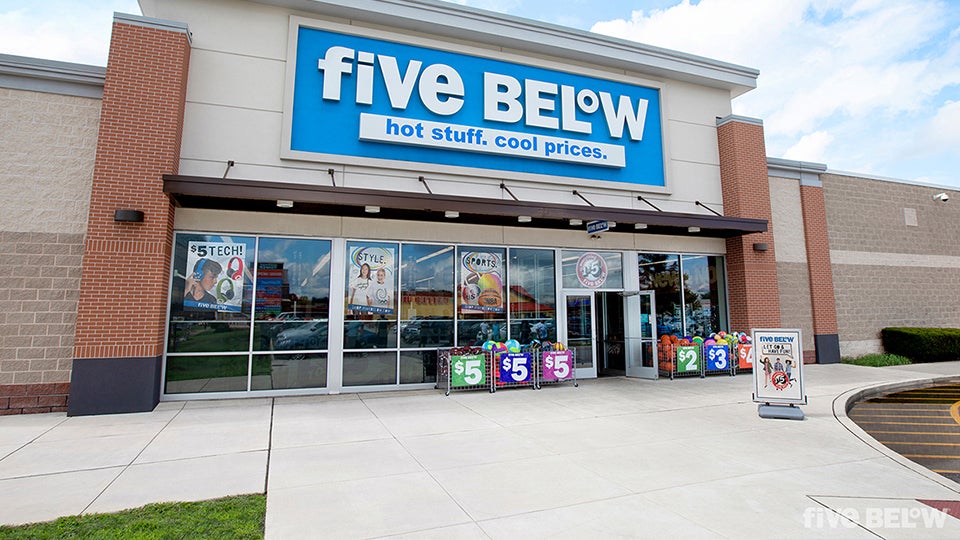