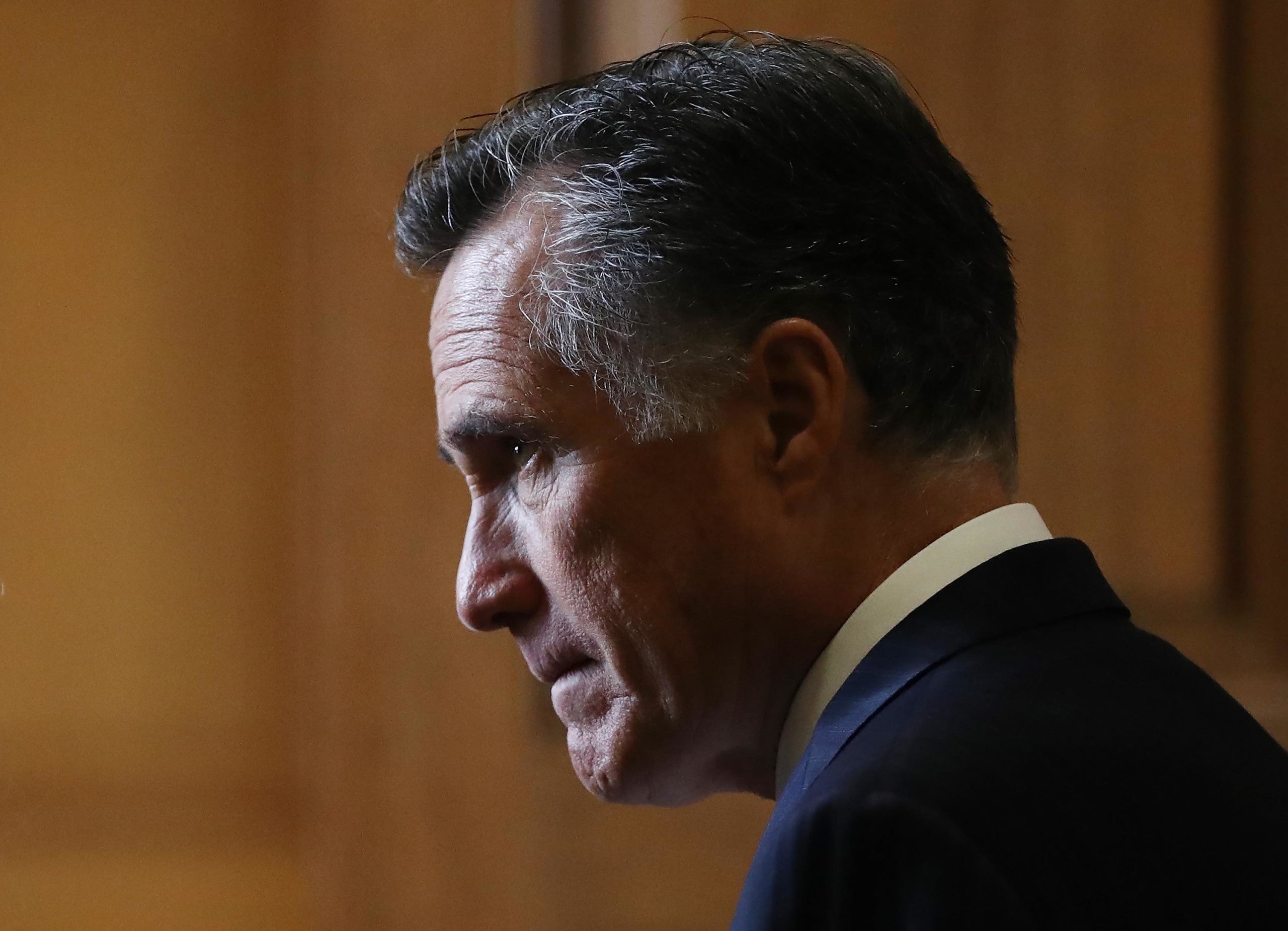 (CNN) — Republican Sen. Mitt Romney on Sunday marched in a Washington, D.C. protest after the death of George Floyd in a break from other GOP lawmakers who have largely aligned behind President Donald Trump’s militarized response to nationwide unrest.

Romney told a Washington Post reporter that he was participating in the demonstration “to make sure that people understand that black lives matter.” The Utah senator later tweeted a photo of himself at the protest with the caption “Black Lives Matter,” becoming one of the most prominent GOP figures to do so.

An aide to Romney said the senator did not have any further comment on his participation, and that he wasn’t intending to publicize his march. Romney’s words during the march, captured on video by the Washington Post, are all he wants to say at this point, the aide said.

Joining the evangelical group was “spontaneous,” the aide said, adding that Romney was in D.C. and intended to march Sunday. He came across a group of 1,000 to 1,500 evangelicals from the D.C. area near the Capitol and joined their march, the aide added.

His participation comes as Republicans — for the most part — have backed the president following his threats to use the military on protesters and his controversial church photo-op last Monday.

Trump had declared himself “your president of law and order” as peaceful protesters just outside the White House gates were dispersed with gas, flash bangs and rubber bullets, after which Trump visited a nearby church. He remained at the boarded-up building for a matter of minutes before returning to the White House.

The episode followed nearly a week of protests across the country that at times have turned violent over the killing of Floyd, a 46-year-old African American man who died while in police custody in Minneapolis.

Romney, who marched with a large group of evangelical Christians along Pennsylvania Avenue, also told the Post he was participating in the demonstration to bring awareness to the need to “end violence and brutality.” He tweeted last month that “The George Floyd murder is abhorrent.”

“Peaceful protests underscore the urgency of addressing injustices,” the former GOP presidential nominee said. “But violence drowns the message of the protesters and mocks the principles of justice.”

On Saturday, Romney had tweeted a photo of his father participating in a Civil Rights protest.

“This is my father, George Romney, participating in a Civil Rights march in the Detroit suburbs during the late 1960s—’Force alone will not eliminate riots,’ he said. ‘We must eliminate the problems from which they stem.'”

Mitt Romney protesting is just the latest instance of friction in his contentious relationship with Trump — one that grew increasingly tense during the Senate’s impeachment trial of the President after the Utah Republican broke ranks with the party to vote to convict the President of abuse of power.

The president responded to his impeachment vote by attacking Romney as a “failed presidential candidate.”