Stimulus negotiations: A deal is within reach. Can Hill leaders finally strike one? 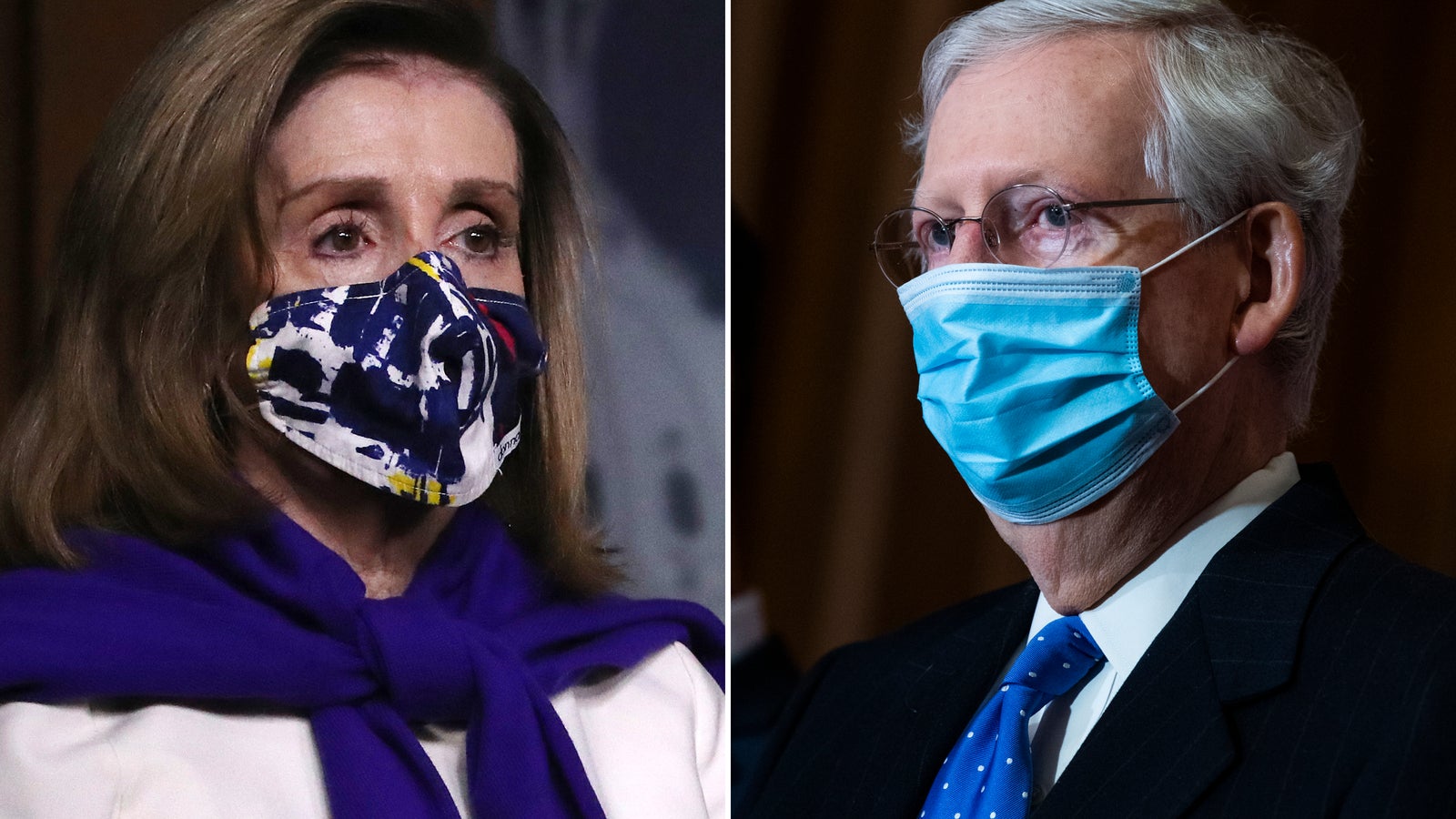 With government funding running out Friday night, lawmakers have to release a massive, $1.4 trillion package as soon as Tuesday if it has any chance of passing Congress and keeping agencies from shutting down by the weekend.

That means Americans could learn Tuesday whether leaders on Capitol Hill have agreed to provide desperately needed relief since they want to add the Covid-19 provisions onto the omnibus spending package.

Or struggling Americans could once again be disappointed if there’s no agreement and they’re forced to wait even longer as lawmakers continue to haggle.

If congressional leaders remain at an impasse, Congress may have to pass yet another short-term stopgap resolution to give them more time to find an agreement.

It’s clear to virtually everyone in Washington that a deal is within reach that includes several key provisions: An extension of jobless benefits, money for vaccine distribution, funds for schools, small business loans — among a handful of other issues.

But congressional leaders still need to sign off on such a proposal.

As of late Monday night, there still was no final consensus, with familiar sticking points: Democrats want state and local money to help ensure workers who provide vital services are not laid off. Republicans believe much of that money will be wasted. And the GOP lawmakers who are open to more state and local aid say there also need to be lawsuit protections for businesses and other entities, but Democrats argue that the GOP proposals on that idea go too far.

Sources said Pelosi as of Monday night was still pushing for state and local aid. But there were clear signs that Democrats were likely to abandon that push, something that could lead to a long-awaited deal.

“It’s about time to get this done,” McConnell said on the floor Monday.

Democrats agree with the sentiment.

But can they get there?

House and Senate appropriators are planning to unveil a $1.4 trillion spending bill Tuesday to fund federal agencies until the end of September 2021, which leaves little time before the Friday deadline for what’s expected to be a massive package to pass both chambers.

If lawmakers manage to get the colossal legislation out the door Tuesday, then just as important as its funding provisions will be whether or not it includes pandemic relief. If it does, that would signal that a deal with buy-in from congressional leaders has been brokered and votes in the House and Senate can be teed up for later in the week to get it to the President’s desk. (They still would need cooperation from all senators to get the bill quickly passed.)

If a sweeping government funding bill is released without pandemic relief, that would spell serious trouble for the effort to pass Covid aid before Congress breaks for the holidays and could signal the impending demise of the last-ditch effort to secure a stimulus deal.

There’s another scenario too: Self-imposed deadlines have a way of slipping in Congress and it’s always possible lawmakers won’t release a massive funding deal Tuesday despite their intention to do so. If that happens, it could mean that talks over both stimulus and government spending are breaking down and lawmakers may be forced to punt the issue further down the road by walking away from a pandemic stimulus deal during the lame duck session of Congress and passing a short-term funding patch rather than a far broader, comprehensive spending deal.

“The next several days are going to bring about one of two outcomes,” McConnell said. “Either 100 senators will be here shaking our heads, slinging blame and offering excuses about why we still have not been able to make a law — or we will break for the holidays having sent another huge dose of relief out the door for the people who need it.”

Democrats may be forced to abandon state and local aid

There were clear signs on Monday that Democrats could be forced to abandon a push for at least $160 billion in aid to cash-strapped states and cities in order to get a bipartisan agreement on some relief provisions.

Pelosi and Schumer both refused to say that the aid was a red line for them in the talks. And during a 22-minute phone call Monday evening, the speaker told Treasury Secretary Steven Mnuchin that the GOP insistence to include lawsuit protections for businesses and other entities “remain an obstacle” to getting an agreement on state and local aid — since Republicans have demanded the two be tied together.

A bipartisan group of lawmakers unveiled the legislative text of a $908 billion compromise Covid relief plan on Monday. But rather than putting out a single legislative package, the bipartisan coalition splitting their proposal into two bills with one dealing with the thorny issues of state and local aid and liability protections, and the other focused on provisions expected to win widespread bipartisan support.

The move to split up the deal signals just how difficult it would be to win broader buy-in for such a package — and Republicans have insisted they will only support state and local aid if it’s coupled with liability protections, a move that Democrats have resisted.

Two senior Democratic sources briefed on the talks told CNN that it now appears unlikely that state and local aid will make it into a pandemic relief package.

If the aid is ultimately dropped from the plan, it would amount to a major concession from Democrats, who had advanced roughly $1 trillion for aid to states and cities as part of a $3 trillion-plus plan that passed the House in May and that the Senate never considered. Democrats had argued the money was paramount to ensure that workers performing vital services — ranging from first responders to health care workers — could continue to say on the job.

What’s in the bipartisan plan

If Democrats do drop their demand for state and local aid, the consensus bill put forward by the bipartisan coalition on Monday that sidesteps that issue as well as liability protections could serve as a ready-made starting point for what could be agreed to more widely on Covid relief.

That bill has a price tag of $748 billion and includes policy ideas that have proven popular across party lines such as a boost to the Paycheck Protection Program that has been a lifeline for small businesses devastated by the pandemic and funds to support vaccine distribution.

GOP Sen. Mitt Romney of Utah, a member of the bipartisan coalition, told CNN’s Dana Bash on Tuesday, “I am convinced the majority leader will actually bring legislation to the floor that will either take up our $748 billion bill or the total of $908 billion, or perhaps he will pick and choose from what we put together in a bill of his own and attach it to the omnibus spending bill.”

According to a summary released on Monday, the bill would provide $300 billion for the Small Business Administration and funds that would give small businesses the chance to benefit from another loan through the PPP with certain eligibility restrictions.

Senate Majority Whip John Thune, a South Dakota Republican, signaled optimism about the bipartisan package on Monday, saying, “I think in the end, it’s trending in the right direction.”