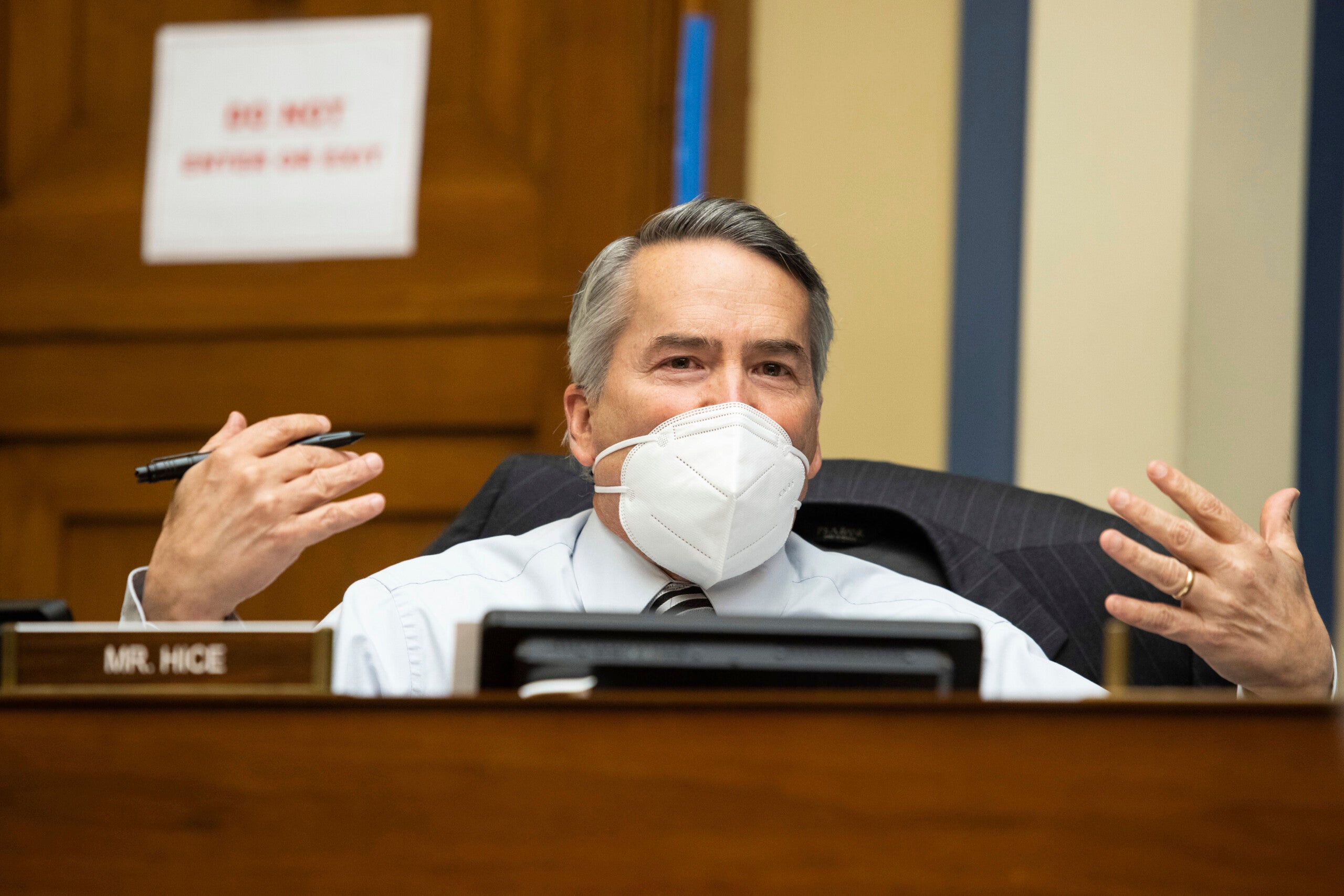 ATLANTA (AP) — Former President Donald Trump on Monday endorsed a conservative Georgia congressman in his bid to unseat the Republican secretary of state who refused to help overturn the November election results.

Trump’s endorsement marks his most direct attempt at retribution against those he blames for his loss and reaffirms his continued influence over the Republican Party.

“Jody has been a steadfast fighter for conservative Georgia values and is a staunch ally of the America First agenda,” Trump said in a statement that repeated the unsupported allegations of fraud. “Unlike the current Georgia Secretary of State, Jody leads out front with integrity. I have 100% confidence in Jody to fight for Free, Fair, and Secure Elections in Georgia, in line with our beloved U.S. Constitution.”

Hice didn’t mention Trump in his announcement but has said previously that he expected the former president’s support, and he echoed the president’s rhetoric about Raffensperger.

“What Brad Raffensperger did was create cracks in the integrity of our elections, which I wholeheartedly believe individuals took advantage of in 2020,” Hice said in a statement Monday, without supporting evidence that would refute Georgia’s three statewide counts of nearly 5 million ballots. “Every Georgian, in fact every American, has the right to be outraged by the actions and, simultaneously, the inaction of our Secretary of State,” Hice added.

Trump has long made clear his intentions to target Raffensperger and Gov. Brian Kemp, also a Republican, for their parts in ratifying Biden’s victory.

“I’ll be here in a year in a half campaigning against your governor and your crazy secretary of state,” Trump said at a Georgia rally on Jan. 4, the eve of two U.S. Senate runoffs that Democrats swept to win control of the chamber.

Both Kemp and Raffensperger have said they were simply following the state’s election law and fulfilling their required duties.

The developments Monday drew immediate plaudits from the right.

“The establishment still doesn’t get how popular Trump is with the base, but they will,” said Debbie Dooley, an early tea party organizer and Trump ally who is close to Hice. “We’ve known Raffensperger was dead, and Jody can excite the base and raise money. This is a serious challenge.”

No heavyweight primary opponent has emerged yet against Kemp.

Some Trump allies are looking to former Rep. Doug Collins as an ideal challenger. Others close to Collins, one of Trump’s most high-profile House defenders during impeachment proceedings, say he is more likely to make another bid for the Senate after his unsuccessful campaign last year in a special election ultimately won by Sen. Raphael Warnock, a Democrat.

Collins was Trump’s choice in 2019 for a Senate vacancy, opened by Republican Johnny Isakson’s retirement. But Kemp opted for Kelly Loeffler. Collins finished third in a jungle primary behind Warnock and Loeffler last November before Warnock prevailed in the January runoff.

Hice has not cut as high a profile since his election in 2014 as Collins did in Washington, but the 60-year-old has been a loyal Trump lieutenant. He was among the many Republican officials in Georgia who relentlessly pushed Trump’s false claims of voter fraud last fall. He endorsed a lawsuit filed by Texas against Georgia and other battleground states seeking to overturn Biden’s victory in the U.S. Supreme Court — a suit the high court rejected — and he objected to the certification of Electoral College votes even after a pro-Trump mob violently stormed the U.S. Capitol on Jan. 6.

Trump’s ire has proven vexing for Raffensperger and Kemp.

Kemp won Trump’s endorsement in a heated Republican primary for governor in 2018 and has never publicly criticized the president. He even reaffirmed recently that he’d back Trump if he sought the White House again in 2024. Raffensperger has pushed back more directly, arguing forcefully in national media interviews last fall that the election was accurate and fair. He wrote an op-ed saying he felt “thrown under the bus” by a president he’d supported. Weeks before the Capitol insurrection, a Raffensperger aide angrily predicted the president’s rhetoric would lead to violence. Since then, both Kemp and Raffensperger have tried, carefully, to appeal to the Republican base by calling for changes to the state’s election law. Most specifically, the two men support requiring voter identification for absentee voting to replace the current signature-match requirement. But some GOP lawmakers want to go considerably further, rolling back Georgia’s no-excuse absentee voting altogether, contracting weekend early voting options in some counties and ending automatic voter registration.

Raffensperger and Kemp have been more circumspect publicly about their positions on the more sweeping proposals, though the incumbent secretary of state has continued to vouch for the integrity of absentee voting and the success of automatic registration.

Hice, despite his criticism of Raffensperger, also avoided any specifics about what changes he’d like to see in Georgia’s election, saying only that he is “encouraged to see the General Assembly taking it upon themselves to address some of the glaring issues in our elections.”