Trump, out of sight, tweets up storm, says he ‘feels great’ 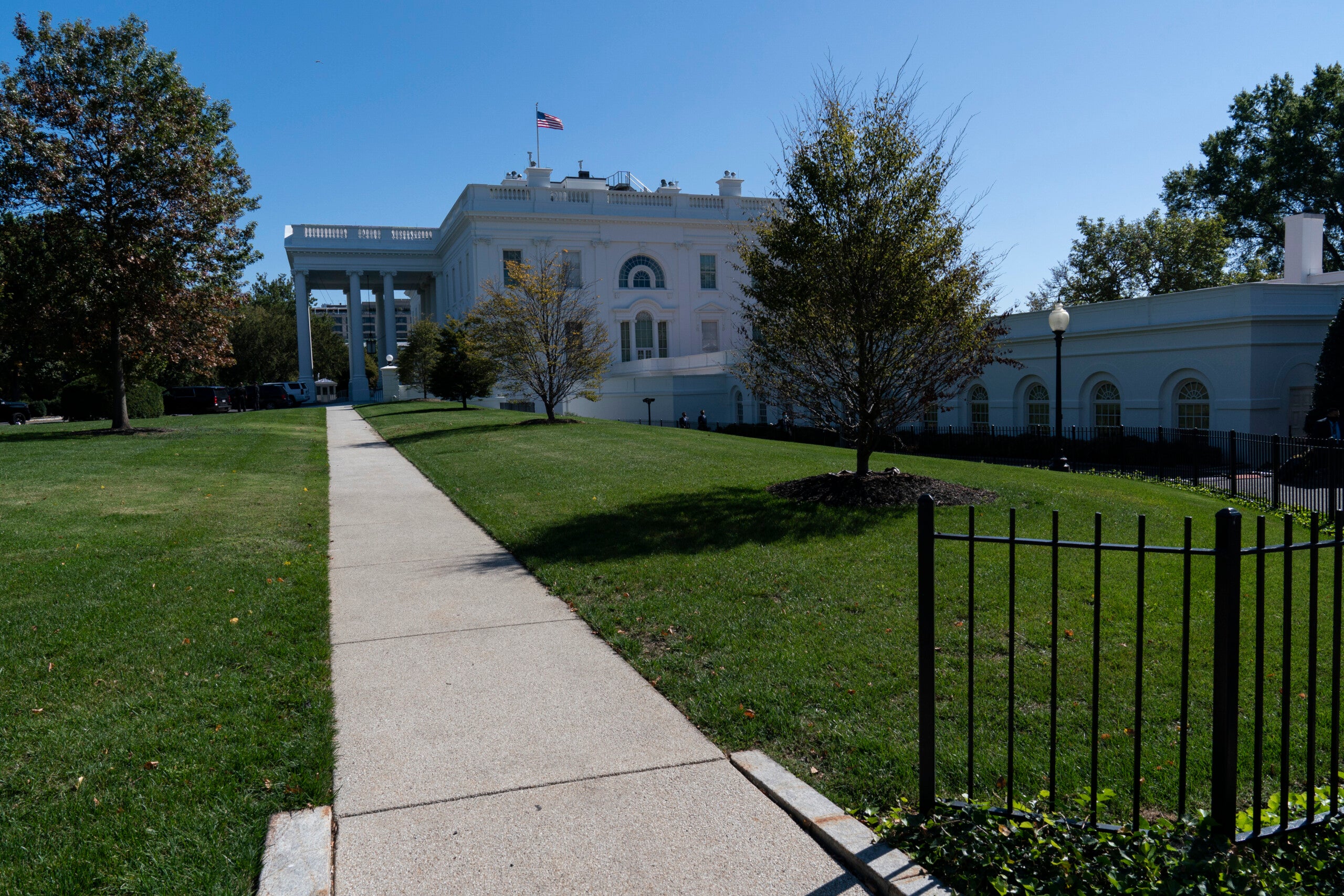 WASHINGTON (AP) — President Donald Trump remained out of sight for a second day Wednesday recovering from COVID-19, but he returned to work in the Oval Office and made his presence known on social media as he tweeted broadsides against Democrats and pushed lawmakers to take up piecemeal economic aid proposals after nixing negotiations on a broader assistance package.

It was Trump’s first visit to the Oval Office since being discharged from Walter Reed National Military Medical Center on Monday. While there he was briefed on Hurricane Delta, which is bearing down on the U.S. Gulf Coast, and on economic stimulus prospects.

Trump’s doctor reported Wednesday that the president continued to make progress in his recovery.

Conley added in a memo that Trump had been symptom-free for over 24 hours, and that his oxygen saturation level and respiratory rate were normal. The memo also said a blood test Monday showed Trump had coronavirus antibodies, substances that fight infection, but he had been given an experimental drug on Friday containing these.

Regeneron Pharmaceuticals Inc. says it’s not possible for this type of blood test to distinguish between antibodies Trump’s body may be making and those supplied by the company’s drug. Most likely, the ones detected in the Monday test are from the drug, the company said.

The Centers for Disease Control and Prevention says individuals can discontinue isolation 10 days after symptom onset. While reports of reinfection are rare, the CDC recommends that even people who recover from COVID-19 continue to wear a mask, stay distanced and follow other precautions.

Aides were instructed to take extensive precautions to prevent themselves from catching the coronavirus from the president.

Access to Trump for White House aides has been extremely limited since his discharge. White House chief of staff Mark Meadows and senior adviser Dan Scavino were among those with the president in the Oval Office. Those meeting with Trump are required to wear full personal protective gear to minimize their risk.

Trump could have received his briefings elsewhere in the complex, but the president believed it was important that he be seen working from the Oval, according to a White House official who was not authorized to comment publicly and spoke on condition of anonymity.

White House spokesman Brian Morgenstern told reporters Trump “wants to speak to the American people and he will do so soon.” But Morgenstern said he did not have specific details about when Trump may make a public appearance.

Amid the national public health crisis, a personal one, and warning flares from leading economists that the virus-scarred economy badly needs stimulus, Trump pushed out more than 55 tweets by midday praising supporters and eviscerating his opponents.

He again publicly played down the virus on Twitter after his return from a three-day hospitalization, though more aides continued to test positive — including one of his closest advisers, Stephen Miller, who was diagnosed Tuesday. All told, more than a dozen White House staffers have tested positive.

Even as the White House has become a ghost complex this week because of the disease, Trump pushed out video of South Dakota Gov. Kristi Noem speaking of her decision to resist COVID-19 restrictions in her state. He also thanked a supporter who tweeted she “would wade though a sea of COVID infested water to vote for President Trump on November 3rd.”

The president also said on Twitter that he had spoken with Texas Gov. Greg Abbott and Louisiana Gov. John Bel Edwards about the hurricane and urged residents in the path of the storm to be safe.

Trump on Wednesday tried to salvage a few priority items lost in the rubble of COVID-19 relief talks that he himself cut off a day earlier, pressing for $1,200 stimulus checks and new aid for airlines and other businesses hard hit by the pandemic.

In his barrage of tweets, Trump pressed for passage of specific chunks of assistance, an about-face from his abrupt move to abandon talks with a longtime rival, House Speaker Nancy Pelosi.

Associated Press writers Marilynn Marchione in Milwaukee and Lauran Neergaard and Jonathan Lemire in Washington contributed to this report.