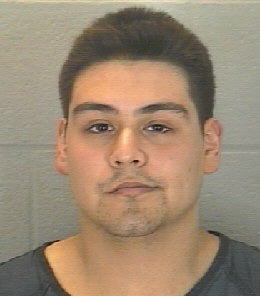 WEST LAFAYETTE, Ind. (WLFI) – A Purdue student is suspended from the university after being arrested on preliminary charges of rape and possession of paraphernalia.

Purdue University Police Chief John Cox says the victim came forward and reported that she had been raped over the weekend at the Acacia Fraternity to the law enforcement at an unidentified university in the state of Iowa. That department then notified Purdue police about the assault around noon Thursday.

After executing a search warrant, 20-year-old the James Rendon was taken into custody and questioned. He was later arrested and booked into the Tippecanoe County Jail around 10:30 p.m. Thursday.

Rendon is now prohibited from being on campus. Rendon lived at the Acacia Fraternity at 608 Waldren Street and is listed as a student in the College of Technology.

In addition, the fraternity has been suspended as a Recognized Student Organization, which suspends the organization from participating in any Purdue events, activities or functions.

“Purdue takes very seriously any allegation of misconduct or crime, especially those crimes against persons,” said Chief Cox. “Anytime we get a report, we react very judiciously and we work in concert with the administration, our dean of students.”

Outside of saying that the reporting university is in Iowa, police are not saying what university alerted them of the assault. The case is expected to be forwarded to the Tippecanoe County Prosecutor’s Office on Monday.

Chief Cox’s message to students is if you ever feel uncomfortable about a situation you find yourself in, you should say no, then report it immediately to police, your Resident Assistant, or even a professor or administrator. You can even stay anonymous.