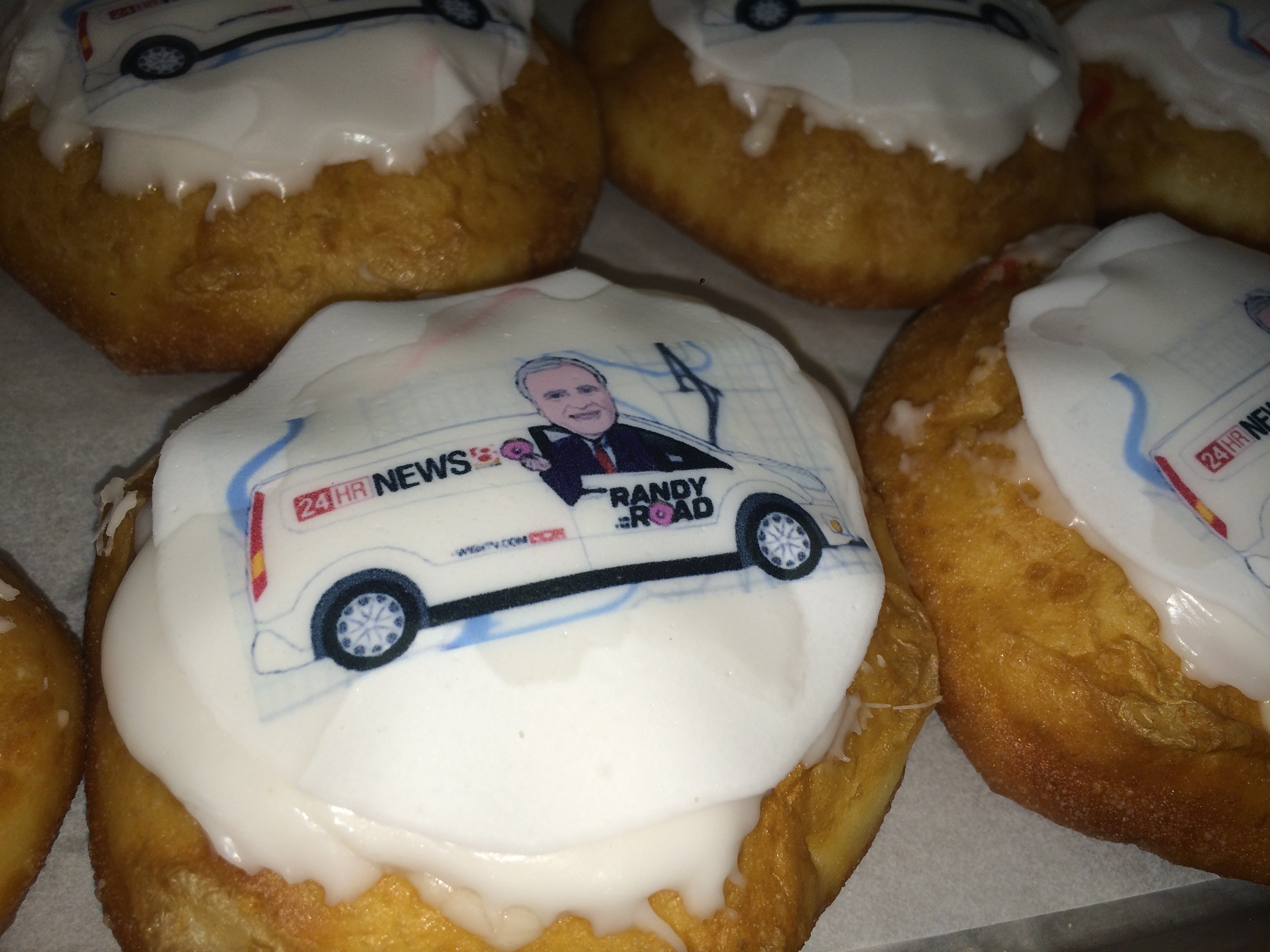 Tuesday, Randy heads to Taylor’s Bakery, located at 6216 Allisonville Road in Indianapolis. The family-owned business has been running for more than 100 years.

On Monday, Randy was at Long’s Bakery on West 16th Street in Indianapolis. He went to work cutting, frying and selling the daily batch of doughnuts to the bakery’s customers.

By the end of the week, Randy will have visited five different bakers and doughnuts shops in central Indiana. His stops include locations in Indianapolis, Shelbyville, Greensburg and Greenfield.