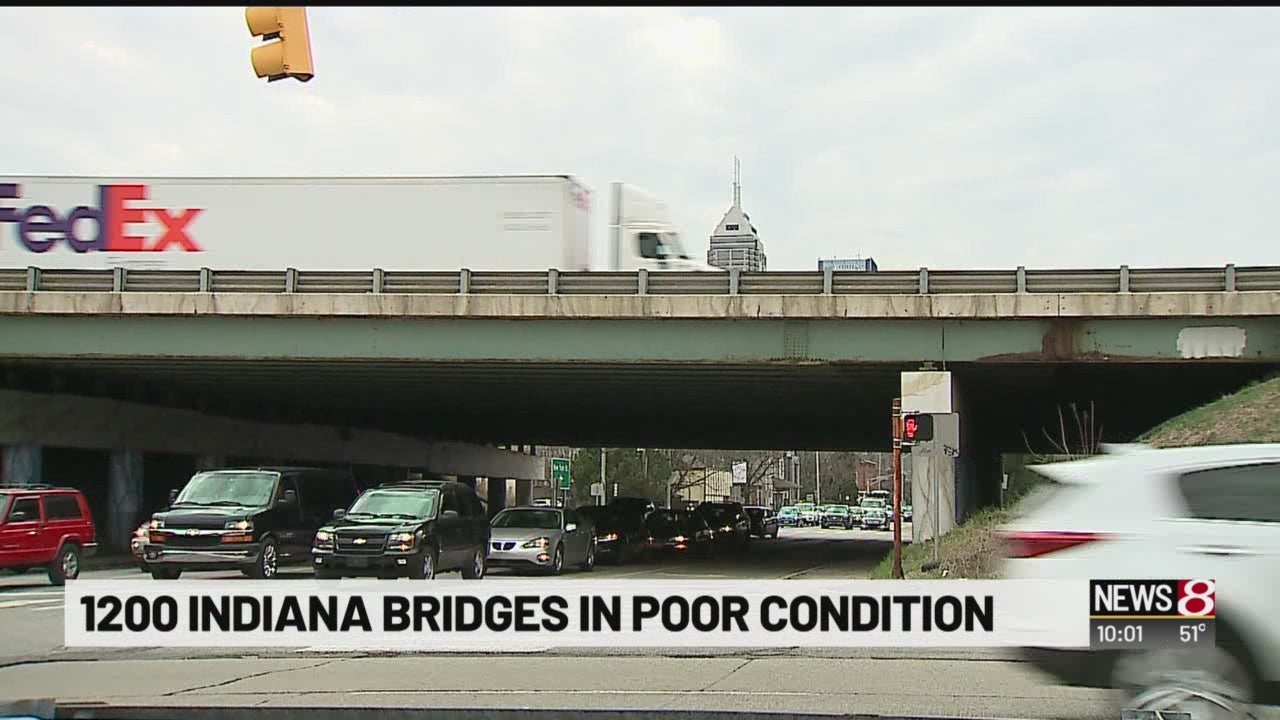 INDIANAPOLIS (WISH) — About 1,200 bridges in Indiana are in need of serious repair and several of the busiest ones are in Marion and Hamilton counties, according to a new report.

These bridges are being called “structurally deficient,” meaning they are rated having poor or failed condition when it comes to parts of the bridge structure. It’s all part of a report by the American Road and Transportation Builders Association.

The bridges on this list go to downtown Indianapolis, to the Indianapolis Motor Speedway, to Carmel. They’re all over.

“We have a lot of bridges that are near that 40-50 years age and near the end of their lifespan,” said Indiana Department of Transportation spokesman Scott Manning.

These 1,203 bridges are crossed more than 3 million times every single day. The most traveled is above New York and Ohio streets on I-65. That one is crossed 186,289 times per day.

“It doesn’t mean the structure is unsafe. It just means our inspectors and our engineers have to watch it closely and have a plan to addresses the condition of the bridge,” said Manning.

He said the plan could be a total replacement or a repair to whatever is in need. It all is decided on a case-by-case basis.

INDOT said its engineers will do inspections a couple times a year, keeping a close eye on these bridges.

“If a bridge is not safe for travel, we will close it,” said Manning.

In total, Manning said INDOT spends $400 million on bridge projects a year. He said INDOT has spent the past couple years focusing on these bridges needing desperate repair, and now they have fewer than 140 bridges in poor condition.

Nearly half of bridges in poor condition are local, meaning a city or municipality controls it.

At least one of the bridges is under the control of Indianapolis authorities: Kessler Boulevard West Drive over the White River. City leaders said that they are still in the design phase of getting those repairs done.

The Indiana 2019 Bridge Profile lists these as the “Top Most Traveled Structurally Deficient Bridges in Indiana”: