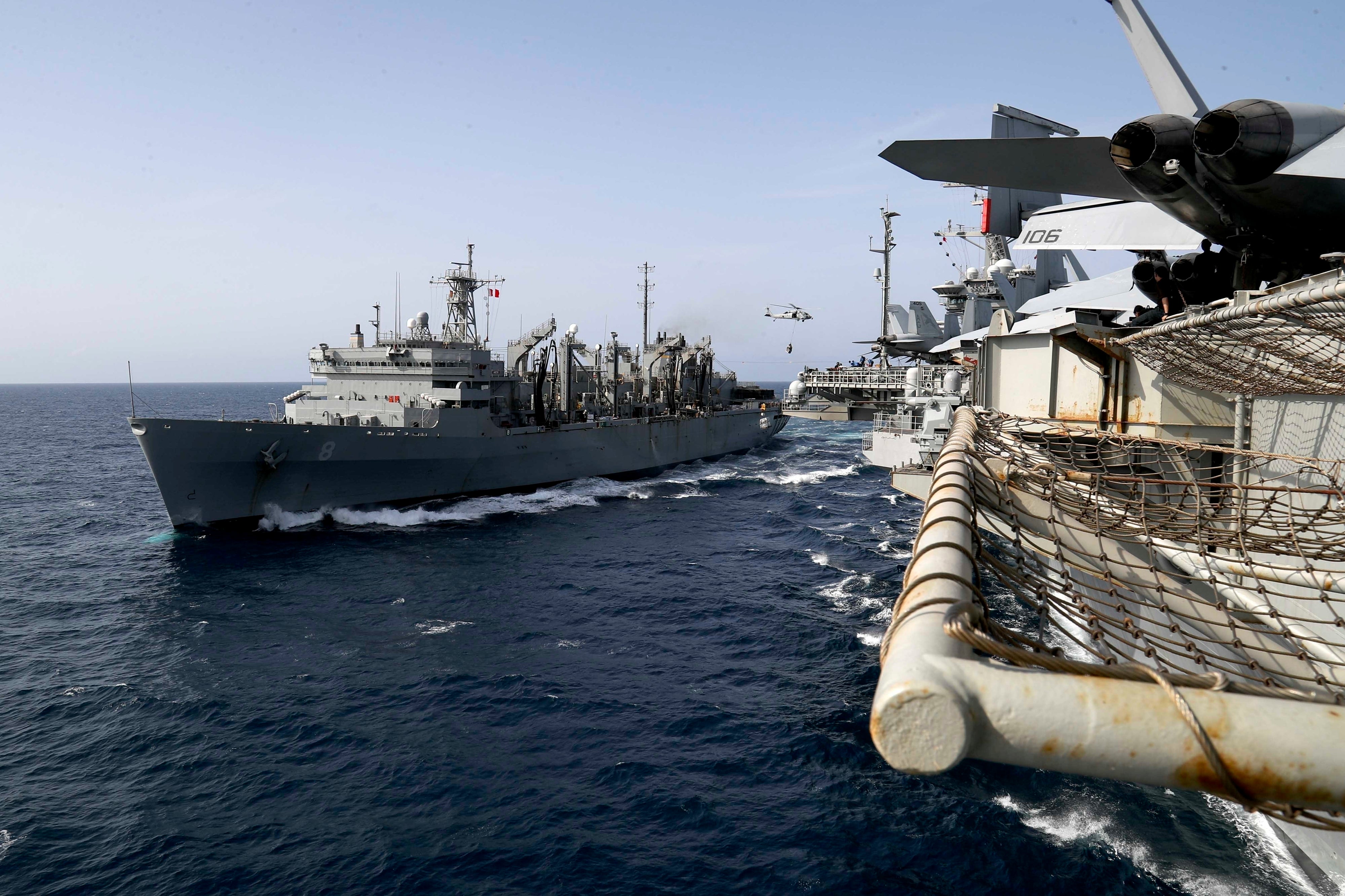 Iranian officials made a point to stress that the uranium would be enriched only to the 3.67% limit set under the 2015 nuclear deal with world powers, making it usable for a power plant but far below what’s needed for an atomic weapon.

But by increasing production, Iran soon will go beyond the stockpile limitations set by the accord. Tehran has set a July 7 deadline for Europe to come up with new terms for the deal, or it will enrich closer to weapons-grade levels in a Middle East already on edge. The Trump administration has deployed bombers and an aircraft carrier to the region over still-unspecified threats from Iran.

Already this month, officials in the United Arab Emirates alleged that four oil tankers were damaged in a sabotage attack; Yemeni rebels allied with Iran launched a drone attack on an oil pipeline in Saudi Arabia; and U.S. diplomats relayed a warning that commercial airlines could be misidentified by Iran and attacked, something dismissed by Tehran.

A rocket landed Sunday near the U.S. Embassy in the Green Zone of Iraq’s capital of Baghdad, days after nonessential U.S. staff were ordered to evacuate from diplomatic posts in the country. No one was reported injured. Iraqi military spokesman Brig. Gen. Yahya Rasoul told The Associated Press that the rocket was believed to have been fired from eastern Baghdad, an area home to Iran-backed Shiite militias.

The Iranian enrichment announcement came after local journalists traveled to Natanz in central Iran, the country’s underground enrichment facility. There, an unidentified nuclear scientist gave a statement with a surgical cap and a mask covering most of his face. No one explained his choice of outfit, although Israel is suspected of carrying out a campaign targeting Iranian nuclear scientists.

The state-run IRNA news agency later quoted Behrouz Kamalvandi, the spokesman of the Atomic Energy Organization of Iran, as acknowledging that capacity had been quadrupled. He said Iran took this step because the U.S. had ended a program allowing it to exchange enriched uranium to Russia for unprocessed yellowcake uranium, as well as ending the sale of heavy water to Oman. Heavy water helps cool reactors producing plutonium that can be used in nuclear weapons.

Kamalvandi said Iran had informed the International Atomic Energy Agency, the U.N. nuclear watchdog, of the development. The Vienna-based agency did not respond to a request for comment. Tehran long has insisted it does not seek nuclear weapons, though the West fears its program could allow it to build them.

Before Iran’s announcement, Trump tweeted: “If Iran wants to fight, that will be the official end of Iran. Never threaten the United States again!”

Trump’s remarks reflect what has been a strategy of alternating tough talk with more conciliatory statements he says is aimed at keeping Iran guessing at the administration’s intentions. He also has said he hopes Iran calls him and engages in negotiations.

He described his approach in a speech Friday, saying, “It’s probably a good thing because they’re saying, ‘Man, I don’t know where these people are coming from,’ right?”

But while Trump’s approach of flattery and threats has become a hallmark of his foreign policy, the risks have only grown in dealing with Iran, where mistrust between Tehran and Washington stretch back four decades. While both Washington and Tehran say they don’t seek war, many worry any miscalculation could spiral out of control.

“Iranians have stood tall for a millennia while aggressors all gone,” he wrote. “Try respect – it works!”

Zarif also used the hashtag #NeverThreatenAnIranian, a reference to a comment he made during intense negotiations for the 2016 nuclear accord.

Trump campaigned on pulling the U.S. from the deal, which saw Iran agree to limit its enrichment of uranium in exchange for the lifting of economic sanctions. Since Trump withdrew America a year ago from the pact, the U.S. has re-imposed previous sanctions and come up with new ones, as well as warning other nations they would be subject to sanctions as well if they import Iranian oil.

British Foreign Secretary Jeremy Hunt told journalists in Geneva that Iran should not doubt the U.S. resolve, warning that “if American interests are attacked, they will retaliate.”

“We want the situation to de-escalate because this is a part of the world where things can get triggered accidentally,” Hunt said.

Meanwhile, Oman’s minister of state for foreign affairs made a previously unannounced visit Monday to Tehran, seeing Zarif, the state-run IRNA news agency said. The visit by Yusuf bin Alawi comes after U.S. Secretary of State Mike Pompeo called Oman’s Sultan Qaboos bin Said last week. Oman long has served as a Western backchannel to Tehran and the sultanate hosted the secret talks between the U.S. and Iran that laid the groundwork for the nuclear deal negotiations.

In Saudi Arabia, the kingdom’s military intercepted two missiles fired by the Iranian-allied Houthi rebels in neighboring Yemen. The missiles were intercepted over the city of Taif and the Red Sea port city of Jiddah, the Saudi-owned satellite channel Al-Arabiya reported, citing witnesses. The Saudi Embassy in Washington later confirmed the interceptions.

Hundreds of rockets, mortar rounds and ballistic missiles have been fired into the kingdom by the rebels since a Saudi-led coalition declared war on the Houthis in March 2015 to support Yemen’s internationally recognized government.

The Houthis’ Al-Masirah satellite news channel denied that the rebels had any involvement with this round of rocket fire.

Between the two targeted cities is Mecca, home to the cube-shaped Kaaba that Muslims pray toward five times a day. Many religious pilgrims are in the city for the Muslim holy month of Ramadan.