Reward increases to $96,000 for info leading to arrest in Delphi case 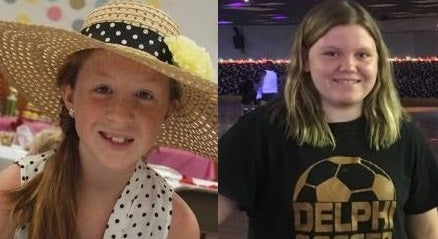 DELPHI, Ind. (WISH) – The reward for information leading to an arrest for the murders of Libby German, 14, and Abby Williams, 13, has increased to $96,000 according to Indiana State Police.

“We understand times are tough for everybody but it says to me that the community is with us,” Indiana State Police Sgt. Tony Slocum said. “We’re a partner and we all want this crime to be solved.”

Mitchell’s Mexican Restaurant in downtown Delphi donated $6,300 to the fund. The restaurant donated all of the proceeds from a benefit they held last Monday plus donations from customers.

“A lot of people are scared, watching their backs, locking their houses when they maybe didn’t use to,” owner, Corey Mitchell Dunbar said. “We’re trying to help out anyway we could.”

Police said they are still sorting through a stack of mail that could contain even more contributions to the reward fund.

In addition to the reward increasing, investigators relocated on Saturday from Delphi’s municipal building to the Carroll County REMC building.

“Everyday when the investigators come, the motto is: Today’s gonna be the that day. Today’s the day we’re gonna arrest somebody for the murders,” Slocum said.

The Delphi girls’ bodies were found Feb. 14 in a wooded area near the community about 60 miles northwest of Indianapolis. They vanished the day before while out on the trail.

Authorities have released a grainy photo of a man and audio of a male saying “down the hill” taken from German’s cellphone.

Click here to hear the suspect saying “down the hill.” The audio and photo released of a suspect were taken from the cell phone of one of the victims, Libby German.

If you would like to leave a tip, you are asked to call the Delphi Murder Tip Line at 1-844-459-5786, or you can email your tip to: abbyandlibbytip@cacoshrf.com.

Donations for the reward fund can be mailed or dropped off at the Indiana State Police Alliance at 1415 Shelby Street, Indianapolis IN, 46203.