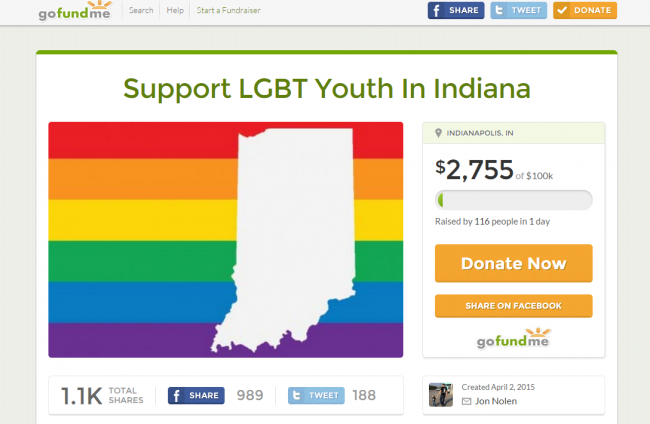 INDIANAPOLIS (WISH) – The state of Indiana is watching dueling GoFundMe campaigns after the firestorm of RFRA.

One was established for Memories Pizza and the other for LGBT youth in Indiana.

Memories Pizza is the Indiana pizza shop whose owners said their religious beliefs wouldn’t allow them to cater a gay wedding.

Their GoFundMe site, benefiting the restaurant had raised more than $550,000 as of Friday morning.

The Indiana Youth Group had a campaign established to raise funds that is in direct response to the Memories Pizza campaign.

Their GoFundMe site states that “Take a minute after you’re done trolling Memories on Yelp and being angry about it on Facebook and Twitter and put $1 where your mouth is and do something positive that will have a direct impact on LGBT youth in the state of Indiana.”