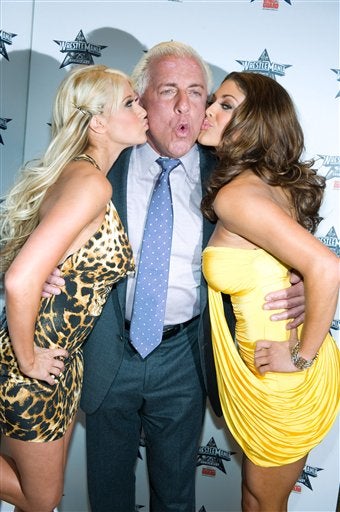 FORT WAYNE, Ind. (WANE) – Professional wrestler Ric Flair, a 16-time world champion, was kicked out of The Deck for using vulgar language towards an employee.

Restaurant manager Laurie Schrader said Flair was at the place for around five minutes when he hurled insults.

He then asked Schrader if she knew who he was, but that wasn’t enough for the legendary wrestler to stick around.

Flair was in Fort Wayne Sunday for the Heroes and Legends event at Memorial Coliseum.

Schrader said Flair is not welcome back at The Deck.