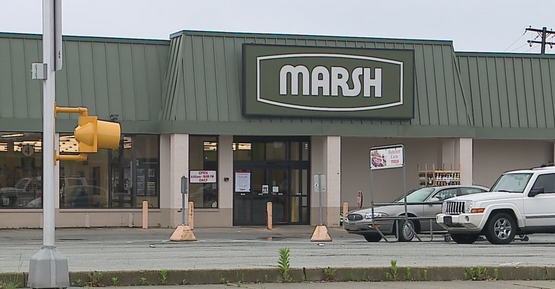 Marsh made the announcement Wednesday afternoon. Two different companies are involved in the transactions. One is part of the Kroger corporation, and the other is associated with Fresh Encounter grocery stores.

The grocer filed for bankruptcy last month, saying if it could not find a buyer, it may be forced to close its remaining 44 stores.

CVS Pharmacy was trying to stop the two buyers’ deals, saying they could violate a deal they made earlier this year to purchase Marsh’s pharmacy operations. The Indianapolis Business Journal reports the two companies came to an agreement with CVS, which bought rights to Marsh pharmacies. According to that agreement, the new stores will not have pharmacies until Jan. 31. The pharmacies closed down last month.

Marsh spokesman Tom Mulligan said in an email to 24-Hour News 8 that the remaining stores without buyers will undergo liquidation sales beginning Thursday and continuing until the inventory is sold, most likely in early July.

Many of the Marsh stores that could close are near other groceries. So those Marsh shoppers would have options.

In Beech Grove, the nearest store is only a couple miles away — but here’s the twist. A lot of people walk to Marsh in the Marion County town, and it’s the only food store within walking distance for many, including residents at a senior community.

Mayor Dennis Buckley said he would be concerned if a grocery store does not replace the Marsh. Judy Nuckles and people like her has him worried. Nuckles lives in the senior community and cannot drive. She and others walk to the Marsh when they need anything. The senior community does offer a shuttle every week, but she is holding out hope a grocery will be staying right across the way.

The mayor said he spoke with one grocery company on Wednesday about coming to Beech Grove, and he hopes there will be progress next week.

On another note, neither of the buying companies responded to a request for comment on the future of Marsh employees at the stores they will obtain.

The 11 Marsh stores that would be taken over by Topvalco Inc. are:

The stores that would be taken over by Generative Growth II LLC are: