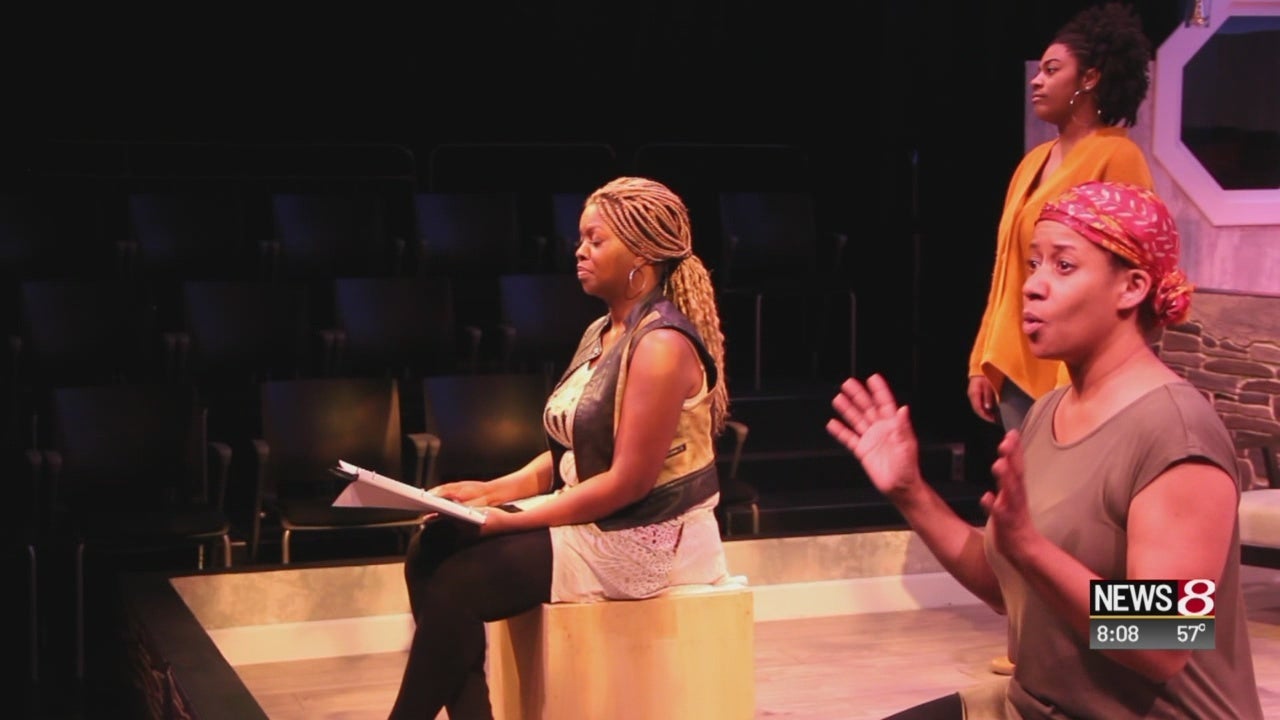 INDIANAPOLIS (WISH) – African-American women in central Indiana are making their voices heard loud and clear. In a battle against discrimination and with the help of IUPUI, they’re tackling the conversation through theater.

Dr. Sally Wasmuth, a professor in the School of Health and Human Sciences, and her team received a $25,000 grant to work on the project.

She only thought they would be tackling health issues, like staggering mortality rates of African-American women giving birth, but they discovered much more after interviewing 10 black women from the Indianapolis area.

“While she was doing the interviews all these different stories would come out that weren’t about health care that were about being in a store or being in a restaurant,” director and co-project leader, Lauren Briggeman said. “So much content that felt really important and critical and that people needed to hear.”

Wasmuth says some of what she was hearing in these interviews revealed to her the struggle of what these women go through in their daily lives.

“The thought that a whole group of people are walking around experiencing that, I just find that really heartbreaking and unacceptable,” Wasmuth said.

They decided to call the play “Same Blood: Stories of Inequity from 10 Black Women in Central Indiana.”

As an actor, Tiffany Gilliam found herself telling a story that was all too familiar.

“I mean it’s my story, it’s my mom’s story, it’s every woman that I know that looks like me,” Gilliam said.

“There was a young lady in the audience on our first performance and I could see I could visually see how our words and our performance were affecting her.”

People behind the play say the best thing an audience member can bring with them is an open mind.

“What’s great about theater, is for me, I think, it’s the greatest creator of empathy because you’re sitting in the same space with these people while they’re telling their stories and you can really put yourself in their shoes,” Briggeman said.

“I think sometimes it’s hard to sit there and digest this and really have to come face to face with the fact that these things are still happening,” Briggeman added.

They say seeing life through someone else’s eyes may be the only way to start a conversation about real change.

“It’s really important that we look to ourselves to see I am the start of the change,” Gilliam said.

They hope breaking down these tough conversations will make them easier to have.

The grant that made the “Same Blood” play possible is called the Trail Blazer Award.

It is part of Wasmuth’s ongoing research on population health and the use of arts-based initiatives to promote occupational justice.

The show aired twice in May, but organizers say they plan on showing the play again in the summer.

To learn more about the “Same Blood” play, click here.