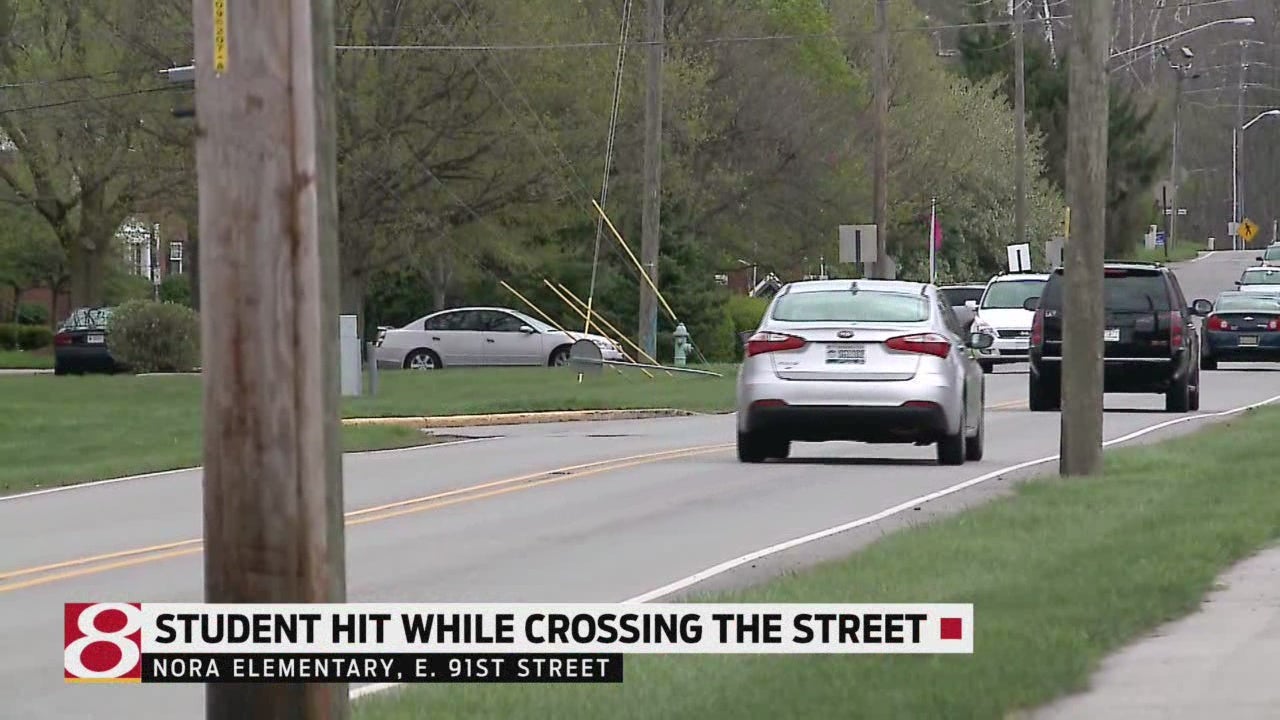 INDIANAPOLIS (WISH) – A principal is ramping up safety precautions outside her school after a student was hit while crossing the street.

The accident happened last Wednesday in front of Nora Elementary off East 91st Street. The 7-year-old boy initially survived the accident and was taken to Riley Hospital for Children at IU Health, but school officials said he died Sunday because of his injuries.

Principal Amber Walters said everyone from the students to the staff are upset. A letter what happened was sent to parents Monday and counselors have been made available all week to those who need one.

But as the school grieves, they’re also taking action to make sure something like this doesn’t happen again.

“It is really heavy on all of our heart,” said Walters.

It was 5 p.m. Wednesday, a time when drivers were making their evening commute home and when students who need tutoring make their way to Nora Elementary.

Police said one of the students, a 7-year-old boy, was getting ready to cross the street with a family member when he darted out in front of traffic. Investigators said the driver had no time to swerve.

“My staff is having a very difficult time because we hold our kids close. They’re like our own children to us,” she said.

91st Street in front of the school doesn’t have any crosswalks. Students who live across the road are taken to and from school on a bus or get their own ride. But when they need to come back later for tutoring, buses aren’t offered.

“So they walk,” said Walters. “Their parents walk them because often many of our families don’t have that means of transportation.”

But just because they don’t have a crosswalk doesn’t mean they can’t have a crossing guard. Principal Watlers along with staff and parent volunteers are now guiding kids who need tutoring across 91st Street. “We have a plan. There are people assigned to every day of the week.”

Once tutoring finishes, a bus is now being brought in to take students home. The changes help, but Principal Walters knows she and the volunteers can’t always be there when kids need to cross, whether that’s to go to school or for a trip to the playground.

She also worries about when school is out for the summer since kids have more freedom to cross 91st Street without supervision.

“We don’t want this to happen ever, ever again. So we’re going to do whatever it takes to ensure the safety of our kiddos,” she said.

That’s why her main goal is to get a crosswalk installed. She said she’s been asking the city to get one for years but nothing’s happened.

“I would assume in all things funding is an issue. However there’s not cost on the child’s life and so you know we have to do what we have to do to make these things happen and ensure their safety,” she said.

Besides a crosswalk, Walters also wants to have the school zone speed limit signs moved closer to the school so drivers remember to slow down as they pass by.