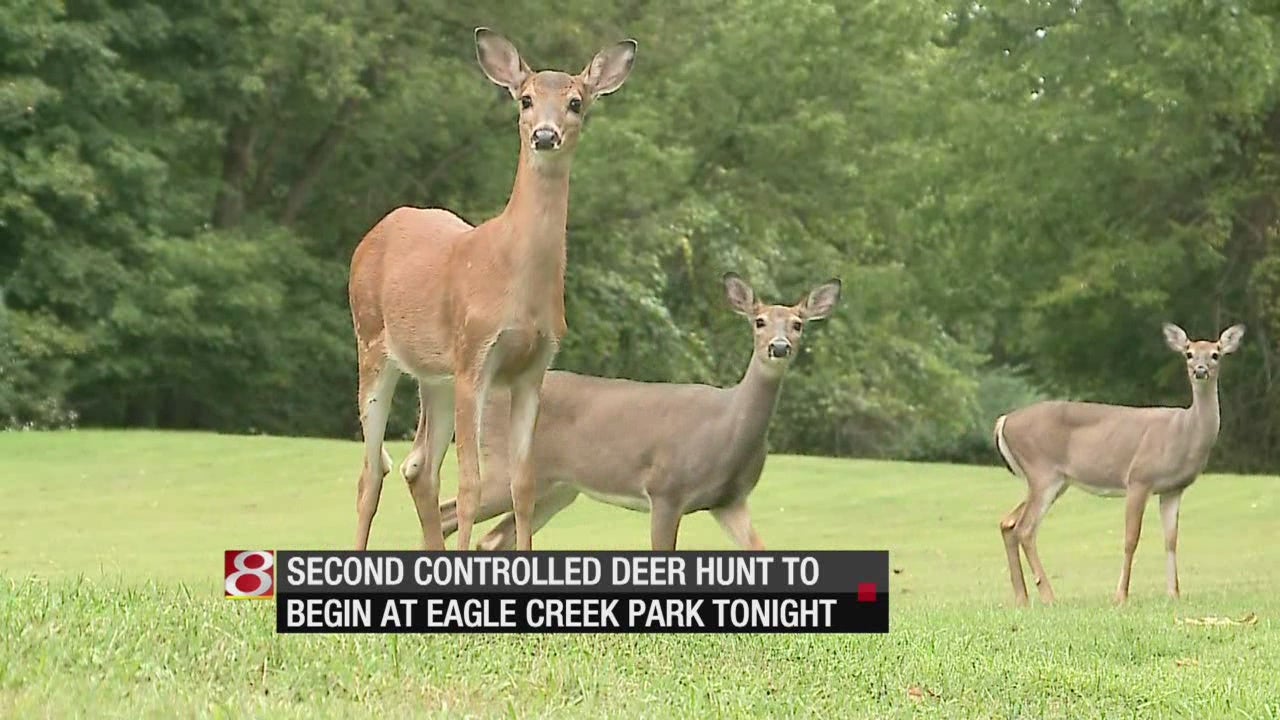 INDIANAPOLIS (WISH) — Hunters will make their way to Eagle Creek Park Monday for a second controlled deer hunt inside the park. It’s part of a controversial plan to reduce the park’s growing deer population. The city said the deer population is so large that it’s damaging the park’s ecosystem.

During the first hunt at the end of November, the city allowed Wounded Warriors to hunt in the park. The hunters killed about 142 deer and donated 4,800 pounds of venison to local food pantries.

For the second hunt, the city will allow USDA hunters to hunt at Eagle Creek after hours, when the park is already closed. Regular activities in the park will not be interrupted by the hunt. The hunters will be using suppressors to reduce the distraction for people living near the park. Lesley Gordon, the city’s Parks and Recreation spokesperson, said most neighbors are used to the sound of gunfire because there is already a gun range on the Eagle Creek property.

The hunts have drawn criticism from people who believe it’s too dangerous to hunt in a public park, and others who believe the hunt is inhumane for the deer. The USDA is analyzing the park to to help the city decide how to handle the deer population after this hunt.

“As with most deer management programs it must be maintained. The USDA will help DPR analyze the park and help us decide the best methods moving forward, which could include other techniques other than culling, since the population will be more manageable. USDA should have some recommendations later this year,” said Gordon.

The venison from this hunt will once again go to local food pantries.