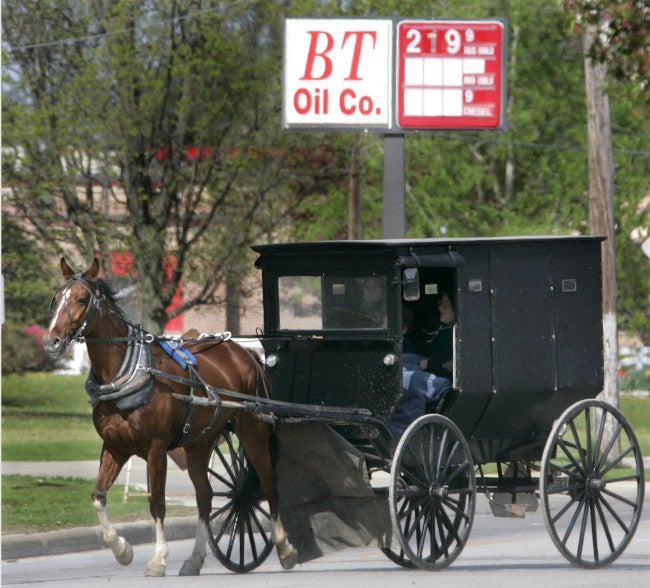 The Homeland Security and Transportation Committee voted 8-0 to approve the measure, which would allow a religious exemption to Indiana’s photo requirement on state IDs. The measure now goes to the full Senate for consideration. The House already passed the measure on an 82-14 vote.

Indiana has the third largest Amish population in the country, behind Ohio and Pennsylvania. The Amish believe the current photo requirement conflicts with the Biblical prohibition against the making of “graven images,” and many have trouble accessing outside businesses such as banks and pharmacies that require a state-issued ID.

It could be “anything from mortgages to real estate transactions, to purchasing supplies for their farms where an ID card is necessary,” said Rep. Robert Morris, R-Fort Wayne, who authored the bill. “Really anything imaginable where they say, ‘Can we see an identification card?'”

“We need different types of ID for that,” Beaumont said. “This would be an important tool for us to help serve our members who are part of the Amish community.”

The IDs would be similar to Indiana’s current licenses and would list the holder’s height, weight, gender, birth date, address and a unique license number. However, they would not be recognized by the federal government, and those who choose this ID would not be able to use it to fly commercially, cross federal borders, enter federal buildings, drive or vote.

Other states have passed similar legislation, including Pennsylvania, Arkansas, Missouri and Illinois, although many laws indicate that the department of motor vehicles has discretion on whether or not to issue the IDs.

If passed, applicants who have a sincere religious objection to having their picture taken would instead sit for a non-photographic facial recognition scan that the BMV would keep on record.

“It’s more like an X-ray,” Morris said. “Your facial features are actually more identifiable than a fingerprint.”

No one spoke out against the bill, but critics have previously expressed concern that such a law would increase the use of false of fake IDs and businesses would have no way to determine if an ID is authentic.