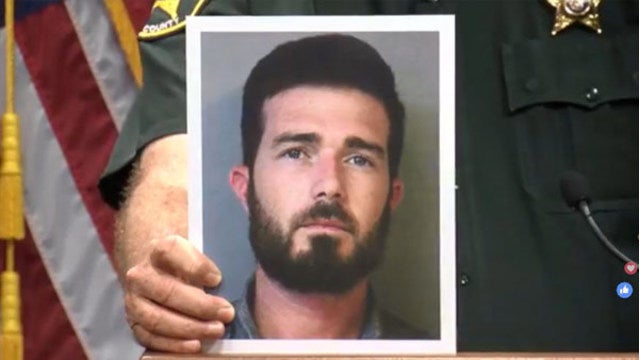 POLK COUNTY, Fla. (WFLA) – Polk County Sheriff Grady Judd says the deadly shooting of a man who was chasing and threatening an Uber driver was a classic Stand Your Ground case.

“Leave people alone, they may have a gun and shoot you,” said Judd Wednesday morning when releasing details about the shooting.

Prior to the shooting, Judd said that Boek had been waiting in the parking lot of the Grove Lounge on US Highway 27 in Dundee while his girlfriend was inside the bar.

Boek saw a woman who he thought was his girlfriend, be helped into an Uber by another woman and a bartender.

The woman who was put in the Uber was not Boek’s girlfriend.

Judd said that Westlake is a concealed weapon permit holder and a licensed security guard who recently completed police academy. Westlake had a gun in his car.

Boek’s girlfriend, who was not in the Uber, began receiving texts from Boek that indicated he thought she got in to the Hyundai that was driven by the Uber driver.

Boek texted that he was going to follow the Uber driver and bat him up.

Boek was aggressively following the Uber in a Ford F-250 pickup truck. He approached the Hyundai from behind, passed and then pulled in front of it. Boek then stopped in the road in front of the Hyundai.

Westlake stopped the Hyundai. Boek got out of his truck and walked toward the Hyundai yelling at Westlake that he had a pistol.

Boek continued to approach and Westlake reached into the pocket of the driver door, grabbed his handgun, and fired one shot at Boek.

After Boek was shot, Westlake called 911 and began lifesaving measures.

Westlake later told deputies he thought Boek was trying to run him off the road.

“This is a justifiable homicide all day long,” said Judd. “You have a right to protect yourself. This is a classic stand your ground case.”

Detectives will search Boek’s truck later today. They believe drugs could be inside.