Shootings in northwest neighborhood all to familiar for residents 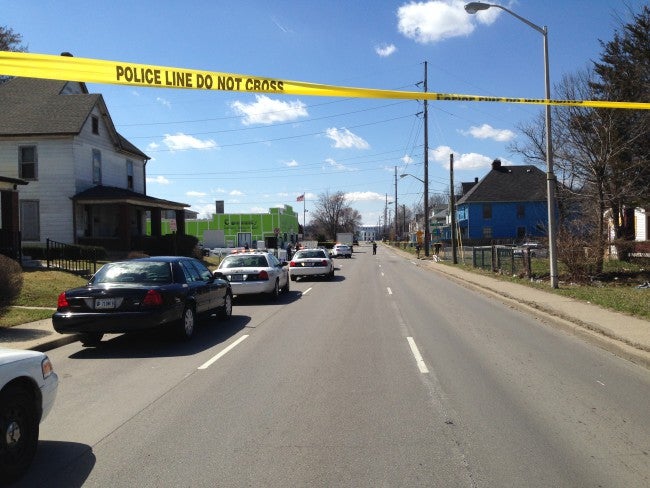 INDIANAPOLIS (WISH) – An 8-year-old is in serious condition after police say he was shot while standing outside an appliance store where his family works northwest of downtown Indianapolis.

The incident happened around 2:15 p.m. at Community Appliance Empire for Less in the 1300 block of West 30th Street. The 8-year-old boy was standing outside the store with another child when the shooting happened. The children were on spring break.

Police say the bullet hit the boy’s arm, then passed into his chest and out of his body. The boy was taken to Riley Hospital for Children at IU Health in serious condition, but was alert and conscious

Police asked that people come forward if they heard or saw anything related to Tuesday afternoon’s shooting. Investigators were analyzing store surveillance video.

“We’re asking for help,” said Officer Christopher Wilburn, IMPD. “There’s an 8-year-old that has been shot here. There’s nothing more precious than a young life and that’s what we’re wanting to focus on.”

Neighbors said the flashing lights, police tape, and detectives searching for answers has become an all too familiar scene along that stretch of 30th street.

“Just moved into the neighborhood couple of months ago and it’s just, it’s been something every week,” said Treva Little.

The shooting happened just down the street from a church where families were remembering two of four found people shot to death inside a house in Indianapolis recently. Funeral services were Tuesday for Terri Lynn Betties and Davon Whitlock.

Reverend Charles Harrison conducted the funeral. He also leads the Ten Point Coalition, a faith based group that tries to stop violence in the community. The funeral was held at Barnes United Methodist Church, only a few blocks away from where the 8-year-old was shot.

“As we were coming out and they were ready to put the bodies in the hearse, news started spreading that there had been a shooting just up the street,” he said.

Harrison as well as Little said people in the area need to start speaking up to police not just to help them solve the crimes, but prevent more from happening.

“There are people out here in these neighborhoods that know what’s going on. They know the people who are causing the problems, who are selling the drugs, who are involved in these criminal activities and who have guns,” Harrison said.