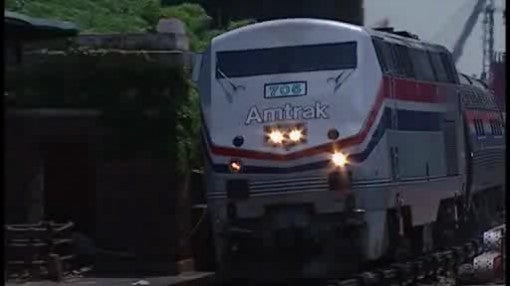 INDIANAPOLIS (AP) – Indiana state and federal agencies announced Monday a short-term deal to keep Amtrak service between Indianapolis and Chicago going and are working on a long-term agreement.

A federal Railroad Administration policy announced last month would have effectively deemed Indiana a rail carrier even though it does not own any tracks or trains, which threatened to derail the state plan to keep the four-days-a-week service running.

The agreement calls for the Indiana Department of Transportation to write contracts to ensure that Amtrak and Iowa Pacific meet federal safety rules and requirements for the disabled. The state agency will also designate a staff member to oversee compliance, spokesman Will Wingfield said.

“We are both committed to a path toward continuing the Hoosier State service,” INDOT Commissioner Karl Browning said in a statement. The agency has been working to improve passenger rail service along the 196-mile Hoosier State line for the past year.

“We are confident that our joint commitment will help enable continued safe access for passengers between Indianapolis and Chicago,” she said.

Under the proposed service, Amtrak would be the primary operator, working with host railroads, providing train and engine crews, and managing reservations and ticketing. Iowa Pacific would provide the train equipment, train maintenance, on-board services and marketing.

The Hoosier State train stops in Crawfordsville, Lafayette, Rensselaer and Dyer, and is the least-traveled Amtrak route, with just under 34,000 passengers in fiscal year 2014. The line is one of 28 Amtrak routes under 750 miles affected by a 2008 congressional act that shifted most of the costs of those lines to the states in October 2013.

INDOT announced last month the rail service would cease April 1, but then said the passenger line would continue through April 30.